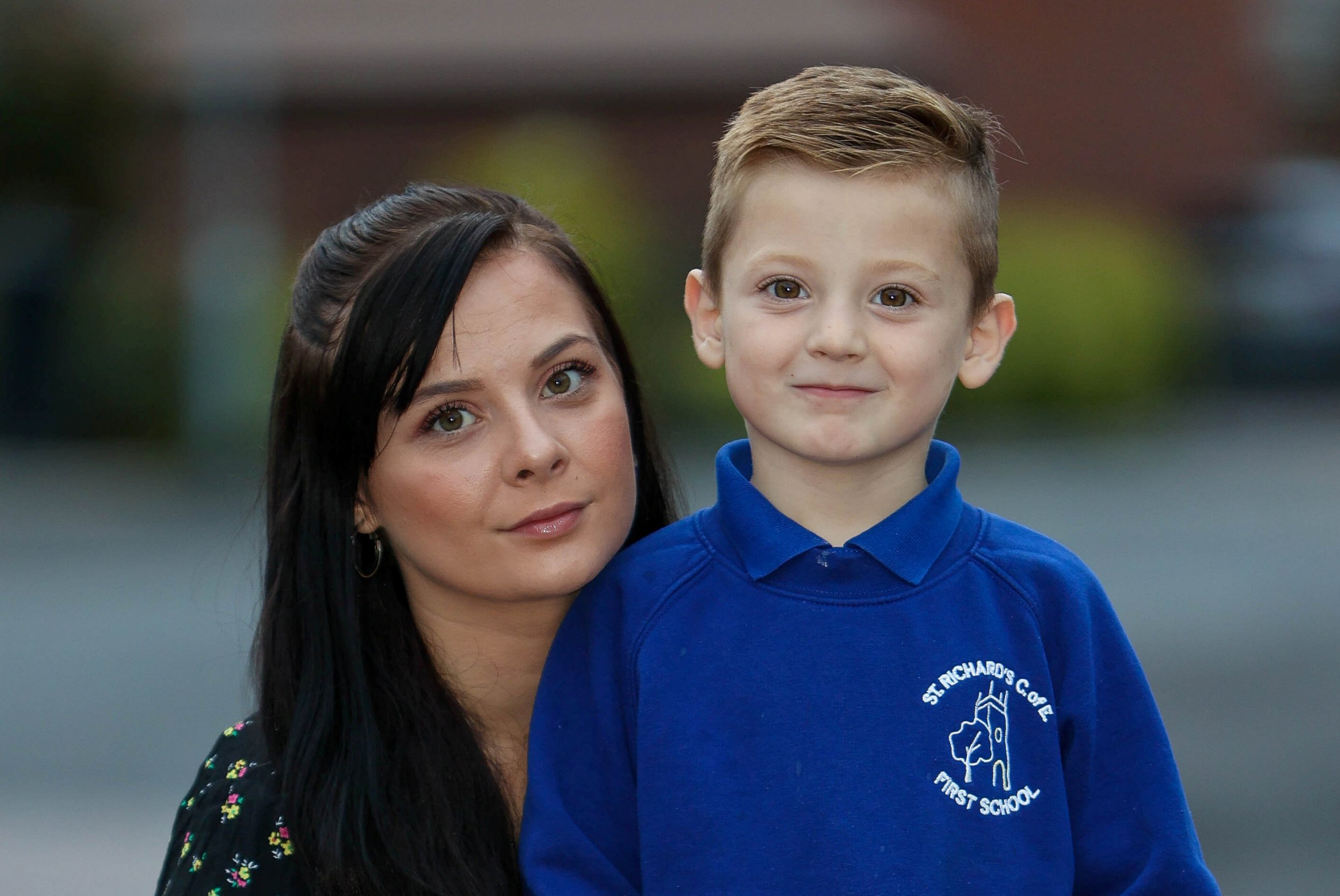 A little schoolboy was found wandering alone crying in the streets after escaping from his classroom.

Alfie Summers, 4, managed to walk through an unlocked gate before crossing several busy roads, without staff even realising.

He was discovered by a stranger half a mile away from St Richard’s Church of England School in Evesham, Worcestershire, on Tuesday morning.

The reception pupil was crying for his mother and ‘soaked to the bone’ wearing just his PE kit in the torrential rain.

Police were called and officers alerted several nurseries before Alfie was eventually returned to the right school.

Furious mum-of-four Katrina Deegan, 28, is now demanding to know how her boy escaped under the noses of staff.

She said: ‘It’s every parent’s worst nightmare. Anything could have happened to him.

‘Apparently he was in a really distressed state and running back and forth across a busy road before a woman found him and called police.’

Alfie told his mum he walked out because a teacher had been ‘horrible’ and shouted at him.

Ms Deegan said: ‘When I got the phone call from the headteacher I panicked and was full of dread. I thought I was never going to see Alfie again.

‘He said there had been a “little bit of an incident” and that Alfie had gone missing and the police were on the way with him.

‘When you’re told by a school there has been an incident you expect him to have fallen in the playground and bumped his head, not that he had gone missing.

‘When the police turned up, Alfie was so upset and distraught. He was soaked to the bone and must have been terrified.’

She added: ‘I went into school today and they were apologetic but couldn’t answer my questions.’

Head teacher Mark Ridlinton apologised and said the school is reviewing their procedures and investigating the incident.

‘We would like to apologise to the parents and the child for this unacceptable incident and assure all parents that we take our responsibilities extremely seriously and whilst in our care, pupil safety is our top priority.’