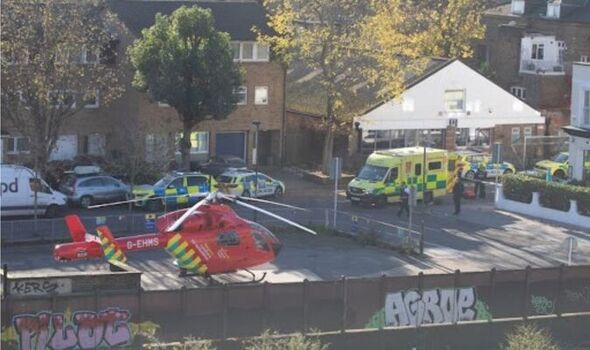 A 17-year-old boy was stabbed in Peckham on Friday night and rushed to hospital for treatment. It comes amid a 24-hour wave of violence, which saw five people stabbed in separate incidents across the capital.

Police were called to Southampton Way, Peckham, at around 9.50pm on Friday night after they received reports of a stabbing in the area.

A Met Police spokesperson told MyLondon: “Officers and London Ambulance Service attended. The male – aged 17 – was taken to hospital for treatment; his condition is not life-threatening.

“No arrests; enquiries into the circumstances continue. Anyone with information that could assist is asked to call 101 or tweet @MetCC and quote CAD 7509/18Nov. Alternatively, you can contact the independent charity Crimestoppers anonymously on 0800 555 111.”

The A202 on Peckham Road was closed in both directions last night following the stabbing but has since reopened.

It comes as other stabbings took place in Romford, Bexleyheath, Twickenham and Homerton – all within the space of 24 hours.

A man in Romford, believed to be in his 20s, was also rushed to hospital with knife wounds on Friday night, which he sustained following a terrifying chase through East London.

Writing on Twitter, police confirmed the man was chased by assailants armed with knives near Romford Railway Station, East London.

In Twickenham, a man was stabbed on Friday morning and was left fighting for his life in hospital. His condition has since been updated to non-life-threatening.

Following the horror attack, an air ambulance landed at the scene and videos posted online showed a huge police presence.

Two men are believed to have since been arrested on suspicion of grievous bodily harm.

In Homerton, a man was rushed to hospital after being stabbed in the shoulder outside the overground station on Friday.