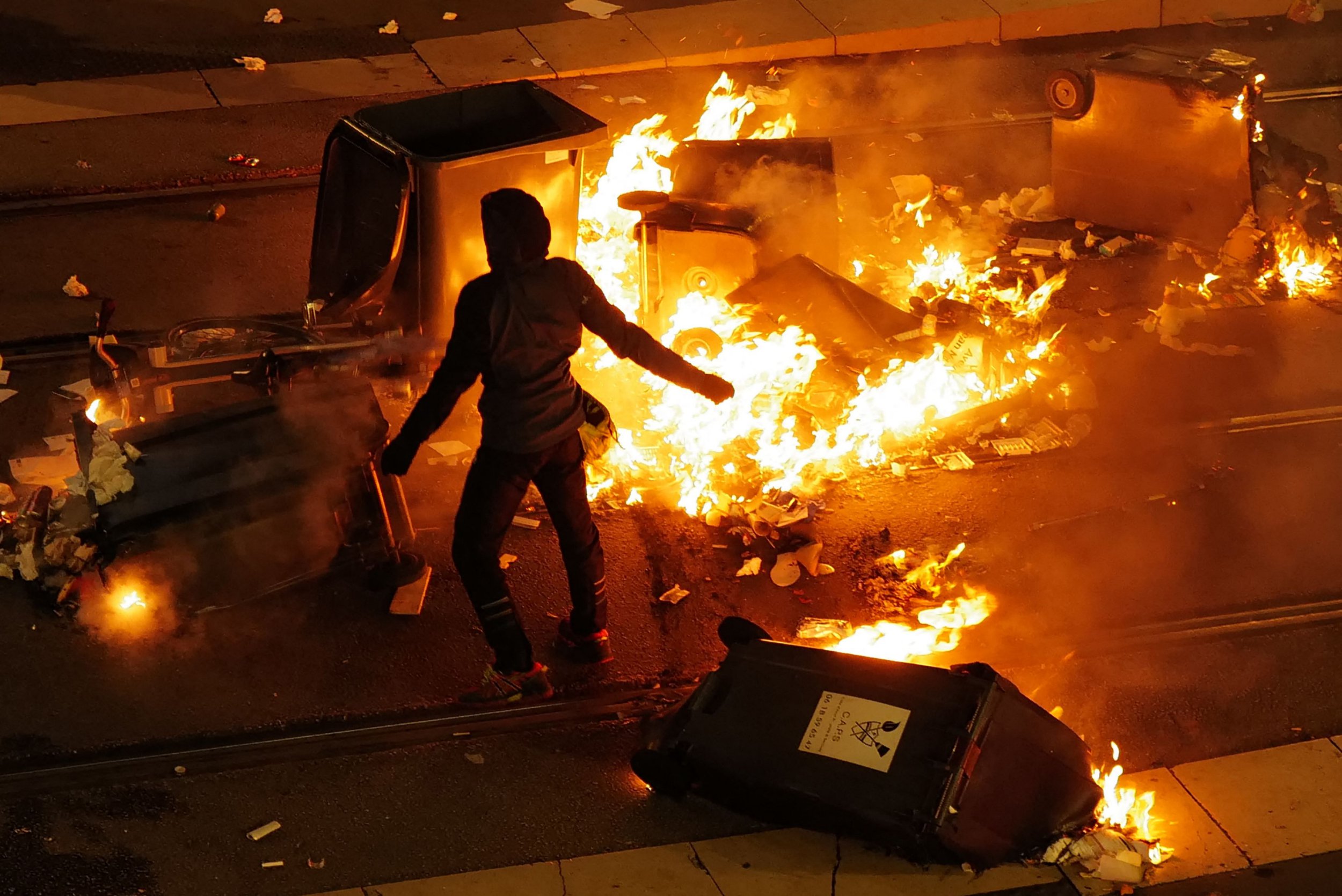 A boy has been killed in clashes which broke out after last night’s World Cup semi-final between France and Morocco.

Riot police had to be deployed in some areas after fans were involved in violent street confrontations.

France ended Morocco’s historic run in the tournament last night with a 2-0 win despite a spirited performance from the underdogs.

Police had preempted disturbances before the match kicked off because of the close and complex ties between the two countries.

There are more than one million people in France with Moroccan heritage, a legacy of decades of French rule in parts of North Africa.

Morocco became the first African and first Arab team to ever reach such an advanced stage of the tournament.

The fatal incident happened in the southern city of Montpellier, local officials said.

An unnamed child was hit by a car after the game and died after being rushed to hospital.

Graphic footage on social media show a white vehicle veering through a crowd of people who had gathered on a road.

A man can be seen partially disappearing underneath the car as it speeds away while another is thrown over the bonnet.

A statement issued by the local government in Hérault said: ‘A young boy was violently hit this Wednesday evening in Montpellier by a driver, following the semi-final match of the football world cup.

‘Transferred to the hospital in absolute emergency, he died shortly after his medical treatment.

‘My thoughts go out to his family and loved ones. The vehicle was found near the scene of the accident and placed in receivership.

‘The police investigation is progressing rapidly under the direction of the prosecution.’