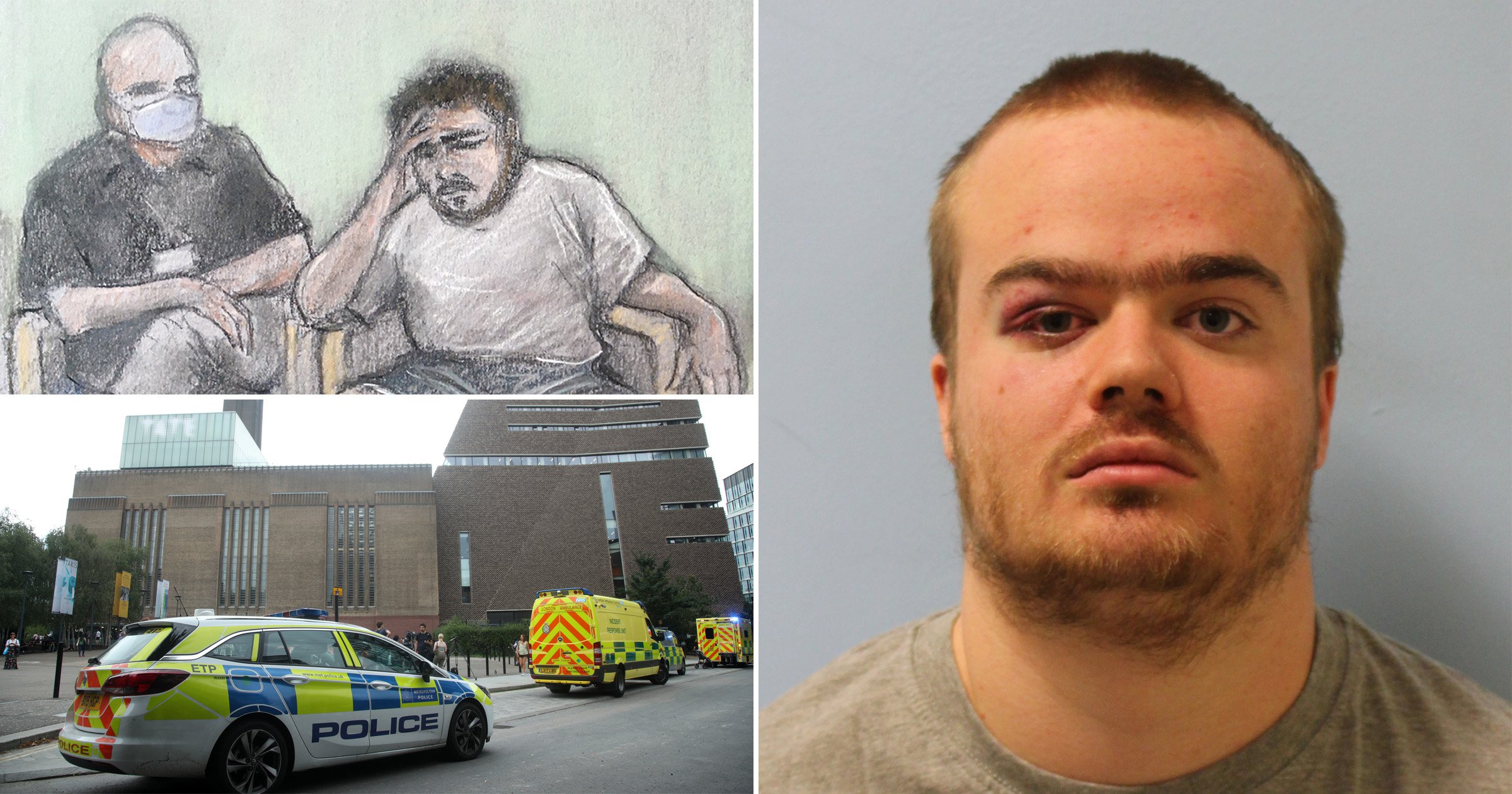 An eight-year-old boy who nearly died after he was thrown from the 10th floor of the Tate Modern two years ago has returned to school.

The boy, aged six at the time of the 100ft fall, had been visiting London from France when a teenager grabbed him at random and hurled him off the Tate’s viewing platform.

Jonty Bravery, now 19, was convicted of attempted murder and jailed for 15 years in 2020.

During Bravery’s sentencing, the court heard the boy would require round-the-clock care until at least 2022 after suffering a bleed to the brain and fractures to his spine.

But the unnamed victim is bravely defying the odds to rebuild his life after surviving the fall in August 2019.

In an update on his fundraising page, his mum and dad revealed that their ‘little knight’ has gone back to school this term.

They said he is ‘super happy to be going back to normal,’ even though he’s tired because he’s getting homework.

The parents added that while he isn’t well enough to go on holiday, they were able to take him on two catermaran rides this summer.

They said: ‘In the absence of short family outings, we were however able to offer him two catamaran rides, generously organized by a neighbor, a sailing teacher who adapted to our son’s limitations. He loved it! Especially when the co-captain purposely “fell” into the water to make him laugh!’

The family also gave an update on the little boy’s progress, revealing he is now able to drink a glass of water by himself.

They said this ‘lightens his daily life and ours’ and that he is so delighted ‘he takes the opportunity, as soon as he can, to drink from our glasses when our back is turned’.

The mum and dad added that although the rehabilitation is tiring for their son it is ‘bearing fruit,’ and he can now concentrate in front of a page for longer and has strong movements in his shoulder.

They said: ‘Despite everything, we are happy that he can continue this rehabilitation because it enables him to continue to progress: for example, we were able to put away the cumbersome tetrapod cane to replace it with a simple cane

‘And, if our son still does not walk on his own, there has not been another fall and we feel that it is progressing little by little.’

It is the second update the parents have given in a few months after they said in August that they had moved to live nearer the rehabilitation centre in France.

Donations flooded in after the most recent update, with well-wishers from across the globe sending messages of support.

Bravery was sentenced at the Old Bailey in June last year after pleading guilty to attempted murder.

A court heard how the teen, who has obsessive compulsive disorder, spent more than 15 minutes stalking potential victims at the London tourist attraction before fixing on a young visitor who had briefly left his parents’ side.

In December, a judge dismissed his appeal against his sentence.

He was also given an extra 14 weeks’ jail time in December for two counts of common assault following attacks at Broadmoor Hospital, Berks.