A brain injury charity is hoping for a “cultural change” in how head injuries are treated in sport as MPs launch an inquiry into links with neurodegenerative disease.

It comes amid claims the scope of the inquiry does not go far enough, “neglecting issues” at school and youth level.

The sporting world also continues to learn of players and competitors who have been diagnosed with dementia, including members of the triumphant 1966 England World Cup football squad.

In one study published in 2019, footballers were found to be three-and-a-half times more likely to die of a neurodegenerative disease than people of a similar age.

Peter McCabe, chief executive of the charity Headway, will appear before the Digital, Culture, Media and Sport committee on 9 March to give evidence to the parliamentary inquiry into the link between sport and long-term brain injury.

He said: “Increased scrutiny from this influential cross-party group of MPs is very much welcomed.

“We hope it will lead to greater pressure on all sports to do more to instil a cultural change in the way head injuries are perceived and treated.

“It has taken many years of campaigning and Headway repeatedly speaking out in the national media to get to this stage.

“There has been progress in that time, but there still remains a lot to do in terms of elite-level sport consistently setting a good example for grassroots sport to follow.” 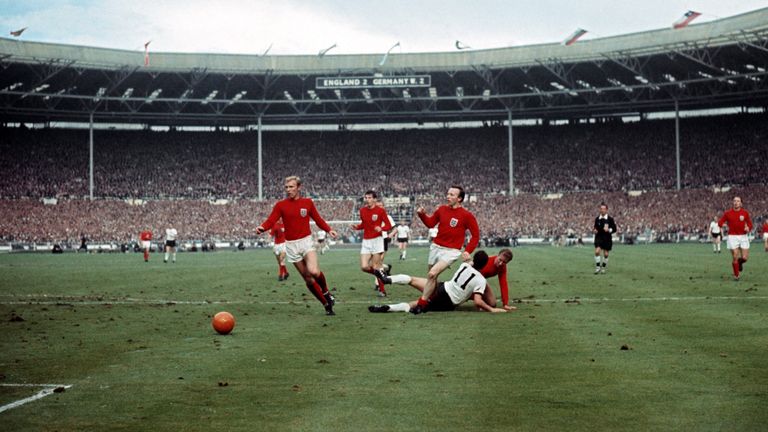 Dr Adam White, a lecturer in sport and coaching sciences at Oxford Brookes University and the executive director of the Concussion Legacy Foundation, called for the inquiry to go further.

He said: “It’s encouraging to see that parliament are looking into the issue of sport and brain injuries.

“Yet, the scope seems to be on the elite and professional game only, neglecting issues at school and youth level.

“The most effective mechanism for preventing neurodegeneration in athletes is by reducing exposure to repetitive head impacts.

“Delaying heading and tackling a few years will have a huge positive impact on kids’ brains.” There have been ongoing calls for sport to have better regulation surrounding the prevention and treatment of head trauma.

English football has started to introduce concussion substitutes, allowing injured players to be replaced on the field of play without the opponents gaining a numerical advantage, and is already funding a study into links with dementia.

Daniel Parslow, the former York defender who was forced to retire in 2019 as a result of a concussion, believes the new permanent concussion substitution trial in the Premier League and the FA Cup “misses the point” and favours a longer off-field assessment period and the use of temporary subs.

He said he hoped protocols would be “put in place to protect players who are playing now, but also youngsters who dream of playing football, that they can do the sport they love knowing they are safe”.

Royal snub: How Andrew could be hidden from public on Christmas Day walk