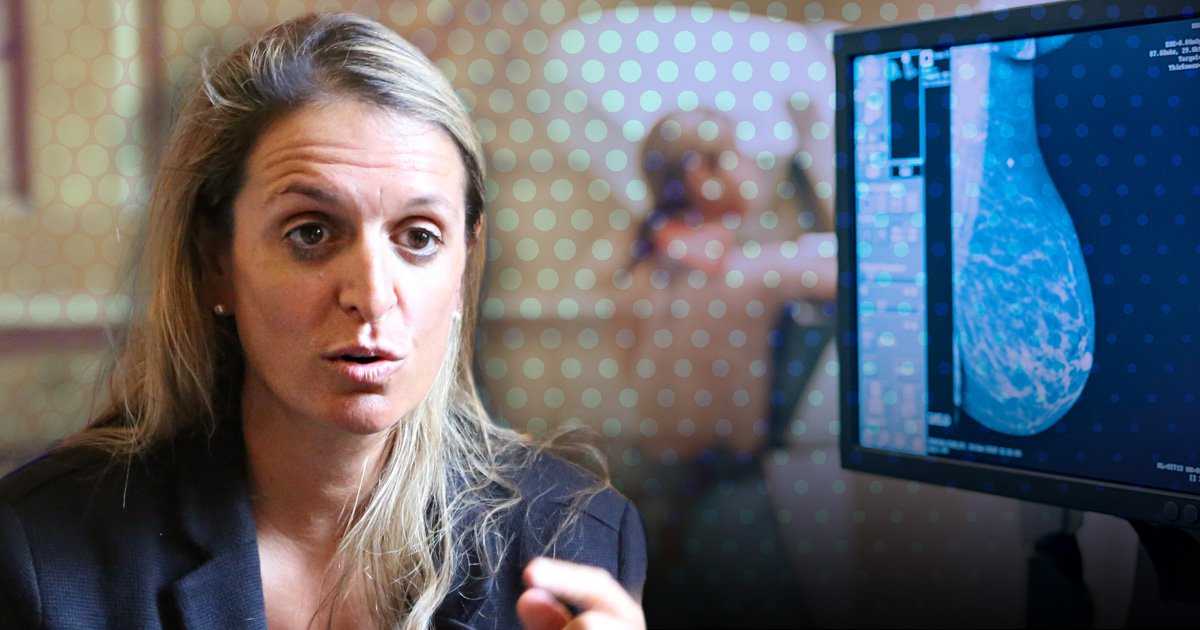 A hospital cafe is set to be transformed into a forward-thinking breast cancer centre, because many people with the disease don’t see themselves as ‘patients’, according to a breast cancer specialist.

While being visited by MP Dawn Butler this week, London’s St Bartholomew’s Hospital laid out their ambitious plans for a ‘centre of excellence’, saying that they expect work to start next year.

The initiative has the potential to help develop new treatments for the whole world, with any breast cancer surgery brought together under one roof with three specialist operating theatres so patients do not have to use the main hospital or travel to other sites just after chemo therapy.

‘They might not even have a lump. They’ve maybe just been told they have disease through the national screening programme and then all of a sudden they’re having major surgery.

‘Bringing them into a hospital turns them from an individual into a patient. But our new centre is detached from the hospital and it’s designed for the delivery of breast cancer surgery.’

Dawn Butler, who launched the #FindTheMillion campaign with Metro.co.uk to encourage women to go for mammograms, said this approach would have been ‘amazing’ when she had breast cancer.

The Labour MP had to go several hospitals when she was being treated and found herself overwhelmed by some of them, and even forced to wait 10 hours for a bed at one stage.

Laura added: ‘We know that patients who have a better experience at the time of their surgery – which is one of the toughest moments of their lives for some women – the better their survivorship journey will be.’

The breast cancer department at Barts currently uses four different sites which essentially worked independently from each other.

This resulted in an ‘inequitable delivery of services’ in terms of resources and research.

This is one of the things the centre will be designed to address, given its location in east London which has such a diverse population.

‘But the Breast Cancer Centre means that all patients will have the same access to both be included in research, but also to offer their tissue to research and banking that tissue.

‘Being able to use their diverse breast cancer cells for research will help us to identify specific markers which may be ethnically related – which then may open up new target treatments and that’s really exciting.

‘Because then you see the work that we’re doing here not just treating our population, but trying to bridge that gap between outcomes between – let’s say east and west London.

‘That knowledge can then be spread internationally and give benefit worldwide.’

The Breast Cancer Centre is one of two projects the hospital has taken on to celebrate Barts900 – the 900th anniversary of the St Bartholomew’s Hospital and St Bartholomew the Great church foundation.

Barts Charity is currently fundraising for the Breast Cancer Centre and a cutting-edge Clinical Research Facility.

They need to raise more than £30 million for both and are looking for donors who ‘want to be part of a vision for the future of healthcare’.

After being diagnosed with breast cancer during a routine mammogram in November, Dawn Butler MP was grateful to find out it was caught early.

However, she learned that a million women missed out on their mammograms due to the pandemic, with an estimated 10,000 currently living with undetected breast cancer.

Determined to change that, Dawn has launched a campaign with Metro.co.uk to get a million women to book their missed screenings.

If you have been inspired to do so after hearing Dawn’s story, please let her know on her website, emailing us or using #FindTheMillion on social media.

Meghan Markle and Harry tour of Africa: Map of where Meghan and Harry will go in September