Football manager Brendan Rodgers has told of the “horrendous” ordeal his wife and stepdaughter faced as they hid from burglars ransacking their home.

Speaking for the first time about the raid at his Glasgow property, the Leicester City boss said his wife Charlotte and her six-year-old daughter Lola were left in a “fright” as they barricaded themselves in a bathroom.

Rodgers, who prompted fury among Celtic fans after leaving the club to join Leicester last week, was in the Midlands at the time of the incident in the early hours of Wednesday.

Ahead of Leicester’s Premier League fixture with Burnley this weekend, Rodgers told a news conference the burglary would not detract from his memories of Celtic. 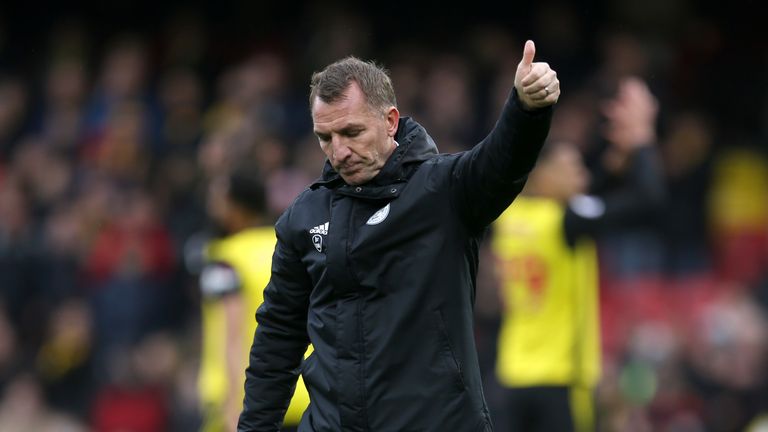 “For the girls to have someone come into the room, it’s horrendous really,” he said.

“It’s not nice for any family to go through. It gave the girls a fright.

“The last 10 days there’s been a lot around my move to here… but I don’t want it to detract from an amazing time we had as a family in Scotland, in Glasgow in particular.

“The people there were amazing, the experiences that we had on and off the field will live with us and we’re not going to let something like this, or some of the reaction over the last 10 days cloud any of that.

“They’re both fine and safe, which is important.”

Rodgers confirmed the intruders stole medals and trophies he had won during his spell with Celtic, before joking: “I’ll have to try to get some more.”

His wife and stepdaughter were asleep when two intruders initially broke into the property in the Bearsden suburb of Glasgow.

It is understood they were awoken by voices at about 1am before the burglars burst into the main bedroom, shining torches on the mother and daughter who were huddled together on the bed. Amid screaming and shouting, Charlotte and Lola took refuge in a bathroom while the intruders fled the property.

Charlotte and her daughter were understood to be badly shaken but unhurt following the incident.

Rodgers has been the subject of fierce criticism from Celtic fans for his decision to leave the club, with some supporters heavily criticised for chanting he should die from an “IRA bullet”.

He led Celtic to seven consecutive trophies and collected Premiership, Scottish Cup and League Cup winners’ medals in 2017 and 2018.

The former Liverpool manager was appointed Leicester City’s new boss at the end of February, signing a contract with the Premier League club until June 2022.