The parched ground caused by the scorching heatwaves of the past month meant the heavy rain that followed couldn’t be absorbed, causing the sewage system to overflow, water bosses explained. Pollution warnings have been put in place for more than 40 UK beaches and swimming spots, with the south-west and south coast of England worst affected.

Swimmers are advised against bathing at seven beaches in Cornwall as a result of storm sewage overflows, with four in Devon and five in Dorset also polluted by the recent downpours.

Nine beaches in Sussex, three on the Isle of Wight and three in Essex were also hit by storm sewage.

Elsewhere, there were warnings in place at spots in Lincolnshire, Cumbria, Lancashire and South Wales, as well as two inland wild swimming spots near Bristol and near Minehead in Somerset.

Many Twitter users rushed to comment blaming Brexit and the change in regulations for the appalling images of the polluted beaches. 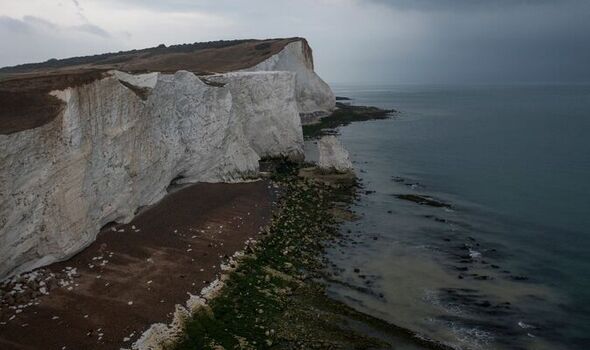 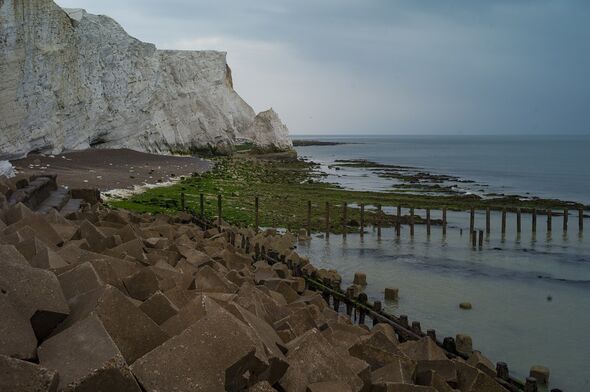 “This is because leaving the EU enabled us to start dumping raw sewage onto beaches again. This is one of the benefits of Brexit.”

Someone with the username The Purple Pimpernel wrote: “Forty years ago, EU regulations forced the UK to clean up its beaches.

“Two years into Brexit, and we’re wallowing in raw sewage.” 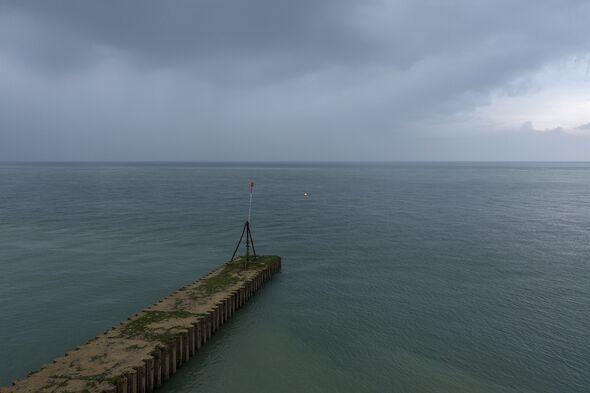 Another user, JohnWhittle, commented: “The question is ‘why is sewage being dumped on your beach?’

And added: “- Brexit has messed up supply chains

“- The fines are cheaper than investment” 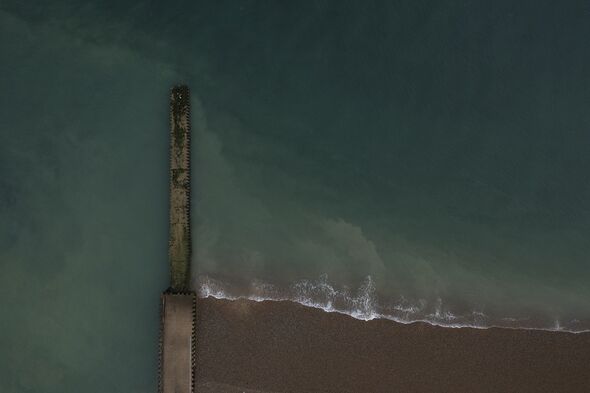 Carol Hedges also wrote: “Sewage in the sea: a metaphor for #brexit Britain. Swallow it down, you voted for it. #ToryBrexitDisaster”

And Chris added: “A reminder that last year Boris Johnson told water co’s that because Brexit had caused a shortage of chemicals, they needed to pump tons of raw sewage into our rivers and sea.

“Britain is now literally swimming in s**t because of Brexit.”

Regulations over the process of dumping sewage into the sea changed in 2021, when the Environment Agency issued a waiver allowing companies to dispose of it without using one sewage treatment chemical called ferric sulphate.

The acidic solution which is used to suppress the growth of algae, was then in shortage due to the supply chain obstructions caused by a shortage in HGV drivers.

A few months later, in a report published in July, the Environment Agency said water company bosses should face jail for the worst pollution incidents, describing the sector’s performance in 2021 as the “worst we have seen for years”.

An Environment Agency spokesman said on Wednesday: “The current risk of surface water flooding reinforces the need for robust action from water companies to reduce discharges from storm overflows. We are monitoring the current situation and supporting local authorities where needed.”

EU-China relations nosedive after sanctions on each other

Royal orders: The 6 odd rules the Royal Family MUST follow