LONDON (Reuters) – One of the most influential Brexit-backing lawmakers in Prime Minister Theresa May’s party gave the strongest hint to date on Monday that rebels might back her departure deal, saying that a bad exit accord was better than staying in the European Union. 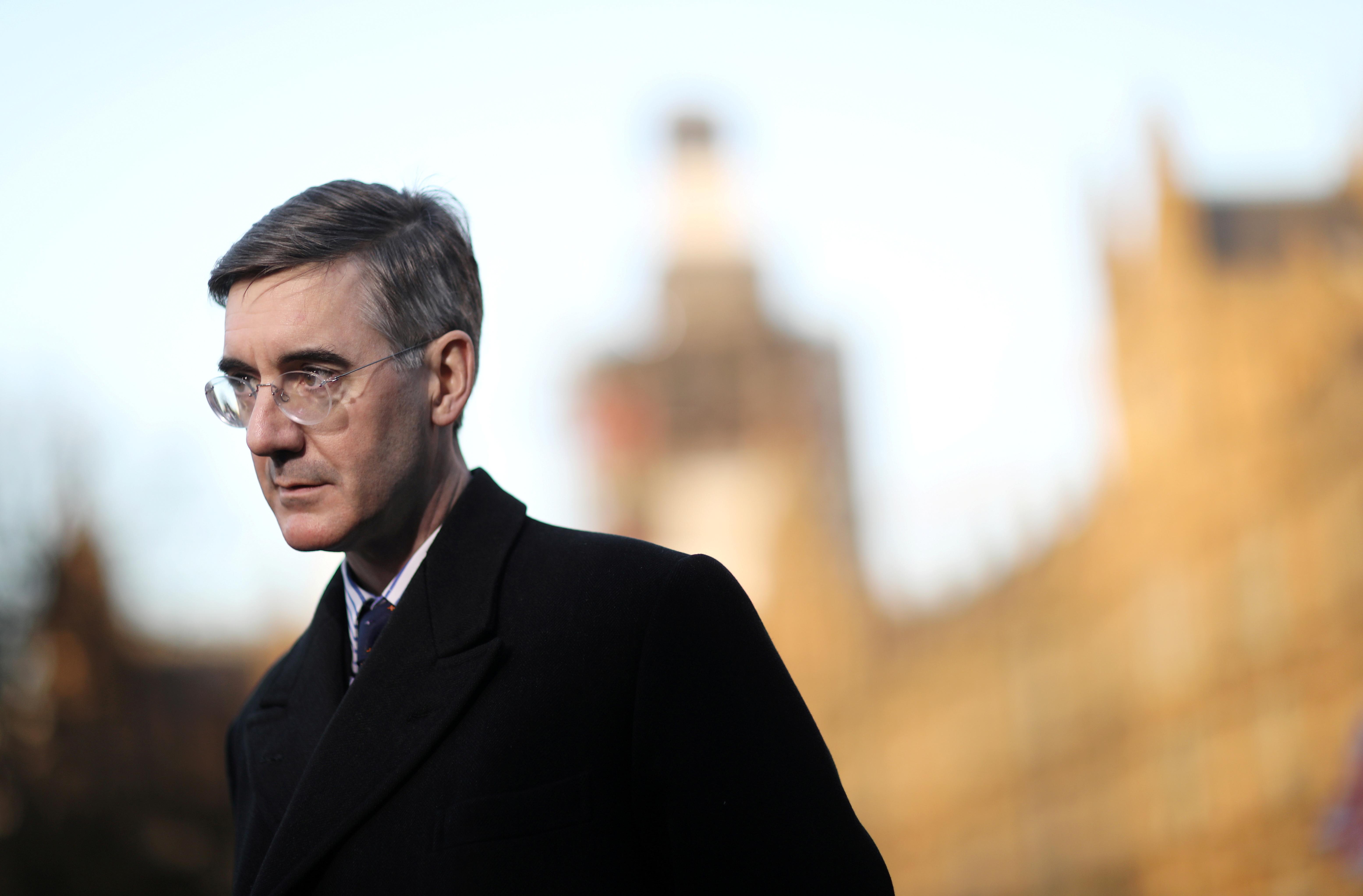 May has warned lawmakers that unless they approve her Brexit divorce deal after two crushing defeats, Britain’s exit from the EU could face a long delay which many Brexiteers fear would mean Britain may never leave.

After two-and-a-half years of tortuous negotiations with the EU, the final outcome remains uncertain – with options including a long delay, exiting with May’s deal, a disorderly exit without a deal or even another EU membership referendum.

May is scrambling to rally support ahead of a summit of EU heads of government on Thursday and Friday where she has warned she will ask for a long Brexit delay unless parliament ratifies the deal she struck in November.

Rees-Mogg, chairman of the European Research Group of eurosceptics in Britain’s House of Commons, said he had not yet made up his mind how to vote on May’s deal but any Brexit was better than staying in the bloc.

If Rees-Mogg did swing behind May, dozens of rebels could follow him, although it is unclear if that would be enough to save her deal.

Rees-Mogg said his dream option would be a no-deal exit on March 29 but that he felt May – a former supporter of EU membership who won the premiership in the turmoil that followed the 2016 Brexit referendum – would seek to stop a no-deal.

May’s deal, a bid to keep close trading and security ties with the EU while leaving the bloc’s formal political structures, was defeated by 230 votes in parliament on Jan. 15, and by 149 votes on March 12.

If she could get the deal approved after the biggest parliamentary defeat for a government in modern British history, it would mark a spectacular and surprising turnaround and by far the biggest achievement of her crisis-riven tenure.

To get her deal through parliament, May must win over at least 75 lawmakers – dozens of rebels in her own Conservative Party, some Labour lawmakers, and the Northern Irish Democratic Unionist Party (DUP), which props up her minority government.

The biggest issue is the so-called Northern Irish border backstop, an insurance policy aimed at avoiding post-Brexit controls on the United Kingdom’s border with EU-member Ireland.

Many Brexiteers and the DUP are concerned the backstop will trap the United Kingdom in the EU’s orbit indefinitely, and have sought guarantees it will not.

May’s finance minister, Philip Hammond, held talks with the DUP on Friday but said the government did not yet have support it needed and would only put the deal to a third vote if it felt it could win.

“There are some cautious signs of encouragement … but there is a lot more work to do,” Foreign Secretary Jeremy Hunt told the BBC on Monday.

If May could swing the DUP behind her, along with several dozen more Brexit supporters in her own party, she will be getting close to the numbers she needs.

Stepping up the pressure on the prime minister, Jeremy Corbyn, leader of the main opposition Labour Party, said he could trigger another confidence vote in May’s government if she fails again to get her deal adopted by parliament.

Former British foreign minister Boris Johnson said on Sunday it was not too late for the government to get “real change” to May’s deal and cautioned against holding another parliamentary vote on the agreement this week.

Johnson, a prominent Brexit campaigner who might influence other lawmakers on which way to vote over May’s deal, asked in his column in the Telegraph newspaper whether there was a way forward to break the impasse of Brexit in parliament.

“Perhaps,” he answered. “There is an EU summit this week. It is not too late to get real change to the backstop. It would be absurd to hold the vote before that has even been attempted.”

He also said May should outline her strategy for talks on the future relationship with the EU to “reassure … understandably doubtful MPs (members of parliament) by answering some basic questions”.

EU leaders have said repeatedly that the terms of their Withdrawal Agreement with May cannot be revisited.

Stardust tragedy: 'I remember thinking – this is it, I will never get out of here alive'