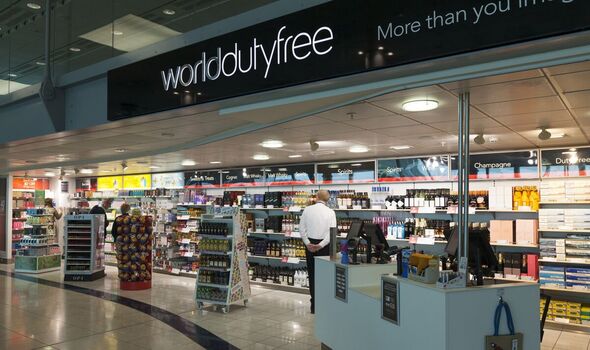 Brexit Britain could be making an estimated millions in tax a year by introducing duty free sales on arrivals to the UK, experts have predicted. Duty free was enabled for inbound Brits using the legislative freedom of Brexit – but the government has been told it should extend this to arrivals at British airports to help struggling businesses after the pandemic – and stop the money going to EU rivals instead.

Nigel Keal, Chairperson of the UK Travel Retail Forum (UKTRF) told Express.co.uk: “It is impossible to overstate the impact of pandemic-related travel restrictions on the travel, tourism and aviation industries,” warning there remained a “long road to full recovery.”

This is exacerbated by the cost of living crisis, which sees daily airport running costs increase while Brits tighten their budgets, lessening the demand for overseas travel. However, duty free allowances may help alleviate the difficult situation faced by many airports – particularly smaller, regional ones.

In 1999 the European Commission banned duty free sales in the EU – with the UK reintroducing them in 2021 after leaving the bloc. The government also increased the duty free allowance for British passengers returning home.

Mr Keal commented this means the UK “has one of the most generous inbound allowances in the world.”

However, British airports are prevented from benefitting from the boosted sales of a duty free allowance – that it only applies to inbound Brits, not arrivals in the UK airports themselves.

Mr Keal said: “As the government did not introduce duty free stores on arrival, Brits returning home have no choice but to spend their allowances at overseas airports, meaning businesses in the UK are losing out on sales and much-needed revenues. As we begin our third year outside of the EU, we are urging the government to make use of its post-Brexit legislative powers and make this overdue policy change.”

The travel retail boss said that this policy would be particularly effective in our current time of high demand for financial support from the government, as it would “help industries like ours return to self-sufficiency.”

A report by York Aviation, one of the UK’s leading transport consultancy and research specialists, suggested that arrival duty free sales in Norway shot up 108 percent between 2005 and 2019 – growing at a compound average rate of 10 percent.

Predictions made by the report for Spain, Italy and France suggested each would make an additional €300 million, €190 million and €580 million in gross added value from arrival duty free stores, as well as thousands of extra jobs.

Mr Keal added: “Using Switzerland as an example, the introduction of arrivals duty free stores resulted in an increase in average commercial spend per passenger of 4 percent. This helped offset the total decline in aeronautical revenues, which had been decreasing by -1 percent year on year. I have no doubt this success could be replicated in the UK.”

The policy is also tipped to help smaller airports regain their footing. For instance, York Aviation’s report on Norway studied Aberdeen Airport, due to the country being one of the Scottish airport’s top destinations.

Mr Keal said: “As the number of countries introducing duty free on arrival grows, we fear even more sales will be lost to overseas competitors,” adding: “In Norway and Switzerland, the additional income created by arrivals duty free stores was crucial to the very survival of smaller airports.”

A concern raised by the government is that losing out on tax revenues as a result of duty free arrivals would be inadvisable at any time, but particularly during the immense economic pressures of the cost of living crisis.

However, Mr Keal argued the policy would be “at worst cost-neutral for government” due to the additional tax earned in corporation tax and income from the additional jobs created at arrivals stores. Treasury ministers have also raised concern about the impact on domestic high street sales – but the York Aviation study reported no adverse impact on local sales for those studied.