Brexiteer Nigel Farage has warned that the UK has to leave the EU as quickly as possible, after exposing the radical shake-up that German Chancellor Angela Merkel has planned for the bloc. Germany will take over the six-month presidency of the bloc in July, and Mrs Merkel has already laid out a radical agenda that has terrified eurosceptics. Speaking about her plans, Mrs Merkel said her agenda would include promoting a European health care system for all member states, a financial transaction tax, minimum tax rates and a joint carbon emissions trading scheme for planes and ships.

Earlier this week, Mrs Merkel said her country’s presidency will be “clearly dominated by the issue of combating the pandemic and its consequences”.

Nigel Farage told Julia Hartley-Brewer on talkRADIO that the UK had to leave by the end of 2020, or the country’s economy will suffer.

He said: “We have left the EU politically but not economically!

“The Germans are taking over, Merkel is taking over from July 1st with the rotating six-month presidency of the EU.” 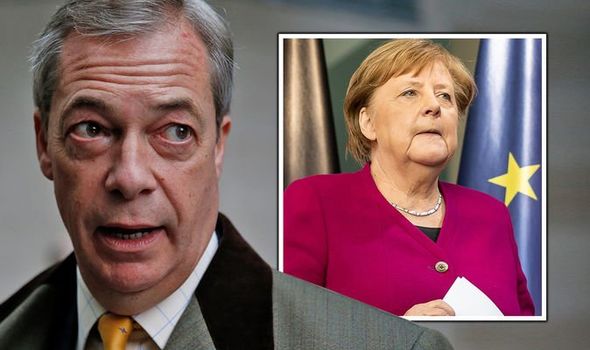 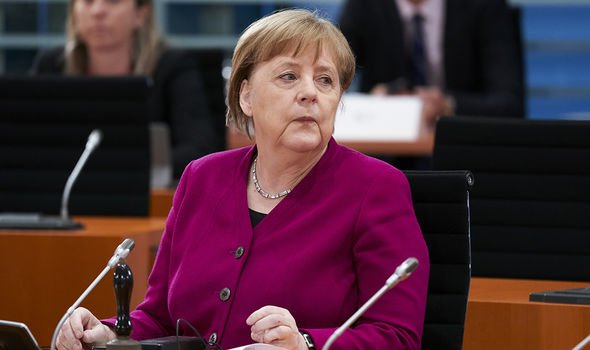 He continued: “Her goal for that six months is to set minimum tax rates for the European Union.

“To put into place a European Health Service and to harmonise corporation tax rate and crucially a financial transaction tax.

“If that was to happen, all of those rules would apply directly to us because we are still paying money to be in this single market.

“Any laws directly apply to us. I cannot think of anything that would be more damaging than a financial transaction tax to this country.” 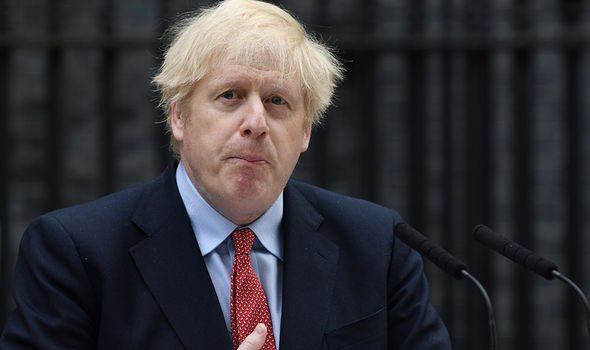 The head of business at the Centre for Policy Studies Nick King said it was “a relief for UK businesses that they won’t apply here”.

Adam Smith Institute head of research Matthew Lesh echoed this, saying: “We have rightly thrown our economy into the ICU to protect lives.

“The last thing we should do is strangle the patient before they have time to recover.” 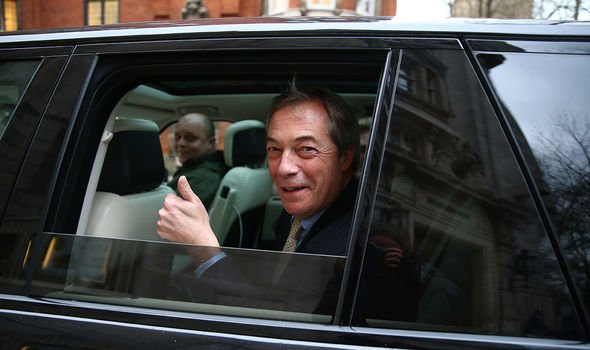 He added: “These proposals would actively discourage everything we now need – a thriving economy in which companies employ and transact.

“A financial transaction tax that undermines the business activity we now need would be disastrous.”

Victoria Hewson, head of regulatory affairs at the Institute for Economic Affairs, said the proposals underline the importance for the UK to have “regulatory autonomy” from the EU.

“A financial transaction tax has been on the EU agenda for a while. The UK and some other member states strongly resisted it but there was always a risk that the UK could be outvoted under qualified majority voting and be forced to implement it.

“Without the tax applying to transactions in the City of London it is unclear how much revenue such a tax would raise in the EU, especially if it encourages more business to move out of the EU, which would clearly be seriously counterproductive to any post-coronavirus recovery.”

M25 protester admits being a hypocrite after taking two trips worth 12,000 miles