Northern Ireland was rocked by street violence last month and there is anger in unionist communities at how the post-Brexit protocol has disrupted trade with England, Wales and Scotland. The UK Government considers prosperity the “bedrock to peace” in Northern Ireland and is concerned that businesses and consumers are struggling. It says the present disruption s “not sustainable”. Alarm is so great that a Whitehall source warned that “nothing can be left off the table”.

Fury at the erection of a de facto border in the Irish Sea is a key reason why Arlene Foster has been forced to quit as First Minister and DUP leader, and the row is believed to have strengthened opponents of the Good Friday Agreement which underpins power-sharing at Stormont.

The protocol is designed to avoid customs checks along the Irish border but trust was badly damaged in January when the EU moved to block the export of Covid-19 vaccines to Northern Ireland. The decision was reversed but the EU’s willingness to use override the protocol using its “Article 16” emergency provisions during a health crisis caused cross-party shock.

A Whitehall source said: “We over-estimated the EU’s ability to be reasonable, particularly after the damage caused by the unilateral action in January. After so much work to achieve finely balanced compromise, their actions are destabilising things on the ground in Northern Ireland.

“No Government can stand by as businesses and consumers struggle. If we cannot find pragmatic solutions, nothing can be left off the table.” 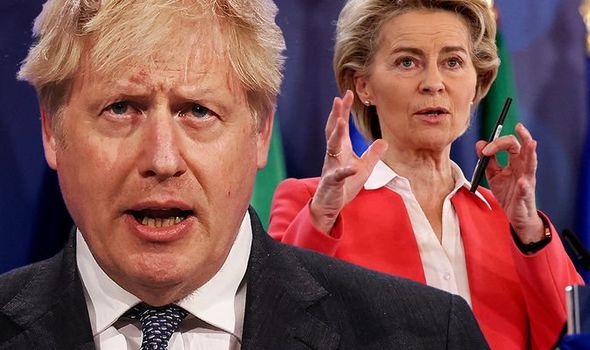 The UK Government says it still believes the protocol can work as intended but is concerned it will prove “unsustainable” if the EU’s only concern is protecting the single market. It warns that consent for the protocol is “fragile” and instead of supporting the Good Friday Agreement it now risks undermining it.

A senior Government source said: “The protocol was always a delicate balance. We made huge compromises, in the best possible spirit, to avoid a hard border and protect the Good Friday Agreement – listening to the genuine concerns raised by Brexit.

“The protocol does many good things, but the balance that the protocol sought to achieve is under risk and the UK’s internal market is being undermined.”

There is alarm in London at what it sees as a “hardening of position” by the EU, with Brussels treating the regulatory border in the Irish Sea like “any other external EU border”. 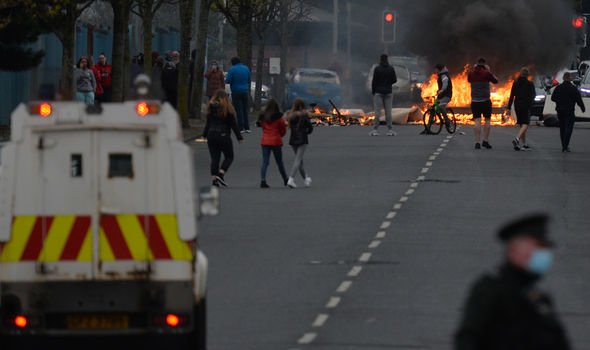 A senior government source said: “We have been trying to make this work since it came into effect by de-dramatising and focusing on the practicalities. However, the abortive triggering of Article 16 has been hugely destabilising and the EU still does not realise the damage they have caused.

“It took the moral force out of the protocol in one move and completely undermined Arlene Foster’s attempt to make it work. The EU’s attempts to airbrush their actions and suggest that it was just an inadvertent mistake has, for many, suggested that the EU’s concerns about preserving stability in Northern Ireland were merely skin deep.”

A European Commission spokesman said: “The protocol was the solution that we found with the UK Government to avoid a hard border on the island of Ireland and to protect the gains of the peace process and the Good Friday (Belfast) Agreement. If we are to achieve these goals, then the protocol needs to be faithfully implemented.

“We have said that we are open to finding flexible solutions that are in line with the protocol. We continue to engage constructively with the UK government.” 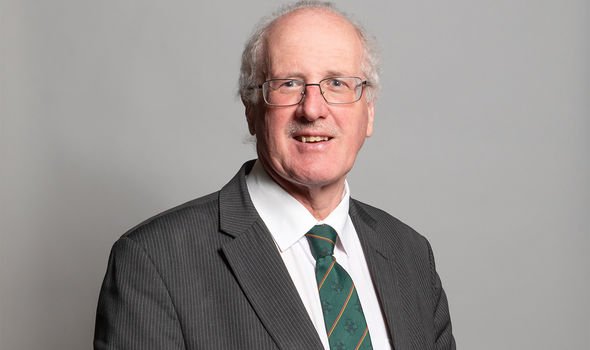 A legal challenge against the protocol backed by senior unionists and coordinated by former Brexit Party MEP Ben Habib is expected to be heard at Belfast’s high court from May 14.
Mr Habib is confident that the protocol breaches a raft of legislation, including the Act of Union.

Jim Shannon, a DUP MP, urged Boris Johnson to use Article 16 and bring an end to the protocol. He said businesses and customers were suffering major delays and extra costs as a result and the economy had been damaged.

The Strangford MP said he was contacted daily by people suffering problems due to the protocol.

He called for the PM to “bring the whole thing to an end” the “quicker the better”.