Robert Lighthizer said he was hopeful a mini-agreement reducing tariffs could be rubber-stamped within the next few weeks. The US Trade Representative told the BBC he hoped punitive tariffs on Scottish whisky would fall. The UK recently said it would drop tariffs against the US over subsidies for aerospace firms. This was in a bid to reach a post-Brexit trade deal with Washington.

But Mr Lighthizer suggested the UK would need to go further than last week’s announcement breaking with the EU’s support of European plane maker Airbus.

He said: “I’m talking to Liz Truss, about trying to work out some kind of a deal. I’m hopeful we can get some kind of an agreement, we don’t have a lot of time left.

“We have the advantage in that both the US and the UK – particularly the current government of the UK – are not big subsidisers, “Some other countries are more inclined to subsidise.

“So it would be helpful if we could come to some kind of agreement,” he said when asked about lowering tariffs on whisky and cashmere. 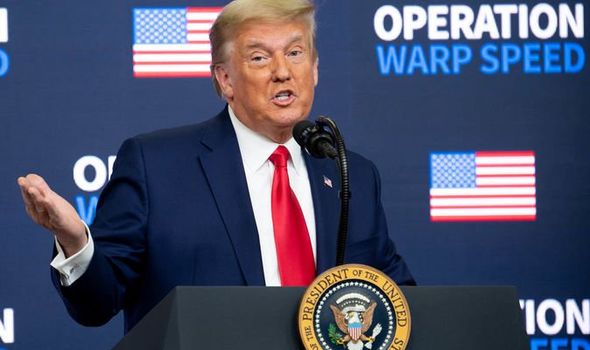 “We are in discussions, we’ll see how that works out.” Last week, the UK broke with European support of Airbus in a long-running transatlantic trade dispute, changing policy expressed only in January this year.”

Britain announced it would no longer apply tariffs to imports of Boeing aircraft. Liz Truss, the International Trade Secretary, said that she wanted to “de-escalate” the 16-year-old conflict.

Mr Trump’s trade representative added: “It’s extremely likely we have a free trade agreement with the UK before long.”