Thousands of people will flood the streets across the UK to protest against Boris Johnson’s plan to suspend Parliament to get a no deal Brexit through. The anti-Brexit campaign group Another Europe Is Possible has planned 32 #StopTheCoup protests across England, Scotland and Wales. Promoting the march on BBC’s Radio 4 Today programme, Guardian columnist Owen Jones stunned BBC host Justin Webb by claiming that Brexiteers were also part of the march.

Webb suggested that Jones looked like “the elite fighting against the working people who voted for Brexit”.

He said: “Is there not a risk that you will look like the elite fighting against the many many working people who voted for Brexit, who want Brexit and who approve of what Boris Johnson is doing.

“You find yourself among the Hugh Grant, Phillip Pullman side of the argument against ordinary people that want the government to get on with it.” 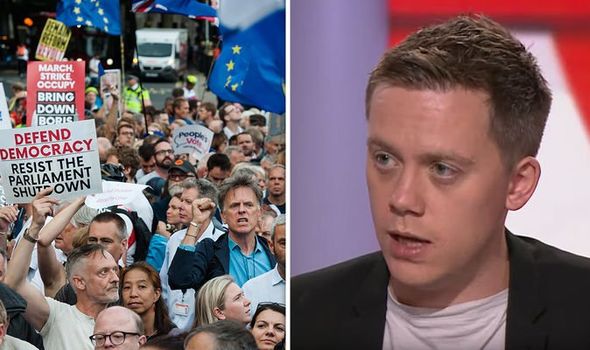 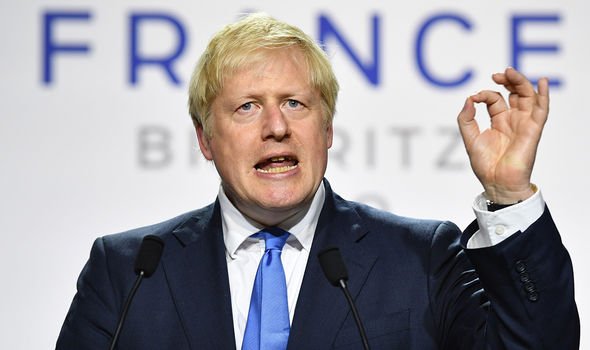 The left-wing commentator responded: “Well, I think, remain or leave, you should be on the streets today.”

He added: “No deal was never put to the British public. We never voted to leave without a deal.

“This is not a Remainer march. I have had Leavers get in touch with me who said they will be on the march as well.

“If the government wants a no deal, they should dissolve parliament and go back to the British public and let them decide.” 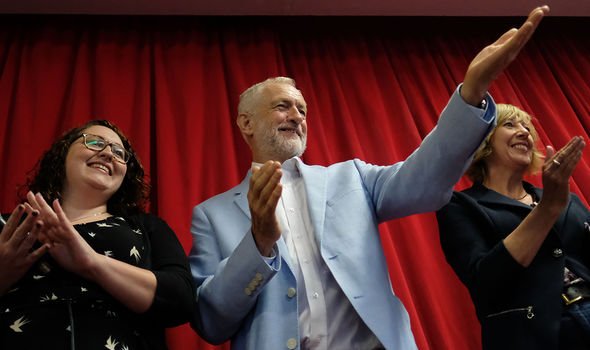 Webb then turned to Jeremy Corbyn, who is giving a speech in Salford today.

The BBC host said: “Where is Jeremy Corbyn? Again and again he sounds the wrong note and he isn’t involved today, and yet again, where is he, what is he doing?” 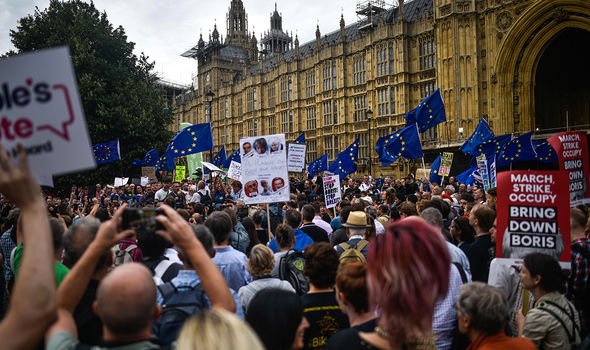 The columnist had earlier told the BBC: “This is about democracy and fighting for democracy.

“We were told during the referendum campaign that we would take back control of our laws and restore parliamentary sovereignty and now we have an unelected PM shutting down elected representatives.

“You can look at cabinet ministers who have previously been against suspending parliament – Matt Hancock, Sajid Javid, Amber Rudd.

“What they said was right.”

The Labour activist group Momentum has also called on its members to “occupy bridges and blockade roads” to add to the unrest on the streets.

Other demonstrations will be held in cities including Birmingham, Manchester, Liverpool, Glasgow, Swansea, Leeds, Belfast, Bristol and Aberdeen.