Dominic Raab argued that the EU wanted someone who would behave more “pliant” regarding negotiations. He added that Boris Johnson had proven he would be willing to “stand up to” Brussels regarding Brexit and has openly supported keeping a no deal Brexit on the table. In addition to this Boris Johnson has claimed that there would be no Brexit extension to 31 October, unlike Jeremy Hunt who has not yet ruled that option out.

It is just not what they want. They want someone that is pliant

Mr Raab told LBC: “The default position in law is that we are leaving at the end of October.

“It is far harder as the Institute for Government has reported have laid out in lots of detail for the kind of wrecking tactics that we used previously to be done again.

“And of course, just a few days ago the House of Commons voted to avoid taking no deal off the table.

“A Prime Minister that is resolute about this, Boris has been and Jeremy hasn’t, I think can get us out.

JUST IN:  Ken Clarke forced to backtrack on bold no deal Brexit claim – ‘EU have agreed’ 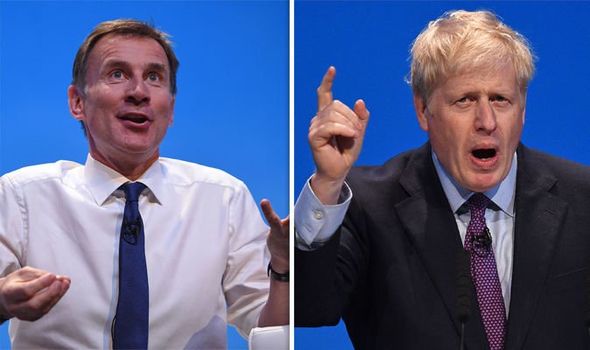 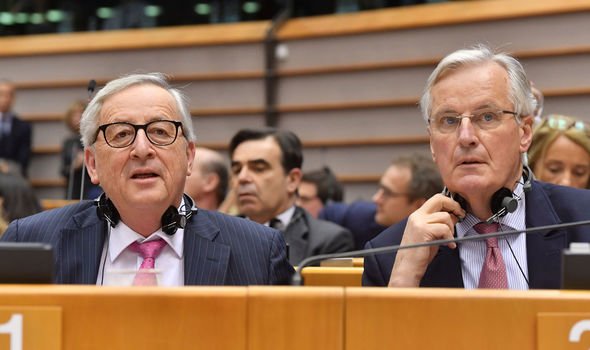 “More importantly, by being clear that we will leave at the end of October we increase our negotiating position, our strength and leverage to get the deal that would be acceptable to this country.”

The LBC host then pushed for an answer from the Tory MP on what he thought the mood was with the EU regarding Boris Johnson becoming Prime Minister.

The Boris supporter replied: “Oh it is just not what they want.

“They want someone that is pliant. 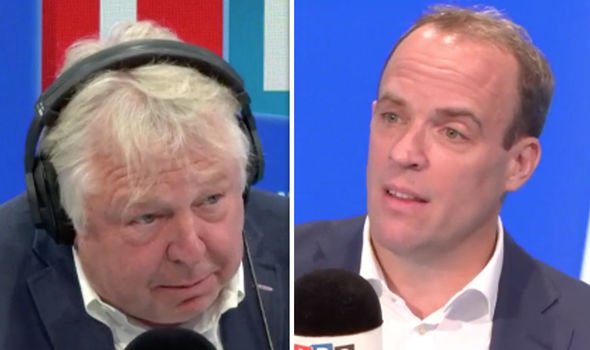 “They want the candidate that has been willing to take a no deal Brexit off the table in the past and someone who has signalled they would accept another extension.

“They don’t want someone that will come in, stare them down and say I’m sorry we want to retain the arm of friendship extended, as there is too much at stake longterm.

“But we are leaving come what may at the end of October so from that point of view that is not what they want.

“I think it is about time we stood up to Brussels rather than cowering in front of Brussels.

Mr Ferrari then questioned whether Mr Raab stood up to Brussels when he was Brexit Secretary and involved in negotiations with the EU.

Mr Raab quickly replied: “I did, but as you know I wasn’t entirely supported in Cabinet or by Number 10.

“Otherwise we wouldn’t be in this position.”

Tensions have begun to increase between the two Tory leadership finalists as Boris Johnson this week wrote a letter challenging Mr Hunt to promise that the UK would leave the EU on October 31 or risk further damaging faith in democracy.