Ambassador Woody Johnson made the remark on Twitter on the day the Brexit process was completed. At 23:00 on December 31 the UK left the Brexit transition process and began trading with the EU under Mr Johnson’s deal.

As a result Britain is no longer obliged to implement EU laws, pay into the Brussels budget or accept the jurisdiction of the European Court of Justice.

On Thursday morning Ambassador Johnson posted: “Should Auld acquaintance be forgot, and never brought to mind.

“The EU-UK deal is done. Our FTA’s [Free Trade Agreement] not far behind.”

The leading American diplomat accompanied his post with a photo of Mr Johnson signing the Brexit trade deal with the EU. 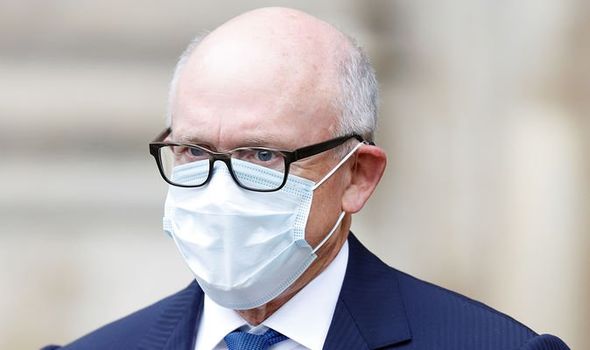 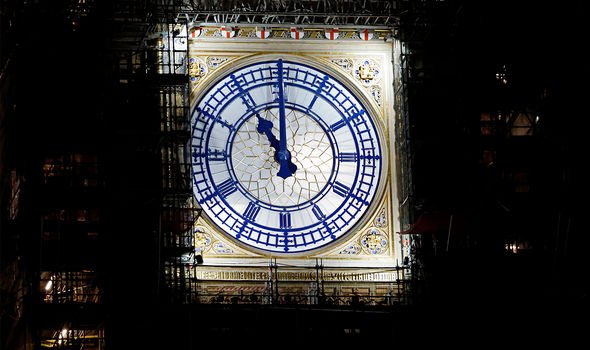 He later added: “As Big Ben rings tonight at 11pm especially for Brexit, the US will be right along with you, toasting the many new possibilities now open to you.

Mr Johnson, a prominent US businessman, was appointed US ambassador to Britain by Donald Trump.

However, Joe Biden, currently America’s president elect, could replace him after he takes office on January 20. 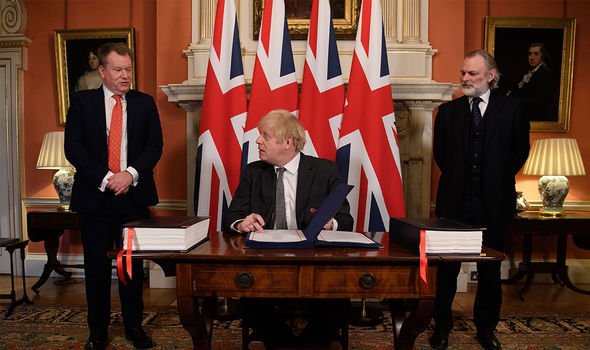 Last month Mr Biden said new trade deals won’t be a priority for his administration during an interview with the New York Times.

He commented: “I’m not going to enter any new trade agreement with anybody until we have made major investments here at home and in our workers and in education.

“I want to make sure we’re going to fight like hell by investing in America first.”

Prior to his election victory Mr Biden warned the UK not to undermine the Good Friday Agreement which produced peace in Northern Ireland.

How Brexit came about: The timeline that lead to British freedom [REVEAL]
UK should be banned from rejoining the EU for 50 years after Brexit [POLL]
Thank God Almighty we are free of the EU at last, says LEO McKINSTRY [COMMENT] 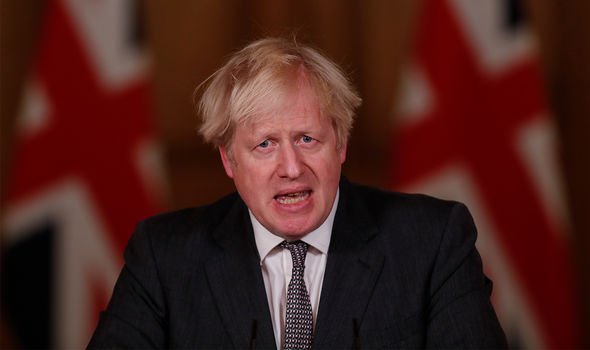 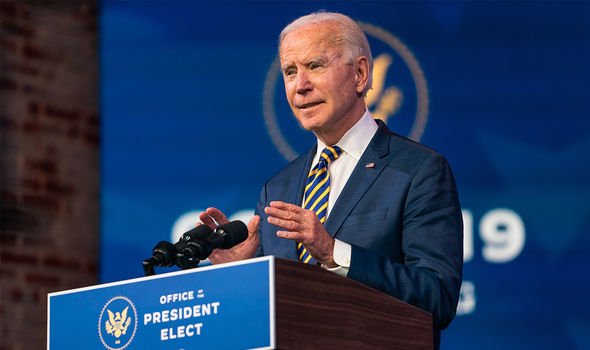 The leading Democrat said: “We can’t allow the Good Friday Agreement that brought peace to Northern Ireland to become a casualty of Brexit.

The Government has since reassured the EU there will be no checks along the Northern Irish border.

Whilst Britain formally left the EU on January 31 it remained in a Brexit transition period until December 31.

Brexit: UK and Spain agree on draft deal for Gibraltar

During this time the UK remained part of the European single market whilst accepting many laws made in Brussels.

Had Mr Johnson failed to secure a new deal the UK and EU would now be trading on World Trade Organisation (WTO) terms.

This would have meant significant tariffs on the trade of certain goods between Britain and the EU.

Lord Frost, the UK’s lead Brexit negotiator, celebrated the end of the transition period on Twitter. 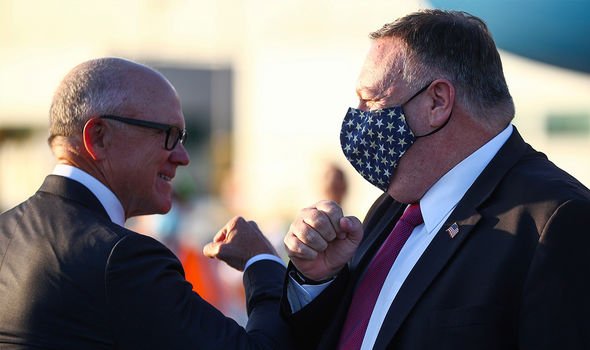 He posted: “Britain has just become a fully independent country again – deciding our own affairs for ourselves.

“Thank you to everyone who worked with me & Boris Johnson to get us here in the last 18 months.

“We have a great future before us. Now we can build a better country for us all.”