The Business Secretary has insisted the Prime Minister is looking at getting a good deal from the EU as Mr Johnson continues his pledge to leave the EU by October 31. Her comments come after Mr Johnson has said he refuses to ask the EU for an extension to Article 50 despite Remainer MPs passing a law forcing him to request another Brexit delay if he doesn’t have a deal by October 17. The Prime Minister reportedly wants to build a bridge between Scotland and Northern Ireland to resolve any issues surrounding the backstop and flow of goods in the UK.

Speaking on BBC Radio 4’s Today programme, Ms Leadsom said: “We will not do anything that undermines the UK or the UK’s internal market.

“We are looking at, as you know, getting a good deal that works for the UK and the EU that is different to the one that was negotiated previously because that couldn’t it get through Parliament.

“Our absolute focus is on getting a good deal on October 17 when the EU council meets.

“We’re looking at creative ways to ensure that there won’t need to be a backstop in that withdrawal agreement.” 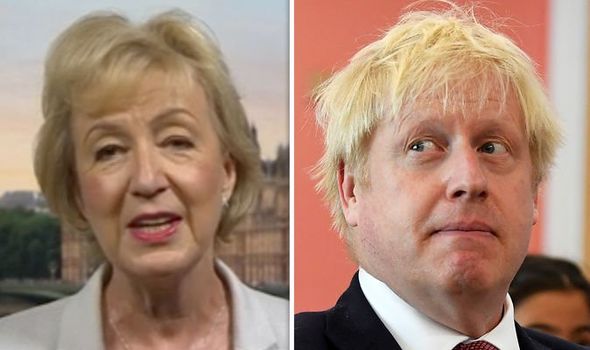 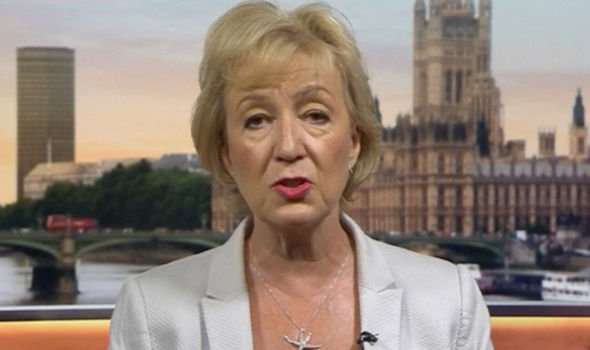 Her comments come as ministers reversed Theresa May’s student visa rules allowing international students to search for work in the UK for two years after finishing their degree.

Ms Leadsom added: “The backdrop to that is in leaving the European Union it will be our government that’s able to determine our migration policy.

“That’s incredibly important is that now we get to decide and instead of being open to free movement from just the EU, the UK will be able to take advantage of a global talent pool of young people and workforce from coming all around the world.

“That’s something that’s a great advantage for us.” 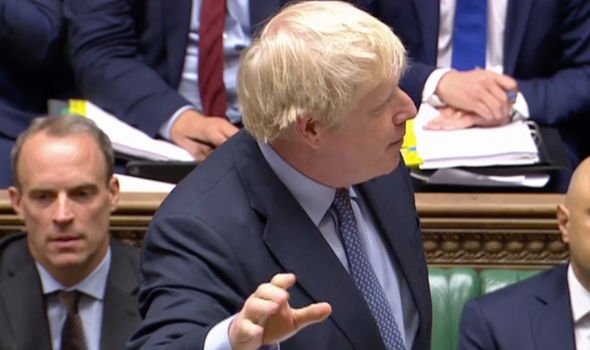 The insight comes as a new ComRes poll found more than a third of Remainers are desperate to leave the EU in a shocking turnaround.

Nearly half of those who completed the survey stated that Brexit shouldn’t be postponed until January 31, while 29 percent were certain that the exit date should be stretched.

The poll also asked participants about their thoughts of the EU offering no concessions to the UK in an exit deal.

Some 43 percent agreed that if the EU made no concessions, the UK should leave without a deal on October 31, compared with a 32 percent who disagreed. 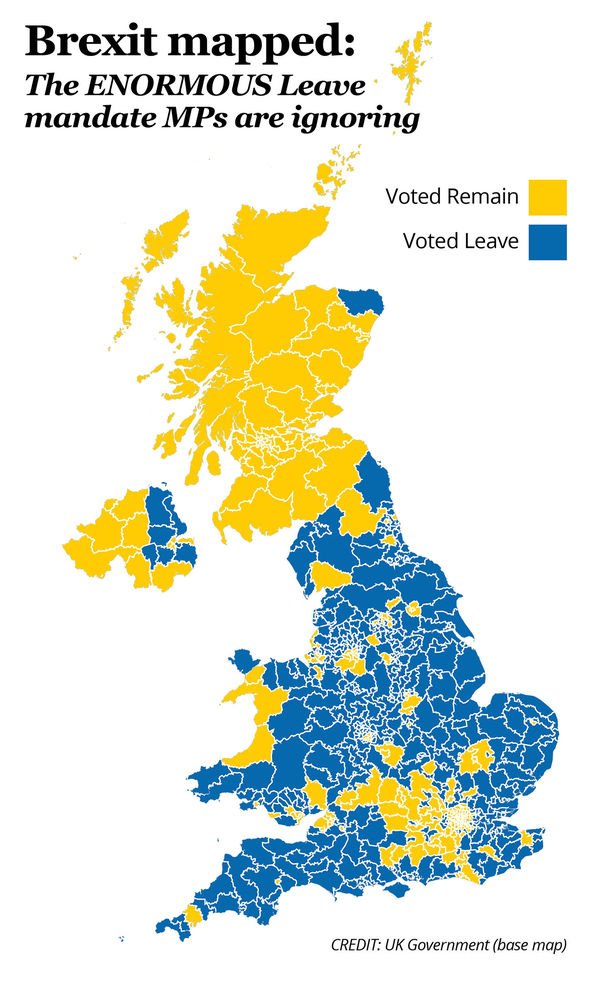 Those intending to vote Conservative agreed with the statement by a ratio of 10 to one – a telling sign of voter confidence in the current Government.

The findings suggest Boris has an upper hand over Jeremy Corbyn, who was feared to have slowly won round the public in his rickety Brexit stance – which now favours remain.

Many agreed that the Labour leader was wrong to oppose Mr Johnson’s attempt at calling a general election in October – around 40 percent.

While 30 percent supported Corbyn in his blocking of an election, 30 percent didn’t know what to think.