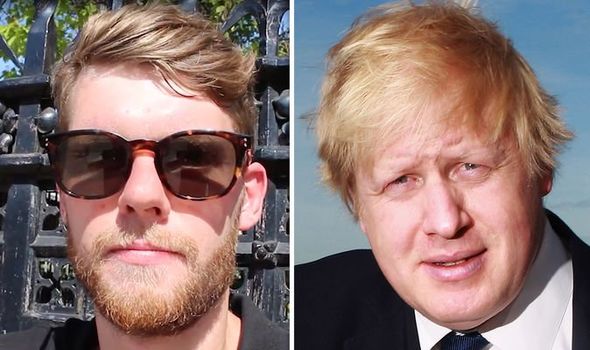 The shock warning was delivered by a pro-Brexit protestor outside Parliament shortly after Mr Johnson became Prime Minister. On both pro and anti-Brexit demonstrators gathered in Westminster, to either urge Mr Johnson to fulfil his campaign pledges or demand a second referendum. During the leadership campaign Mr Johnson vowed the UK would leave the EU on October 31, if necessary without an exit deal.

The protestor commented: “Boris you’ve got one chance to get us out of the European Union.

“If you don’t succeed you’re going to be the shortest-lived Prime Minister in British history.”

Dominic Cummings, one of the masterminds of the 2016 Brexit campaign, was also brought into Downing Street as an adviser.

“I think it’s the best possible scenario, if anyone can deliver Brexit it’s Boris Johnson.

“It’s good to finally have a Brexiteer as Prime Minister of this country. 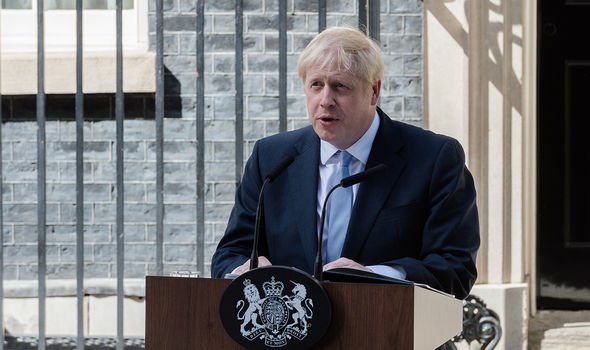 “For the last three years we’ve had a Remainer at the helm and we’ve got absolutely nowhere so hopefully this is the change we need.”

The UK had been due to leave the EU on March 29, but this was postponed twice after Parliament rejected Theresa May’s Brexit deal.

Another demonstrator argued Mr Johnson must deliver an EU exit without further delay to ensure the Tory party survives.

Speaking opposite Downing Street he said: “I think Boris should be aware that if he doesn’t get it done on October 31 I think the Conservative Party is finished forever.”