Home » Europe » Bride devastated after her £6,000 dream wedding was ruined by ravers 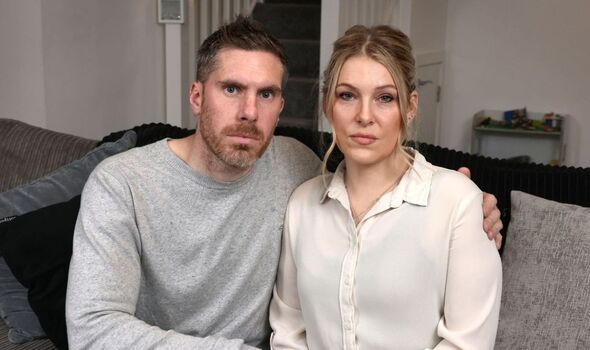 A woman was left devastated after her dream wedding abroad was ruined and dubbed the “worst day of her life” after the venue became flooded with “ravers”. Natalie Rhodes, 40, spent £6,000 to have her wedding abroad in Malta. But she claimed the venue had double booked which left her surrounded by half-naked revellers covered in UV paint and waving glow sticks. Natalie told the Mirror: “We were promised exclusivity of a beach club.

“Two days before the wedding, one of the colleagues that were abroad basically told us that we would be sharing the venue with a party of people and that it wouldn’t be exclusive at all. We had half-naked partygoers watching us get married on the beach. We had children there and it was just like one big rave. I think they paid something stupid like £50k so they didn’t expect to be sharing it with us either, and they said it was like they were gatecrashing our wedding.

“There was vomit everywhere. My child went into the bathroom, came out then vomited all over the beach because he’d seen what had gone on in the toilets – they were covered in vomit.

“It was a mixture of colours and it was all over the floor and all up the side of the cubicle, where someone had come out and not made it to the sink or the toilet.”

Natalie and partner Adam Butterworth had been planning their wedding for years. They had one child together, Blake, eight, so decided to put plans on hold and as they began planning again Bhodi, four, arrived.

When both children were old enough they started making new plans, but then Covid came along and they had to cancel at the last minute. But sadly, the wedding was not worth the wait, as Natalie said: “It was the worst day of my life. We had about 10 ravers for every wedding guest. We were outnumbered – there were about 150 of them.

“The music they were playing, it was very loud and had loads of swear words in it, it was like rapper and rave music. It was aggressive and pumping, they were all jumping around and dancing with the glow sticks and everything.

“We sort of felt like we wanted to leave, one or two of our guests were dancing to the music for about ten minutes – but when they realised the music wasn’t going to calm down they wanted to go.”

Natalie said she booked her wedding through Perfect Weddings Abroad and was quoted £5,995 – claiming they were promised exclusive use of the venue, a professional photographer who would supply pictures on a USB stick, and free reign when it came to entertainment. She booked a DJ to play her favourite song, an instrumental version of A Sky Full of Stars by Coldplay.

On the day, she claims the DJ she had booked was told to leave as his music, specifically selected by Natalie, clashed with the blaring dance tunes played by the other party.

“There were both men and women laying around with next to nothing on, my mother-in-law was mortified and my husband asked them to move and the manager came over and said we can’t ask people to move. He said I can see my wife-to-be walking towards us, and to the left of him, there were four semi-naked people – three men and one woman. It was a bit distracting.

“Eventually they moved, but only just a bit further away and they were leering and laughing, and ordering drinks. There were bar staff as well, you can see staff in the background going from the bar to the people watching us and serving them drinks. The rave people were a lot younger than us, what I’d call bikini-clad kinda thing. They had the hula flowers that go around the neck and glowsticks and things like that.

“They were apologetic, but I wouldn’t say they were respectful. The music was very loud and we could smell the marijuana, and we had about seven children there. The nudity wasn’t the problem, it was more the swear words in the music and the marijuana and the vomit everywhere. I was wearing the traditional white dress, my husband had a white shirt and a beige pair of chinos and braces.

“When the rave began, we just kind of sat there wanting to leave. We had a quick drink and we left early, we walked to the hotel we were staying in and put the children to bed. We sat on the balcony and had a drink.”

Natalie said that her wedding day was ruined and now she’s looking to organise another ceremony, but this time she’s sticking to the UK.

She added: “It cut the day short, it’s a real shame. We’re devastated, we don’t feel like it was a proper wedding at all – we’re trying to get money back off them through compensation and maybe doing it again in this country. They’re not taking any responsibility at the moment, we have threatened small claims court and we’re waiting to hear back.