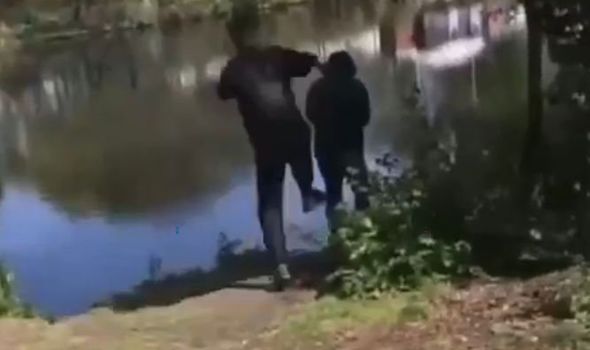 A shameless youth filmed his violent friend kicking the 74-year-old man into the River Mersey in Warrington, Cheshire, on Sunday afternoon. Disturbing footage, which we have chosen not to publish in full, shows the yob approaching the pensioner from behind before bundling him into the cold water.

The man suffered a cut to the face after banging his head, Liverpool Echo reports.

Two women passing by rushed to his aid but he was left traumatised by the ordeal, police say.

Daily Express readers were horrified by the incident and have demanded the National Service be brought back into action.

More than 200 readers have shared their disgust on Facebook today.

One reader wrote on the social network: “Feral youths like this need boot camp. Have they got grandads like this 74-year old-man?”

Another posted: “The only answer to all this is National Service. Too much trouble for so-called parents to discipline..but the [National] Service helps youngsters to mix and train [sic] for a future that benefits them and society.”

A third reads: “Send them to Army boot camps. They would be laughing on the other side of their faces, maybe crying for their mums.”

Another post reads: “Don’t these kids have grandparents? How would they feel if their loved ones were treated this way?”

One woman stated: “The NEW generation. Bring back National Service…” 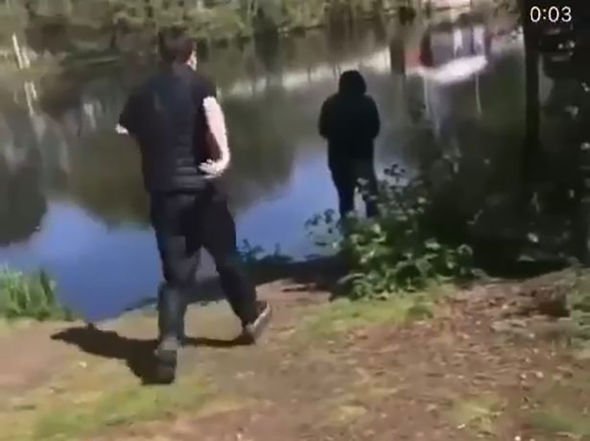 The victim fell headfirst into the river in the town centre.

Police believe they were several witnesses to the brazen attack and spoke to two women who came forward.

One reader posted: “Absolutely disgusting, they probably won’t pay for their crimes. They should make them go clean house or work in a nursing home as cleaners.”

Another stated: “Go back to the old days, police use to give you a clip round the ear, then take you home then watch you get another clip of your parents.”

One woman posted: “Hope they get caught and not by the police but by the person’s family. It’s disgusting what they’ve done the shock of the cold water could have killed this gentleman. We woudn’t have dared done this as kids. Some teenagers have no respect.”

Another social media post says: “What is wrong with some of the youth of today, no respect. We were brought up to respect and help pensioners.” 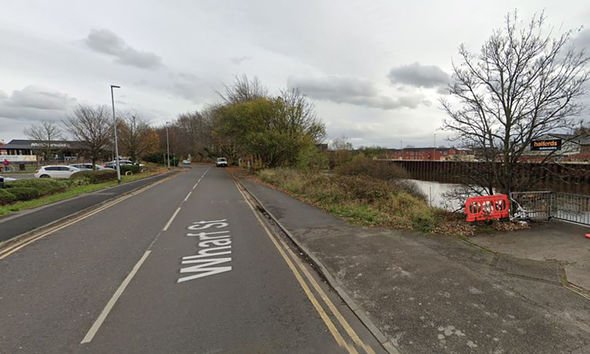 Other users condemned the youths responsible.

One wrote: “Sadly today the punishment does not fit the crime, probably a slap on the wrist and told not to do it again.”

Another added: “Something needs to be done about these unruly youths of today, it’s because they know they get away with things too easily, they do things all the more, do what’s right and throw the book at them.

“This guy is someone’s dad, grandad, if he was a member of my family I’d be guns blazing, they are no less than sick in the head if they think pushing an elderly man into the water is funny! Hope the man in question makes a speedy recovery.”

One user commented: “He’s lucky he wasn’t knocked unconscious when he banged his head!

“Being he walked home, he probably didn’t want any fuss made when the women helped him, are they able to give a description of the youths.”

Another wrote: “Unfortunately I believe things like this will become more and more common.

“The law, society and parents are becoming so mamby pamby and therefore children/youths have no respect for their own parents let alone anyone else.

Cheshire Police, leading the investigation, called the attack a “shocking and upsetting incident”.

Sergeant Mark Spaven, of Warrington Local Policing Unit, said: “This was a shocking and upsetting incident which has understandably left the gentleman shaken.

“He returned home freezing cold and had sustained a cut to his face due to banging his head as he fell into the water.

“We are determined to find those responsible and I am urging anyone who has any information or believes they know who did this to come forward.”

The horror happened in the centre of Warrington between 2.30pm and 3pm, and police believe there were several witnesses.

It happened near a popular retail park and a McDonald’s.

NHS COVID-19 app tracker: Can the Government track where you are with track and trace app?