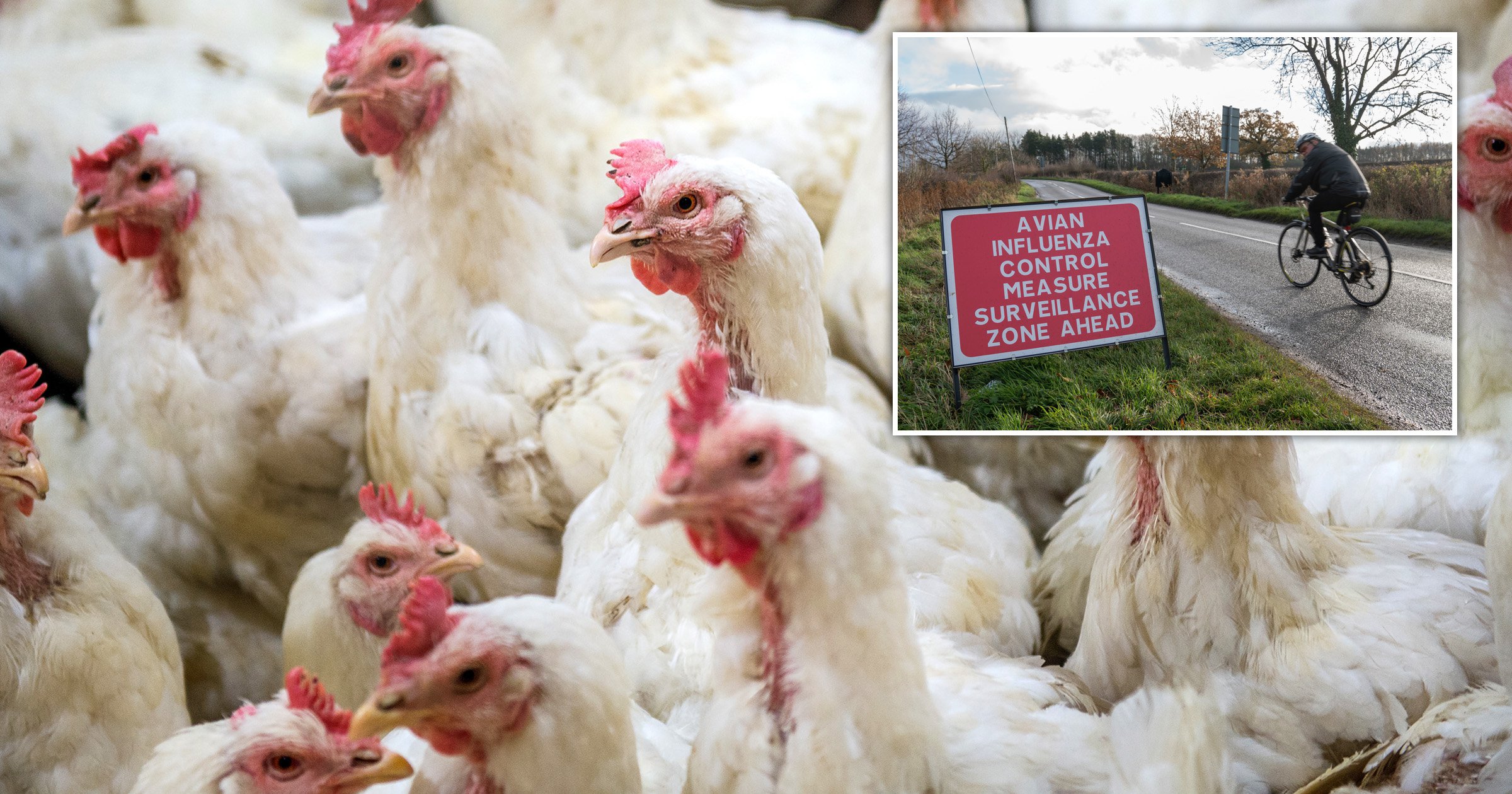 A human case of bird flu has been found in England, officials have confirmed.

The patient, who kept birds, is isolating and there is currently no evidence of onward transmission.

The Health Security Agency (HSA) did not confirm the exact location but said the infected person is in South West England.

In a statement, it said: ‘Bird to human transmission of avian flu is very rare and has only occurred a small number of times in the UK previously.

‘The person acquired the infection from very close, regular contact with a large number of infected birds, which they kept in and around their home over a prolonged period of time.

‘All contacts of the individual, including those who visited the premises, have been traced and there is no evidence of onward spread of the infection to anyone else. The individual is currently well and self-isolating.’

Bird flu, also known as avian flu, is a type of disease that spreads among birds.

While there is not believed to be a wider risk to the public, people are being urged not to touch sick or dead birds.

Lab tests reportedly show the person is infected with a H5 strain of bird flu, most likely the H5N1 type.

Until now, there have been no documented cases of this particular strain in Britain.

However, several people have been infected around the world, leading to a number of deaths.

A source told The Sun that human case was picked up after routine surveillance testing was triggered by infection in the man’s flock.

They said: ‘The risk to the public is very low. The case was detected as part of our surveillance systems in place around avian flu as it is something we need to take very seriously.’

The UK has been hit by a record outbreak of bird flu that has led to 500,000 captive birds being culled in recent months.

An avian influenza prevention zone was declared across the UK in November, requiring strict biosecurity measures and all birds to be kept indoors.

What is bird flu?

Bird flu, or avian flu, is an infectious type of influenza that spreads among birds, though in rare cases, it can affect humans.

The main symptoms of bird flu can appear very quickly and include:

For information on how to avoid catching bird flu, visit NHS England

This was done due to concerns that wild birds migrating from mainland Europe during the winter are carrying the disease.

The coronavirus pandemic has heightened concern about disease spreading from animals to humans.

But experts say the risk to human health from avian influenza remains very low, and there is a low food safety risk.

Prof Mike Tildesley, professor in infectious disease modelling at the University of Warwick, said: ‘This is clearly going to be big news but the key thing is that human infections with H5N1 are really rare and they almost always occur as a result of direct, long term contact with poultry,’ he said.

‘There has never been any evidence of sustained human to human transmission of H5N1 so at present I wouldn’t consider this to be a significant public health risk.’

‘We’re turning people away!’ Forecourt owner warns early mornings are for NHS only

Royal weddings will never be without one unique Welsh touch