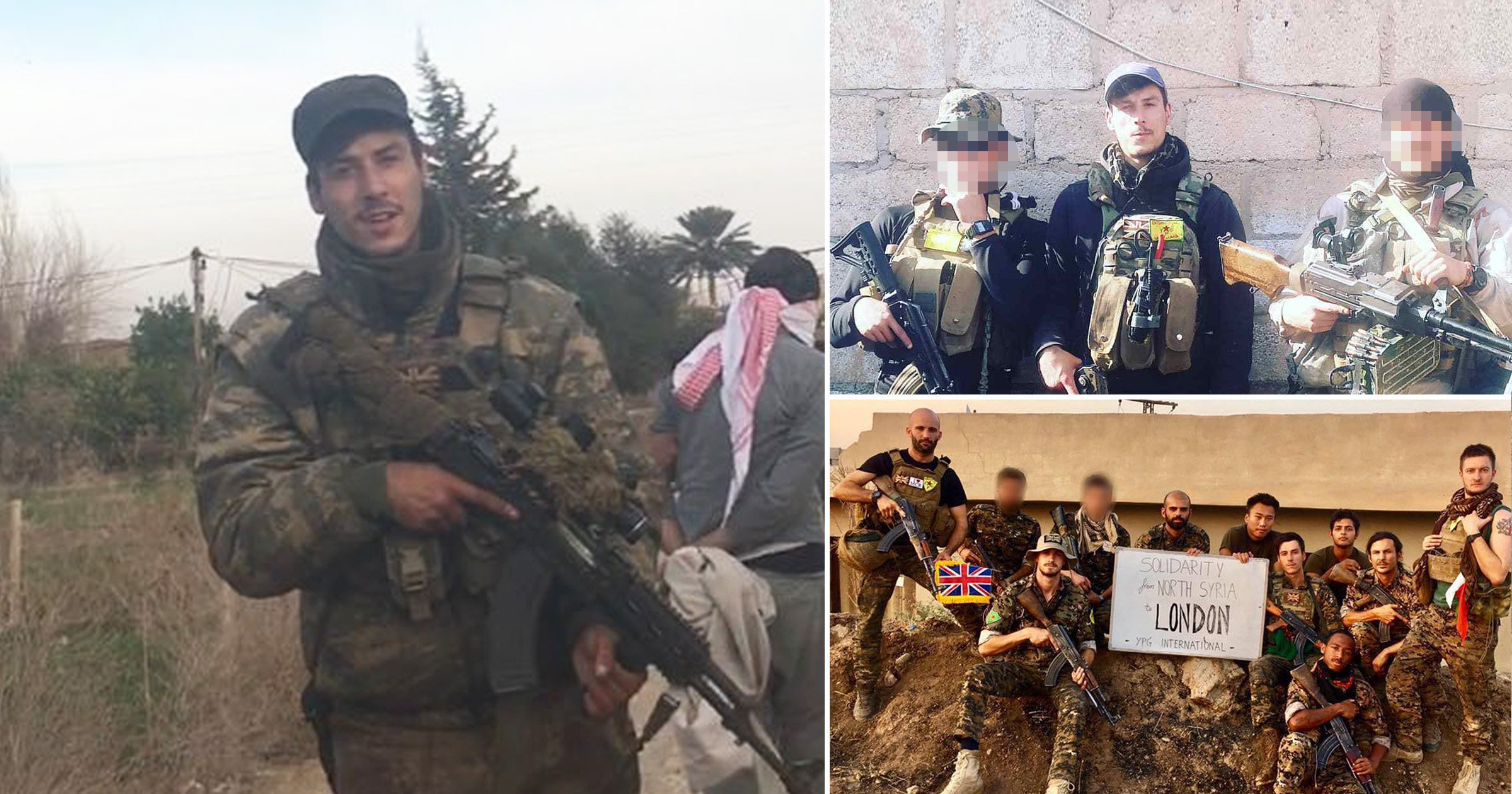 A British man fighting ISIS with Kurdish forces says he would rather stay in the combat zone than be ‘treated like a criminal’ if he tries to return to the UK.

Dan Newey says he is exhausted after 18 months in the war-ravaged region but will continue to battle the ‘well organised’ terror group as well as fighters backed by Turkey.

The 28-year-old militant plans to remain with the People’s Protection Units, known as the YPG, over Christmas, in what he feels has become a forgotten war on the border between Syria and Turkey.

His father, Paul, was previously arrested on suspicion of funding terrorism by sending him £150 and he risks arrest if he returns home after travelling to the region against Government advice.

However, Dan, from Solihull, West Midlands, said he had been working closely with British and American coalition forces, including in operations against ISIS cells.

He is with the YAT, a counter-terrorism unit, and has previously fought against fighters backed by Turkey, who he expects to launch an imminent attack on Kurdish-held territory. 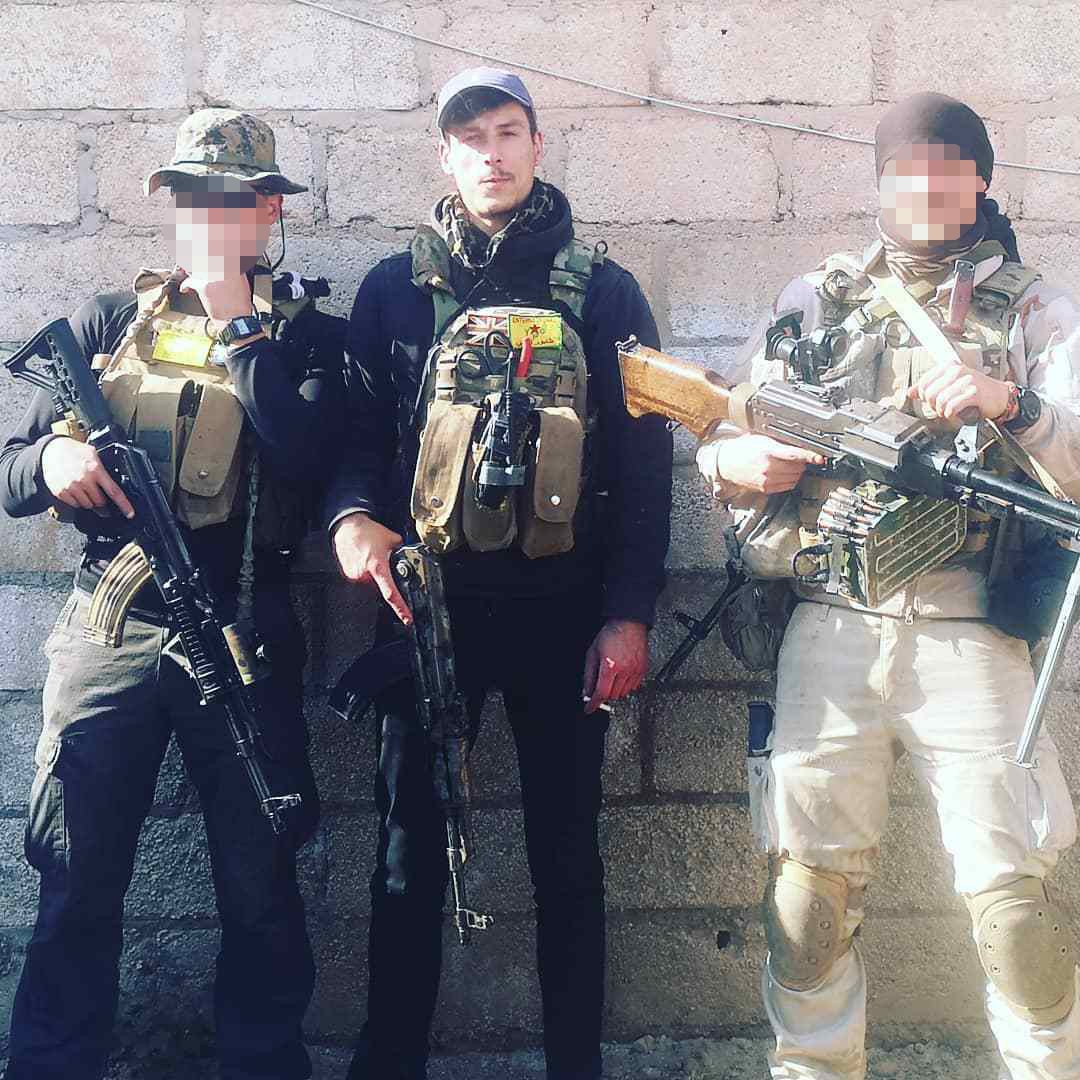 Speaking to Metro.co.uk, Dan said: ‘The past eighteen months have been exhausting but life with the YPG is good.

‘We are waiting for another offensive against the autonomous administration to start. It seems more and more likely that this will happen soon.

‘The enemy have increased the frequency they attack. Mostly we are limited in terms of being able to launch full scale counter-offensives because of their use of Turkish air power, armour and artillery.

‘Mostly we only fight back in self-defence now. These sorts of operations are ambushes and small counter attacks in the form of raids against enemy positions.’

The volunteer echoed claims by his father that British fighters and their families are being arrested on home soil because the Government is trying to appease Turkey, which views Kurdish fighters near its border as terrorists and has been trying to reverse their territorial gains.

‘People are left in the dark entirely about what is happening here,’ he said.

‘People probably think ISIS are over. Well they’re not. The Government should be consistent in their approach towards their foreign policy. I totally understand the reasons why we are arrested when we get home.

‘We have been here in situations that nine-nine per cent of people probably think are insane and they want to make sure we are not a threat.

‘But at the same time, the Government’s soldiers are here, on the same side as us, working with us. Instead of vilifying us to appease Turkey, they should be helping us reintegrate and giving us counselling.’ 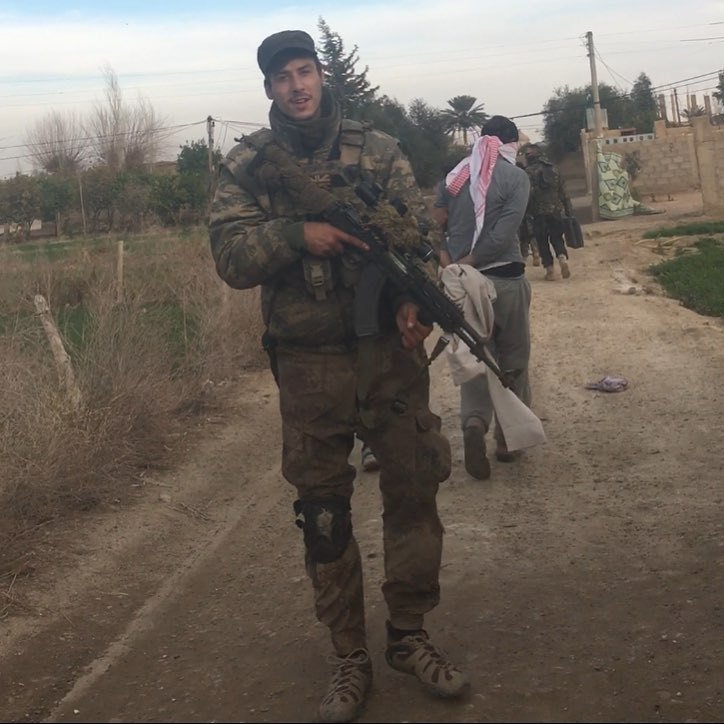 The case against Dan’s father collapsed when it reached the Old Bailey but returning fighters still face possible arrest, even though the YPG is not a proscribed group in the UK.

Another Kurdish group, the Kurdistan Workers’ Party, or PKK, is proscribed by the UK and Turkey.

Dan said: ‘Many people struggle when they go home. They can’t get jobs, they have ridiculous cases hanging over them, ruining their lives. We survive this and then have another war when we go home.

‘Lots of people don’t manage. I know many people that struggled to reintegrate, struggled to come to terms with the things they’d seen here and the treatment of us by the CPS makes it worse.

‘People have taken their own lives. We’re not the criminals. We are doing the right thing.’

ISIS may have had its territorial ‘caliphate’ broken but it is still active in northern Iraq and Syria, and has also been the focus of the Iraqi army.

Dan said that the coalition, led by the US, Britain and France, was providing assistance through the Combined Joint Task Force, also known as Operation Inherent Resolve, which draws together coalition forces in the ongoing fight against the terror group.

‘In all honesty, ISIS are better organised now than they were when they had a caliphate,’ he said. The big danger is that they operate underground.

They have very well organised networks and still receive a lot of help from MiT [Turkish Intelligence].

‘They still have thousands and thousands of fighters, not just here in north and east Syria, but Iraq and Turkey too. They are still able to attack the security forces at will.

‘They’re very good at fighting unconventionally and it will be some time before they emerge as a conventional force again.’

Dan’s father had previously drawn a parallel between Shamima Begum’s legal appeal to win back British citizenship and the arrests of British fighters returning to the UK. 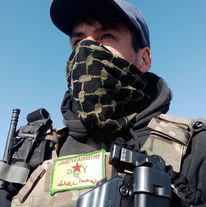 Begum, 21, is in a refugee camp in northern Syria after travelling to Raqqa from London in 2015 to marry a Dutch ISIS recruit.

Dan said: ‘The other threat ISIS pose is the amount of prisoners held in SDF [Syrian Defence Force] prisons, many of whom aren’t native to Syria.

‘The SDF will be unable to hold them forever. There are prison break attempts week by week. At some point they will get out. We have contact [combat] with ISIS fighters often.

‘Their ideology is still the same. They are just biding their time.’

Dan is aware of other British jihadi brides and captured ISIS fighters in and around his sphere of operations, including at a prison in Hesekê, a city in north-eastern Syria.

‘During a prison break attempt in July a British Da’esh fighter was killed,’ he said. ‘It was my unit that was sent to contain this mass escape attempt.

‘These people are a threat still. In the same way I’ll never feel what I’ve done is wrong, and no one could force me to change, you can’t change these people. These creatures have done some of the worst things imaginable to other human beings.

‘They are a hundred per cent indoctrinated and will always hold the same views. I think they should have their day in court. But it should be a war crimes court at the Hague.

‘The international community seem reluctant to sanction this though.’ 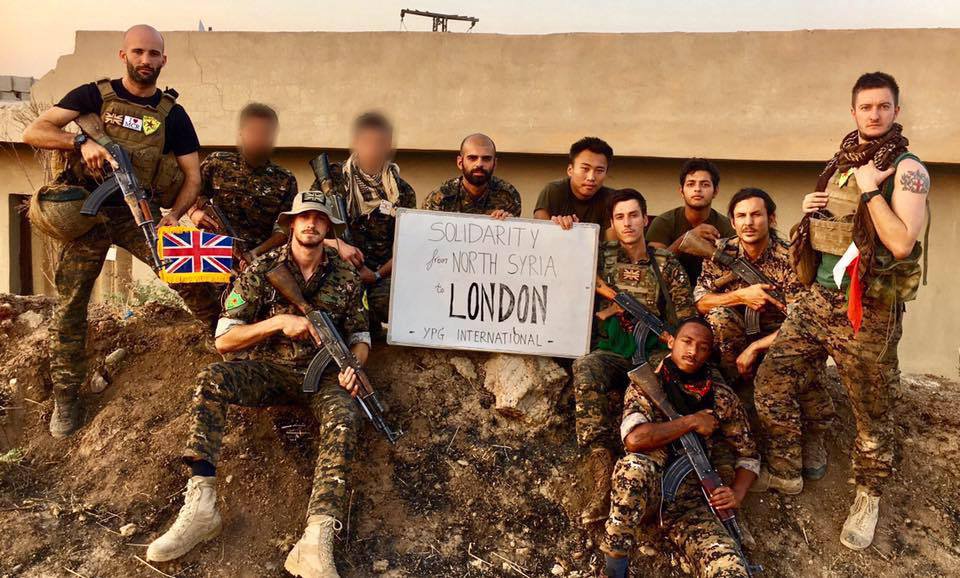 Dan’s sense of camaraderie is tempered by the loss of Oliver Hall, who died in November 2017 while clearing mines in Raqqa.

He said: ‘It’s difficult to be here for sure. You have to be mentally strong.

‘I think about the friends that I lost last time I was here like Oliver and they remind me of the job I’m here to do. Your immediate combat unit is always like your family.

‘But I think this time I’m a bit more reluctant to form deep interpersonal relationships with people.

‘I focus on the unit as a whole and my duty and that is all. Christmas is too far in the future to think about now.

A Home Office spokesperson said: ‘We have consistently warned against UK nationals and residents travelling to Syria for any reason.

‘Those who become involved in fighting abroad, including fighting against Da’esh alongside Kurdish groups, can expect to be arrested on return and investigated to establish if they pose any risk and whether they have committed any offences.’

Turkey has previously denied having links to ISIS and described it as a ‘terrorist group’.

Brexit bombshell: Why Remainers – not Boris Johnson – are ‘on constitutional thin ice’