Families and friends will be able to meet for a drink or meal outside as more lockdown rules are lifted. Shops can throw open their doors and hairdressers can get back to work again. The Prime Minister urged the country to “behave responsibly” and maintain social distancing. He said: “Today is a major step forward in our roadmap to freedom, as venues such as shops, hairdressers, nail salons, outdoor attractions, pubs and restaurants open once again.

“I’m sure it will be a huge relief for those business owners who have been closed for so long, and for everyone else it’s a chance to get back to doing some of the things we love and have missed.

“I urge everyone to continue to behave responsibly and remember ‘hands, face, space and fresh air’ to suppress Covid as we push on with our vaccination programme.”

There is still a long way to go before all the restrictions imposed to bring Covid under control are dropped.

But polling for the Daily Express found that 59 percent of the public support the Prime Minister’s careful approach.

More than a third believe the pandemic has improved community spirit. And around eight in 10 adults say they understand lockdown rules, according to the survey of more than 2,000 adults carried out by OnePoll.

The latest easing of rules comes after the nation has spent more than a year under some form of Covid restrictions. 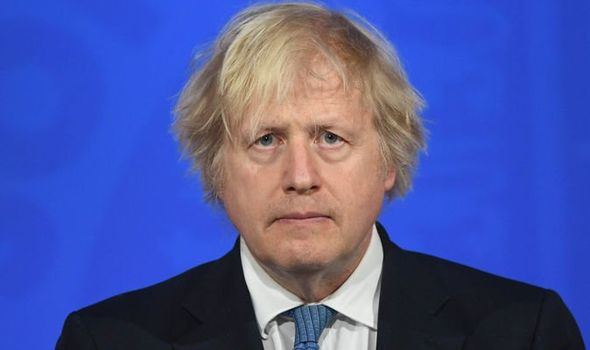 More than 127,000 people have died within 28 days of testing positive for Covid-19 in that time. Mr Johnson has admitted that mistakes have been made over the course of the pandemic.

But he has always insisted the Government has been guided by science and has tried to balance responses to the coronavirus with the impact of measures on other areas of life.

More members of the public think he has generally been on the right track than those who think his approach has been “unacceptable”.

The poll found 29 percent believe the PM’s response has been imperfect but better than any other politician or party could have delivered.

A quarter believe there have been flaws but it will work out and 22 percent say it is as good as the nation could possibly hope for. Just 20 percent were opposed.

Some 59 percent agree that they support the Government’s approach to easing lockdown. The figure rises to 85 percent among Conservative voters, but even among Labour voters 43 percent are supportive. 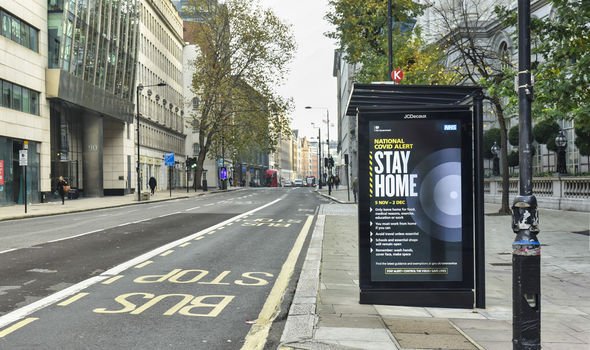 But 46 percent of all respondents believe that care home residents have been treated unfairly by being banned from going out.

Around one in eight adults describe themselves as still “very scared” of catching coronavirus but the majority, 66 percent, class themselves as cautious.

The study found 38 percent want lockdown lifted only when certain targets are met, such as having all members of vulnerable groups fully vaccinated.

One in 10 are happy to wait till 2022 before lockdown is fully lifted if it stops new strains or Covid hotspots flaring up. Just 14 percent want the rules lifted as quickly as possible.

He said the public can now “start to think” about foreign holidays this summer. 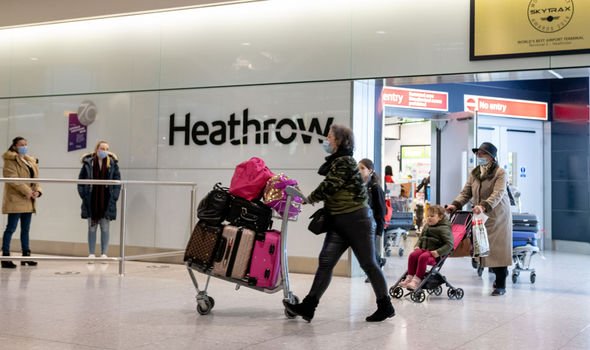 The Government is hoping to allow Britons to fly abroad from May 17, and will confirm the date early next month. Some 29 percent of the public are “very keen or desperate” to jet off, according to the poll.

Many are looking forward to a staycation, with 37 percent keen to have a break somewhere in the UK.

The Government is looking at whether Covid passports, which show if someone has been vaccinated, has immunity or has had a negative test, should be introduced.

Critics claim such a move would be discriminatory and an infringement on civil liberties. The polling found mixed views among the public, with 33 percent in favour and 18 percent against.

Some 38 percent believe that regardless of whether Covid passports are a good or bad idea, they will be unworkable. Just nine percent would refuse to have one.

Nearly 70 percent do not have concerns about the safety of Covid vaccines and just seven percent believe all jabs are dangerous. 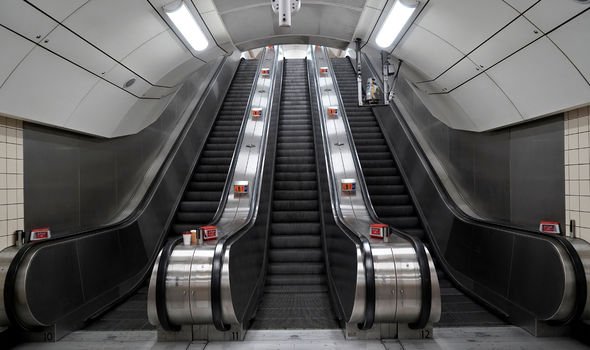 Under the loosening of lockdown today, all non-essential retail is allowed to reopen.

Public buildings, such as libraries and community centres, can open too.

Swimming pools and indoor gyms will reopen but group exercise classes are not allowed yet.

Most outdoor attractions, including zoos, theme parks, and drive-in cinemas are re-opening, and self-contained holiday accommodation such as campsites and cottages can be booked as long as they are not shared with other households.

The number of people able to attend weddings, receptions and commemorative events such as wakes will rise to 15. For funerals it is 30. Pubs, cafes and restaurants can serve people food and drinks outside.

The British Beer and Pub Association said that whilst the reopening was exciting for publicans and pubgoers alike, just 40 percent of English pubs – around 15,000 – will be opening while the rest lack outdoor space.

Chief executive Emma McClarkin said: “That first pint back in the beer garden is going to be a special moment. People across the country have been looking forward to it for months.

“But we should remember that those opening will be loss making, with the ability to trade beyond ‘break even’ coming with the removal of all restrictions.”

The OnePoll survey found the over 65s were least concerned about getting inoculated.

More than 60 percent of adults have now received at least one dose of the vaccine, according to official figures stating that 32 million people have received a jab.

Ministers and scientists launched a publicity blitz last week to reassure the public over the safety of the AstraZeneca jab after regulators said there was a possibility of it being linked to rare brain clots. The Medicines and Healthcare products Regulatory Agency said the under-30s should be offered alternatives.

Some 86 percent of the over 65s have no worries about vaccine safety, according to the poll.

The next major round of rule changes, which will allow indoor socialising, will be on May 17 at the earliest if the Covid data is heading in the right direction.

From June 21, it is hoped all legal limits on social contact will be removed and the final round of businesses, such as nightclubs, can reopen.