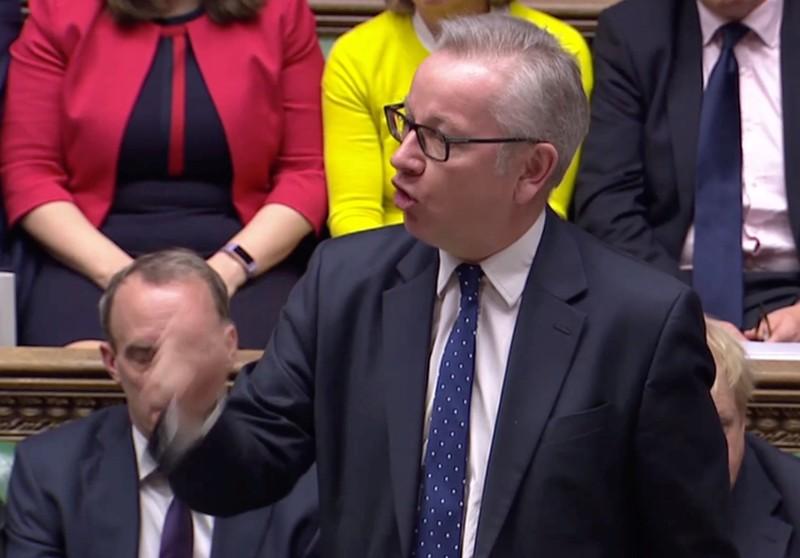 Parliament thwarted Johnson’s attempt to secure backing for his EU divorce deal on Saturday, withholding their approval in order to trigger a law passed last month to force him to send a letter to the bloc asking to push back the deadline to Jan. 31.

The move was designed to remove any risk that Britain could leave without a deal on October 31.

“We are going to leave by October 31, we have the means and the ability to do so,” Gove, the minister in charge of no-deal Brexit preparations, told Sky News.

Johnson sent a letter to the European Union requesting a delay as the law required, but he did not sign it and he added another note saying he did not want a “deeply corrosive” Brexit extension.

Gove said the risk of leaving without a deal had grown.

“We, if we had had our victory yesterday, would have been on a clear flight path towards a deal,” he said. “Now, as a result of that vote, we cannot guarantee any extension will be granted.”

The president of the European Council Donald Tusk said he would consult EU leaders before responding to Johnson’s letter. However, it was unlikely that the EU’s 27 remaining member states would refuse Britain’s delay request.

Gove said government would now step up preparations for a no-deal Brexit, including triggering its “Operation Yellowhammer” contingency plans.

“The risk of leaving without a deal has actually increased because we cannot guarantee that the European Council will grant an extension, that is why I will later today be chairing a Cabinet committee meeting (…) in order to ensure that the next stage of our exit preparations, our preparedness for a no-deal, is accelerated,” he said.

Brexit deal ‘next month’ as EU crumbles under Boris push