The revelation follows moves by China to introduce a resolution that would bypass local law and, in effect, end its special, autonomous status. The move by Beijing follows months of pro-democracy protests against the communist regime’s strengthening grip on the city. China is now pushing for an “improvement” in the Basic Law that defines ties between Hong Kong and Beijing. It could include a controversial national security law that seeks to ban “treason, secession, sedition and subversion”.

That could be passed without consulting the Hong Kong legislature and would mark a fundamental change in how Hong Kong is run.

But the Sunday Express has learnt that at a meeting earlier this year at the Prime Minister’s official country residence, Chequers, Mr Johnson told MPs that he could be prepared to give Hong Kong citizens refuge.

It is unclear if this will include just the 315,000 who hold a British National (Overseas) passport and their extended families, or the 7.5 million population – most of whom had the passport until 1997.

That passport allows visa-free travel to the UK but not residency. The proposal is that refugees from the Chinese would get full passports.

The meeting at Chequers saw unanimous support for the move. It is similar to the campaign to provide full citizenship to Ugandan Asians in the 1970s, when they were persecuted by dictator Idi Amin. One of the families to come over then was that of Home Secretary Priti Patel. 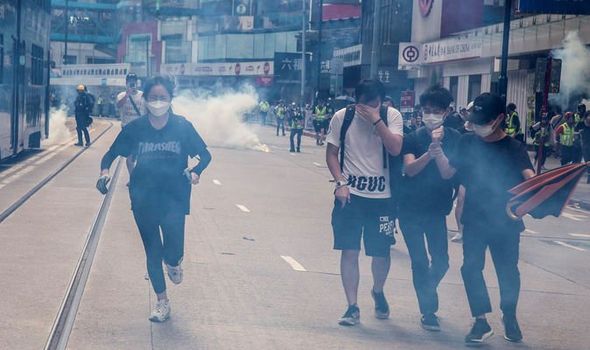 North West Leicestershire Tory MP Andrew Bridgen, who is one of 183 people to sign a letter demanding action on Hong Kong, said: “We clearly have a moral obligation to those residents, especially those with British overseas citizenship, given the Chinese crackdown.”

“Sensitivity to the issue in Beijing has even seen the regime black-out BBC World broadcasts in mainland China when the new law was discussed.

“But last night experts warned that few of the 315,000 British National (Overseas) passport holders will be able to take up any offer, unless it is also extended to families.

“While this would be welcome, it is essentially a symbolic gesture,” said Evan Fowler, a fifth generation Hong Konger and founder of Hong Kong Free Press. 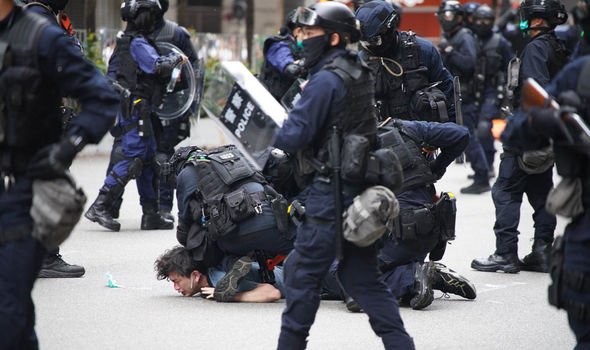 “There’s anger at the fact that BNOs are non-transferable and don’t apply to children or spouses.

“The elite have other passports too but they’re highly invested there and won’t be looking to leave unless the Chinese close down the Hong Kong Club.

“Of the rest, 90 per cent aren’t financially able to relocate and, even if they were, they would not leave their families behind.”

The coalition represents 23 countries and shows the “growing and widespread international outrage at the decision by the Chinese to impose national security legislation in Hong Kong”, said Lord Patten.