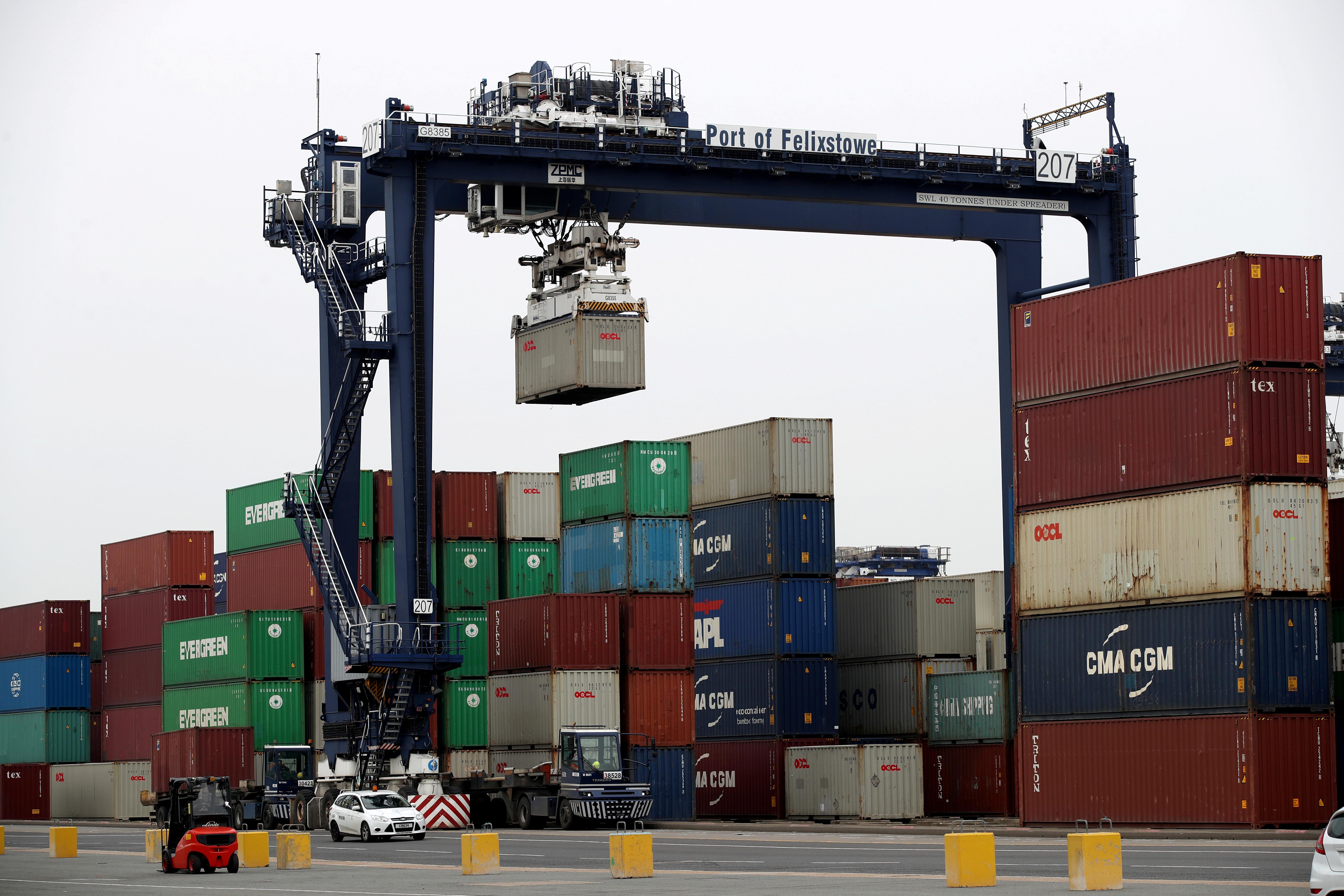 LONDON (Reuters) – Britain on Tuesday revised the tariff regime that would come into force if it leaves the European Union without a deal, making 88% of total imports by value eligible for levy free access.

Seeking to balance the need to keep consumer prices down without destroying domestic producers, Britain also said under a new “exceptional review process” it could make changes to the regime from day one if needed.

“The UK is a free trading nation and British business is in a strong position to compete in an open, free-trading environment,” Trade Policy Minister Conor Burns said.

With just 23 days to go before the United Kingdom is due to leave the world’s largest trading bloc – and with no divorce deal in sight – Prime Minister Boris Johnson’s government is stepping up preparation for a potentially chaotic exit.

London first published a temporary tariff regime before its original leaving date in March, as part of its preparations to leave a bloc it joined in 1973.

The revised plan, which follows feedback from industry, lowers tariffs on trucks, applies tariffs to additional clothing products and adjusts levies on bioethanol to retain support for UK producers of a fuel that is important to critical national infrastructure.

The government has left some protections in place for British producers, for instance carmakers and farmers, while many other industries will face cheaper competition from abroad.