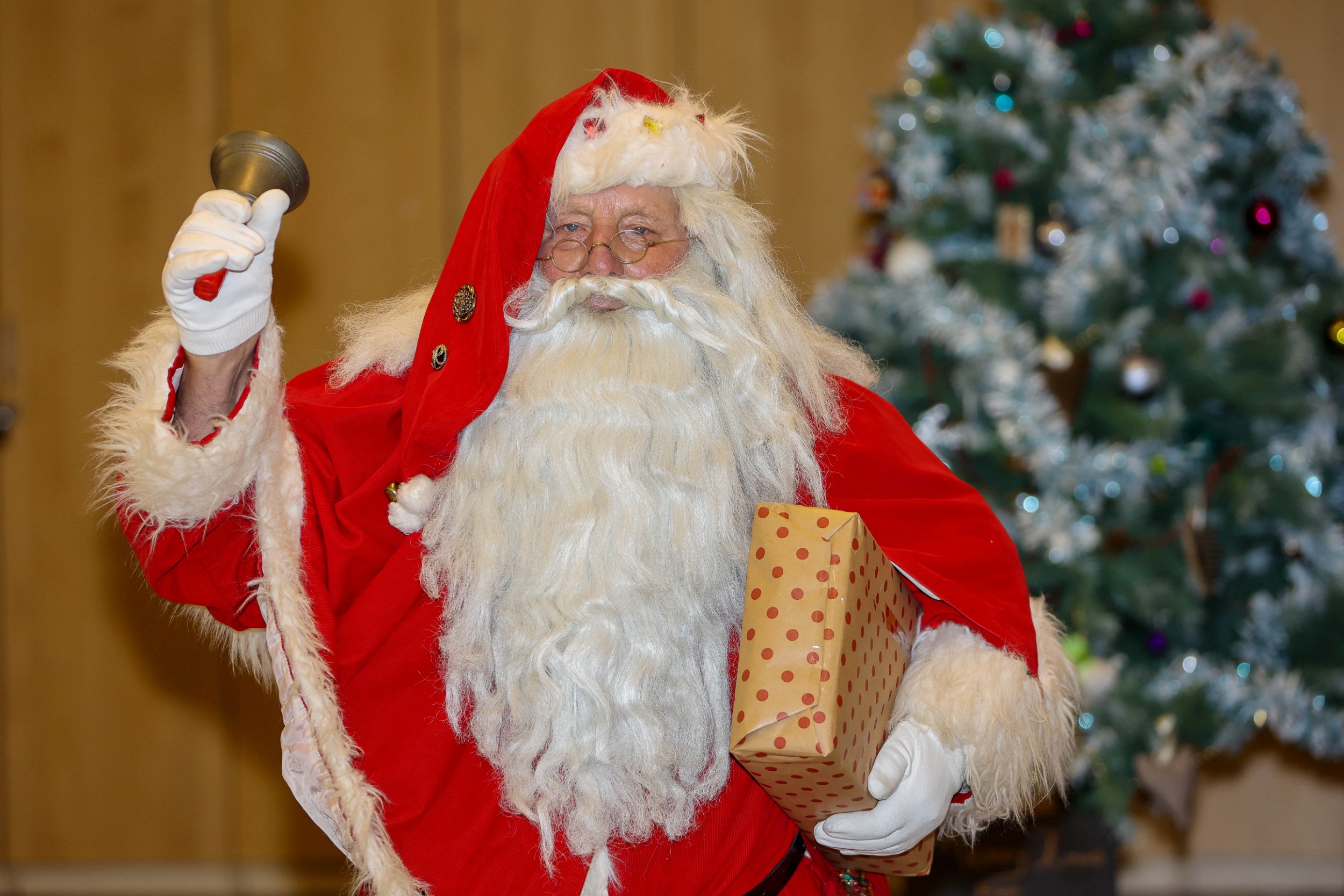 A man who has dressed up as Santa Claus every Christmas for the last 60 years has no plans to stop anytime soon.

Ray Hulse, 78, has handed out thousands of gifts to delighted youngsters since donning the festive red and white suit as a stand-in back in 1962 when he was just 18.

The grandad has not missed a single year and even made sure to do socially-distanced appearances during the pandemic.

Ray visits schools, supermarkets and village halls, raising more than £55,000 for charities in the process.

Now the dad-of-three from Shropshire is celebrating reaching his incredible 60-year milestone and has vowed to carry on for as long as he can.

He said: ‘There aren’t many people that can say they’ve done something for 60 years.

‘I am actually the longest serving Santa in Great Britain, and quite possibly the world. There can’t be many doing it for as long as I have.

‘It started when I was asked to do a kid’s party at 18. Once I saw the sparkle with the kids, I thought I’d carry it on.

‘I’ve done it on horseback, in my car, I’ve raised money for charities and hospices.’

‘Whenever I go out and I’m doing it, I’m not me, I’m Santa Claus. I go straight into character and stay in character.’

Ray explained that the role means so much to him because he ‘didn’t have the best life growing up’.

He said: ‘I had to give my wages over after working down the mines. This is why I do this -to give children something I didn’t have.

‘The reward I get is to see the expressions on the kids’ faces and the sparkle in their eyes.

‘As long as I’m capable I shall carry on going. I have no plans to slow down, I’ll keep on going and do what I can for other people.

‘I try and do what I can, when I can even though my heart is a little dodgy.’

Ray has always made his own costumes, donning antique specs and white gloves to complete the look.

He said: ‘Everything I think of, is how to make that sparkle and bit of magic even better and after 60 years of doing this I’d like to think I’m getting something right by now.’

For the past 30 years, Ray has been raising funds for Hope House Children’s Hospices, following the loss of his son Nicholas in 2012.