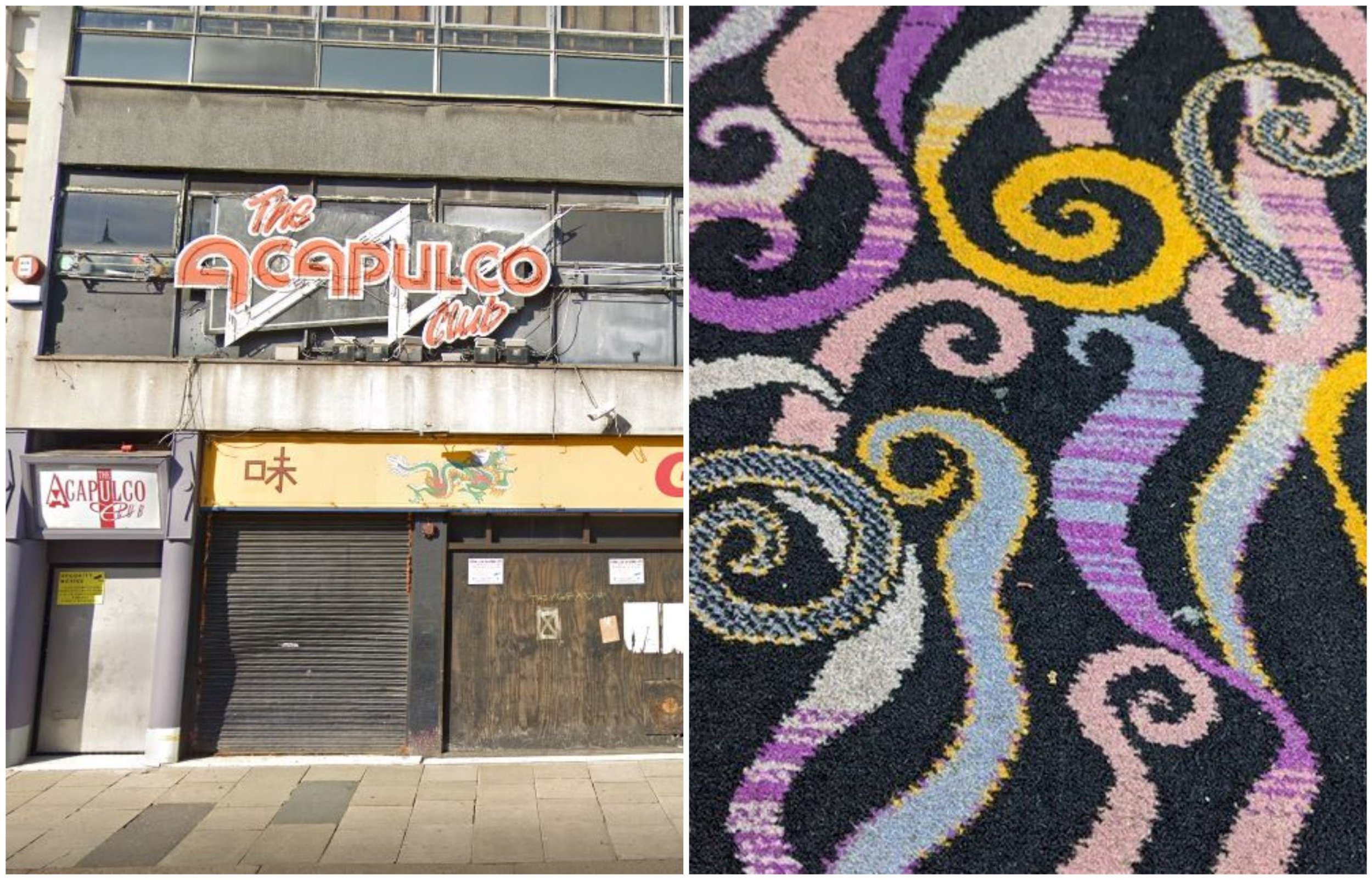 The UK’s oldest nightclub famed for its sticky carpet and 75p drinks is selling bits of its carpet as nostalgic keepsakes.

The Acapulco in Halifax, West Yorkshire, is selling souvenir sections of its distinctive, swirly patterned flooring costing from £5 to £50.

The club, which has been open under the same name since 1961, has even created a grid so people can find the place where they had their first kiss or first met a significant other.

Owner Simon Jackson said he was inspired after he heard three generations talking about their memories of the nightclub.

‘It started as a bit of a joke, I had a conversation with a lad celebrating his 18th and he said his grandmother used to work there and his mother met his father there,’ he said.

‘There were three generations of the same family celebrating.

‘The mother said, “I remember the carpet, it is the same one?” and I said it probably is.

‘I told her changing the carpet has been on the list of things to do for a few years but things kept getting in the way.

‘They said, “We should take a piece of it,” as it’s part of their family history and a few other people said they’d take a piece.

‘We got to thinking how many people have met here and had first kisses, birthdays whatever here.’

The club then decided to put some sections of carpet up for sale to raise money for local charity Street Angels, which helps homeless people.

Simon said staff have been blown away by the response, and have sold more than 100 pieces already for more than £1,000.

He added: ‘We knew Street Angels were struggling for money so we thought we’d try to get some money for them as they don’t get any funding.

‘By 5pm that night we’d raised over £1,000 for the charity so hopefully we can get a few thousand for them. If we’d got a couple of hundred quid we’d have been happy.

‘It’s just blown up, we couldn’t cope with the demand. We’ve had to dig it out of the skip and clean it up to the rest of it.’

Generations have walked on that carpet for at least the last 20 years.

Locally known as the ‘Mighty Acca’, the nightclub has been around 30 years longer than the internet, and was one of the first clubs in the world to have its own website in the 1990s.

‘It doesn’t even look that bad, it’s just going thin in places.’