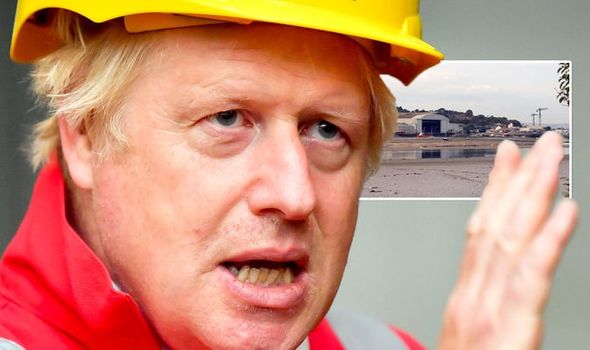 The federation, which represents a million maritime-related jobs, is “optimistic” at being given a £1billion boost in the upcoming autumn spending review. “It is the first time in many years that the Department for Transport has been so enthusiastic about the sector and we’re working hand in glove with them to put forward a compelling and transformative bid for the spending review,” said director Ben Murray.

If approved by Chancellor Rishi Sunak, the money will kick-start a world-leading decarbonisation programme to power vessels with greener technology.

Mr Murray said: “It will be invested to replicate initiatives by the Office for Low Emission Vehicles and go into research and development, which will use established technology and innovative solutions which mirror what we’ve found to work for the automotive industry.

“Our forecast is that this will account for 15,200 new direct jobs and as many as 73,000 other jobs when considering the supply chain.”

The move will be the first stage of a broader industrial policy which will see the UK resume the development of niche, luxury and military vessels.

Mr Murray said: “It would then go on to stimulate a rejuvenation in the ship-building industry, because this is about creating ­propulsion systems which go on new vessels, built in our shipyards.”

Last week’s visit to the newly reopened Appledore shipyard by PM Boris Johnson has also given rise to hopes that a £1.5billion contract to build three Royal Navy support vessels will also go to a British firm. 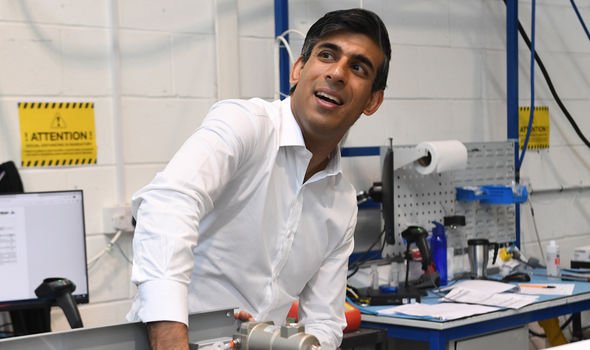 The shipyard in North Devon closed in March last year after owners Babcock said its future was not “secure”, despite the offer of a £60million Ministry of Defence contract. But new owners Infrastrata, part of Harland & Wolff, bought the firm for £7million saying its ability to cater for smaller ­vessels is “a market segment that cannot be ignored”.

Mr Johnson said: “This exciting new chapter for Appledore will create hundreds of new jobs in the South West and beyond, and will drive forward our ambitions to become a ship-building superpower.”

He hinted at future government support, adding: “We’re hoping that we can get a good order book going.”

Mr Murray added: “He went as far as he could to make a commitment that we’ll bring more ship-building back to the UK – and that was clearly a nod to the Royal Navy.

“Designing and manufacturing navy support vessels here is the best way of creating jobs. And for every single maritime job created, there are another five in the supply chain.”

He said the move would also improve the lives of the three million people who live on Britain’s coasts “in often forgotten and poorer regions”. 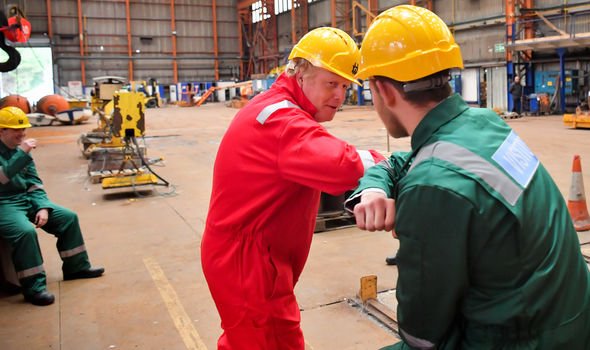 However, Mr Murray warned that only the Treasury could alter the Ministry of Defence’s cut-price procurement strategy “from one which prioritises the lowest possible capital expenditure to a broader industrial strategy which says ‘Let’s build on those specialisms we have’.”

Mr Murray added: “The Treasury rules were more appropriate before Covid-19, when resilience was less of an issue and short-term costs the priority. Now, with the change we’ve gone through, and the PM’s desire for ship-building you need to place orders at home.”

The maritime sector contributes £46.1billion to the UK economy every year and about 95 percent of British imports and exports in goods are moved by sea.

Mr Murray said British success will lay in “niche and bespoke technical ships” such as offshore support vessels used for wind farms. “We’d like to see those vessels built and managed in the UK. This is a British asset which is solving our energy needs.”

He added: “Previous governments used the excuse that it was tricky to procure ships at home because of EU guidelines, while ignoring the fact other EU members were doing it. The Government must consider what kind of tendering it wants.”