He tweeted: “20 million people across the UK have now got the jab – a huge national achievement and a testament to the tireless work of NHS staff, volunteers, the Armed Forces & many more. “I urge everyone to get the jab when called. Every jab makes a difference in our battle against Covid.” Health Secretary Matt Hancock said vaccinating more than 20 million people against coronavirus was a “magnificent achievement for the country”. In a video on his Twitter, Mr Hancock said: “I’m absolutely delighted that over 20 million people have now been vaccinated across the UK – it’s absolutely fantastic.

“I want to thank every single person who’s come forward to get the jab because we know with increasing confidence that the jab protects you, it protects your community and it also is the route out of this for all of us.”

Mr Hancock urged everyone eligible for the vaccine to come forward and added: “Every jab in the arm is another life soon to be protected from this awful disease and means we are a step closer to returning to our normal lives.”

Vaccines minister Nadhim Zahawi tweeted: “BINGO! One Score over 20,000,000 people have had the vaccination (1s dose).

“What an achievement for February 2021. What a team! Proud to be with you on this journey.”

NHS England chief executive Sir Simon Stevens said: “Vaccinating 20 million people – including 17 million across England – in a few short weeks shows the NHS vaccination campaign is firing on all cylinders, and looking out to Easter and beyond it’s full speed ahead.

“As we can see from other parts of the world, having vaccines from the manufacturers versus actually administering them to patients can be two different things.

“So this latest milestone is also a tribute to careful health service planning, effective organisation and amazing teamwork across the whole of the country.” 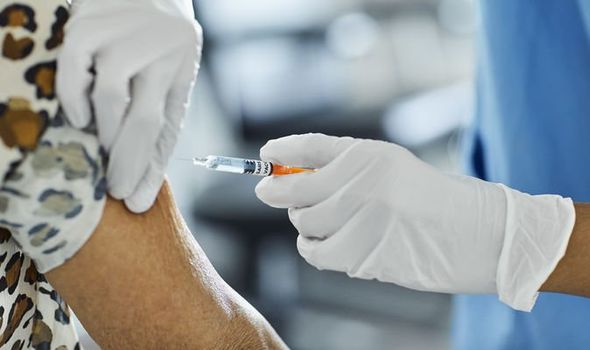 It comes as nearly two million people aged 60 to 63 in England are being invited to book a coronavirus jab, with the letters due to start arriving on Monday.

NHS England said the letters will explain how people can make an appointment through the national booking service.

They have been sent out after more than three in four people aged 65 to 70 took up the offer of a vaccination, it added.

A further 149 people who tested positive for coronavirus have died in hospital in England, bringing the total number of confirmed deaths reported in hospitals to 83,123, NHS England said on Sunday.

Patients were aged between 23 and 103 and all except six, aged between 34 and 89, had known underlying health conditions.

The deaths were between January 8 and February 27.

Meanwhile, Chancellor Rishi Sunak told the BBC’s Andrew Marr Show there is no evidence of newly discovered coronavirus variants spreading after concerns that case rates are rising in one in five areas. 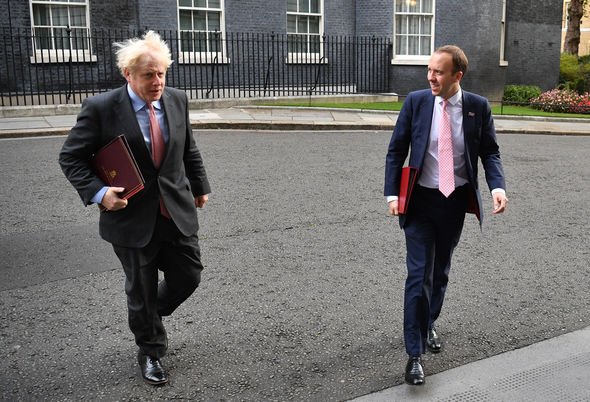 He added: “That’s not what I’ve seen in any of the data.”

Pressed if there was any evidence of more new variants, he said: “No.”

Mr Sunak also said the Government should reach its conclusion on vaccine passports in “a few months’ time” and that the Prime Minister had taken a “cautious but irreversible approach” with his road map but there was a “sense of confidence and optimism about the future”.

Asked if the data was better than expected, the PM’s road map could happen quicker, he told Sky News’ Sophy Ridge On Sunday: “What we want is a cautious but irreversible approach.

“That’s why we’ve taken the approach that we have and those will be the earliest dates that we think we can do the various things we’ve laid out.”

He added: “What businesses don’t want is a stop-start approach to this, we want to know that it’s a one-way road and that’s why it’s cautious.

“We’ve given the earliest of dates to give a sense of timing and a sense of direction and then obviously we might have to adjust those if things are not going exactly as we would like, but look the early signs are promising. 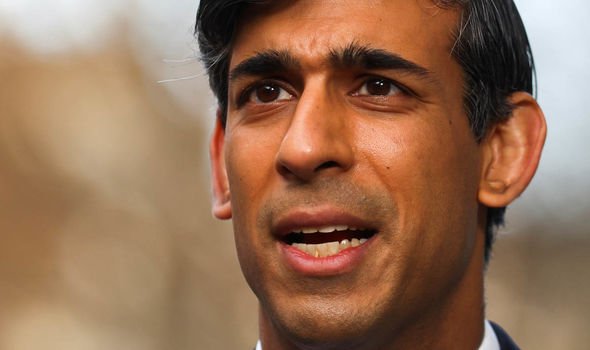 “We’re seeing great news with the rollout of the vaccine, not just the take-up of it but also the efficacy of the vaccine, the data that we’re getting is showing us that it is working, so I think that should give us all a sense of confidence and optimism about the future that we can make progress on that road map and hopefully slowly get our lives back to normal.”

The Duke of Cambridge has also urged people to keep on taking the Covid-19 vaccination so “younger generations” will feel “it’s really important for them to have it”.

William also warned against “rumours and misinformation” on social media about coronavirus jabs, as he and Kate talked by video call with two clinically vulnerable women who have been shielding since last March.

His comments came after the Queen encouraged those hesitant about vaccination to “think about other people rather than themselves”.

The Department of Health and Social Care also said that two rapid coronavirus tests will be sent out to all households with school-aged children every week under plans for schools to safely reopen in England from March 8.

Free tests will be provided to pupils’ households, as well as those in their childcare or support bubbles, regardless of whether anyone has symptoms, the department added.

The rapid tests will be ordered and collected from local sites or administered through workplace testing programmes.

Secondary and college pupils will be tested with lateral flow tests twice a week, receiving three initial tests at school before they start taking them at home.

Teacher accused of engaging in sex act with teenage boy: 'I met him in an over 18s nightclub'