The country’s youngest convicted terrorist, who led a neo-Nazi cell from his grandmother’s house, has avoided custody.

He was 13 when he obtained instructions for explosives, and a year later had collected a haul of terror material and was sharing far-right ideology in chartrooms.

An Old Bailey judge gave the teenager – now 16 – a two-year youth rehabilitation order, as he was sentenced on Monday with his grandmother holding his hand.

The defendant, from southeast Cornwall, had pleaded guilty to 10 counts of possessing terrorist material and two of disseminating terror documents.

Judge Mark Dennis QC told the boy, who cannot be identified for legal reasons, that he had entered an “online world of wicked prejudice”.

He said a custodial sentence would undo the work to rehabilitate him and noted his remorse, as well as saying he was “susceptible to the influence of others”.

However, he warned that any reoffending would mean “ever-lengthening terms of incarceration”.

His grandmother was with him as he was sentenced by video-link from Bodmin Magistrates’ Court.

The court previously heard that between October 2018 and July 2019 the teenager had collected a large stash of far-right material.

It included ingredients for napalm, how to make bombs and Molotov cocktails, how to build an AK-47 rifle and instruction on fighting with a knife.

He also talked online about “gassing” Jewish people, hanging gay people and wanting to “shoot up their parades”, the court heard. 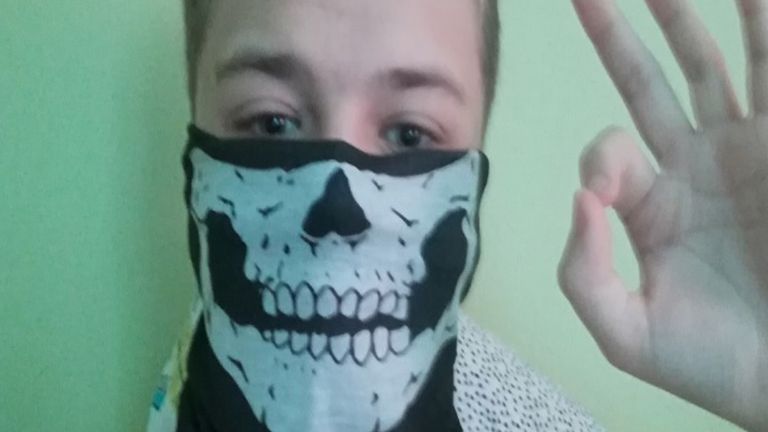 In summer 2019, he became the British cell leader of the FKD (Feuerkrieg Division), a neo-Nazi group that idolises the likes of Anders Breivik – the Norwegian mass murderer.

He was responsible for recruiting members and propaganda, the court heard, and was allegedly in contact with the group’s 13-year-old Estonian “commander”.

The Cornwall teenager was said to have recruited five people, including 17-year-old Paul Dunleavy, who was sentenced to more than five years’ detention for terror offences in 2019.

The court heard that the pair had talked about obtaining guns and that he had also commissioned a poster showing an atom bomb cloud over parliament with the tagline “sterilise the cesspit that you call London”.

One of his recruits was an undercover officer, and his home was eventually raided in July 2019 after information suggested he was trying to make a weapon.

No guns were found but officers seized his computer and phone and found a Nazi flag and a neo-Nazi text.

The boy told police he didn’t have far-right leanings, nor was he racist or homophobic, claiming it was just an attempt to “look cool” online, and said he had been considering leaving the FKD.

Detective Inspector Mark Samuel from Counter Terrorism Policing South West said the case showed that “potential extremism that can lie beyond every computer and phone screen”.

“This is especially true during lockdown where young people spend more time online, often alone and unsupervised,” he added.

Mr Samuel encouraged anyone with concerns about someone potentially being radicalised to get help on the Act Early website.

Coronavirus: Children forgetting how to use a knife and fork in lockdown