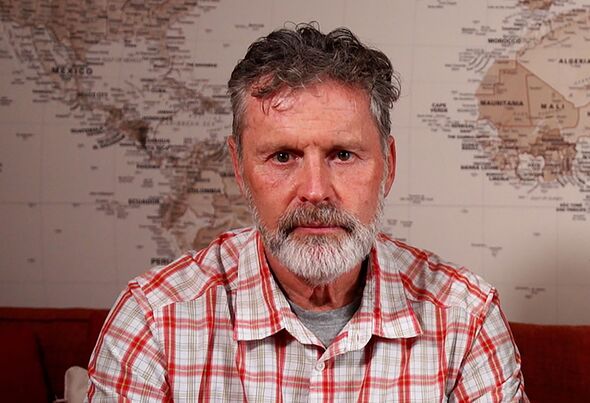 A war veteran British aid worker has enjoyed his first Christmas and New Year in the UK after languishing in a Taliban jail for six months.

Dad-of-two Grant, 57, was taken prisoner along with other Western aid workers from a hotel in Kabul’s ‘Green Zone’ in Afghanistan on December 18, 2021.

Grant was working for an international aid organisation that had Taliban permission and paperwork to help rebuild the country after the humiliating withdrawal of Western forces in August of that year.

But as the Taliban tried to convince the outside world they had turned over a new leaf, the situation on the ground was back to how it was before, and it was just a matter of weeks before Grant and other Westerners were detained.

Decorated soldier Grant, who served his country for 21 years, joined the army in 1984 and went on to see service in the former Yugoslavia, Northern Ireland and Iraq. After being taken in December 2021 what followed was six months of hell for the war hero who was forced to go on hunger strike and even threaten suicide in a bid to improve conditions for himself and his fellow inmates.

Grant, from Dorset, was only released on June 12 this year and has just spent his first Christmas back in the UK with his family.

He said: “After everything, I went through this Christmas was very special. Instead of being with my family, last year I was locked up in abysmal conditions with no idea how it would be until I was freed.

“We made up for lost time with our Christmas celebrations this year, in many ways I know I’m lucky to be alive.”

Grant’s fellow inmates were released on June 20, the day Foreign Secretary Liz Truss tweeted: “Pleased the UK has secured the release of 5 British nationals detained in Afghanistan. They will soon be reunited with their families. I am grateful for the hard work of British diplomats to secure this outcome.”

But as one of those held by the Taliban Grant’s reflections on the ‘hard work’ of British diplomats and Liz Truss’s dept is very different to her proud social media post.

Speaking after his released and during the former Prime Minister’s leadership campaign for her ill-fated premiership, Grant said: “I do not want Liz Truss to be the next Prime Minister.” When the Taliban struck Grant and other Westerners were herded to the top floor of a hotel before being taken to a former Afghan intelligence agency compound just a few miles away.

It would be there that Grant would spend the next six months crammed into a 10-foot-square cell with almost no natural light and just a ladle of stew, a plate of rice and half a flatbread to share between three or more prisoners.

During his incarceration, the Iraq War veteran developed eyesight problems because of the length of time he spent in poorly lit conditions, and he has also picked up a slight stutter.

Grant said the UK response was overshadowed by the US State Department who managed to negotiate the release of an American citizen and a British citizen, who held a US green card, two months before Grant and his UK cellmates were freed.

He said: “The (Taliban) chief interrogator said on numerous occasions that the Brits, ‘they are playing games, they’re not doing as they said they would’.”

Grant, who has a teenage daughter and young son, said towards the end of his incarceration the Taliban stopped him from joining other inmates to make an agreed five-minute phone call home to his family.

He said the Taliban passed on a lie saying that he didn’t want to speak to his loved ones. He added: “One of the phone calls that was allowed, it was five individuals went up for a phone call. I asked to go up because it was a family call, they (the Taliban) said no.”

“It was another three weeks then until I got to speak to my family, so that was the worry for me, that my wife was worried, my children were worried.

Grant said he and other inmates being held in cell 5 had to take drastic action just to get noticed by the outside world He said: “I discussed this with one of the other inmates who was in the cell, the other inmate from cell five was in solitary, that I’d write a suicide letter.

“Got the letter out via the American who was released and he handed the letter to the Foreign, Commonwealth and Development Office. Shockingly enough, surprise, two days later I got a phone call (from the FCDO).”

The Taliban holding the Westerners hostage were mostly young men in their early 20s except for a few older jailers who directed the mental and physical treatment of the prisoners, including interrogations and death threats.

Grant said: “I can only speak for my personal experience, all mine was mental attacks. Being brought clips of me in uniform, being told ‘Grant, you’re a dangerous man, we’re going to hang you’ and ‘we’re trying to keep you out of court but when we take you to court and when you are found guilty, you’re going to get hung’.”

By May Grant had been away from his family for five months with no end in sight to his imprisonment so he took the decision to go on hunger strike.

He said: “Our treatment at the facility was going downhill. Exercise had been stopped, even going in the corridor, so we were in the cell for 23 ½ hours a day. One of the guards, and I’d not seen this before, grabbed one of the individuals who was in cell five with me and pushed him into the cell.

“I was like right, enough is enough. This was the 25th of May and I said right I am on hunger strike now.”

When the Taliban questioned why Grant was beginning his nil-by-mouth campaign he told them he wasn’t eating until the food was improved, prisoners were allowed access to their phones and they were given exercise every day.

It took two weeks for Grant’s bravery on behalf of his fellow inmates to pay off when the jailers relented and met his demands.

He said the hunger strike eventually got the attention of the UK government and Grant received a phone call.

It would be a matter of days then until Grant was released on June 12. Despite more than 180 days behind bars Grant said there were some at the Foreign Office and others who had helped him during and after his imprisonment.

He said there were “two individuals from the FCDO who were great people” but that he felt the rest of the team “left us to hang on for weeks on end.”

Grant praised a group called Hostage International who helped when he was released.

He said: “They got a letter together for me and I got a medical with a GP within a couple of days because you don’t know what you’re going to pick up because I lost two stone, luckily a pint and a pie has sorted that out.

Grant said his local MP Richard Drax, who mentioned his name in Parliament when he was incarcerated took him and out for lunch when he came home.