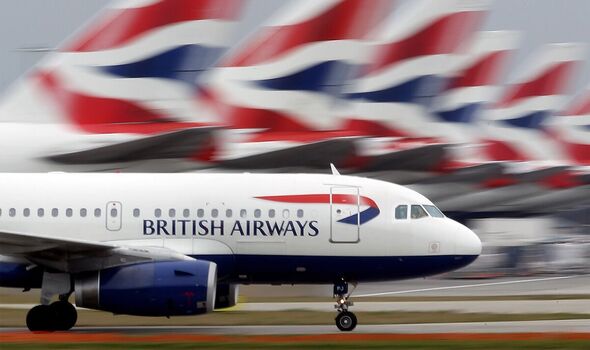 Pilots on a British Airways flight have taken oxygen not long after departure from Heathrow Airport.

Flight tracking sites said the plane destined for Nice, France, initiated the 7700 squawk coade shortly after after takeoff around 5.22pm and returned to the airport.

The code indicates an onboard emergency requiring priority attention from a nearby airport.

And it came after passengers reported an unusual odour emanating from the aircraft.

Crews reportedly raised the alert for “fumes” in the cabin, with passengers smelling “strange smells”.

He added the plane returned to the airport surrounded by fire crews, but there was “no intervention” and pilots were “still on oxygen”.

Mr Mezeret said there was no air of emergency as firemen entered the cockpit.

He wrote that nothing appeared “too critical” as passengers were “still strapped in”.

A BA spokesman said the plane had looped back after experiencing a technical issue.

They added: “The aircraft landed normally after returning to Heathrow following reports of a technical issue.

“The safety of our customers and crew is always our priority.”

A Heathrow Airport spokesman confirmed the plane had made an unscheduled landing.

They said officials have had the incident “stood down”.

Passengers are now awaiting a replacement aircraft to continue their journey to the south of France.

BA confirmed: “We’re doing everything we can to get customers away as planned on a replacement aircraft this evening – emergency services were on hand as a precautionary measure.”