British Army provide update as they work through pandemic

Until two years ago the medic role was the only job open to women. But in 2018 former defence secretary Gavin Williamson said that all roles across the Army would be open to female applicants, in a move to “make the most of people’s talents regardless of gender”. The decision by the Ministry of Defence has already seen remarkable successes.

Hundreds of women have applied over the past 12 months to now represent around one in every five applicants.

And, while traditional female roles such as clerks with the Adjutant General corps and student nurses remain popular, there has also been a marked increase in the number of women choosing the Royal Artillery.

But only around one in 15 women make it through their conversion courses compared with one in eight men, with physical fitness singled out as the main issue. 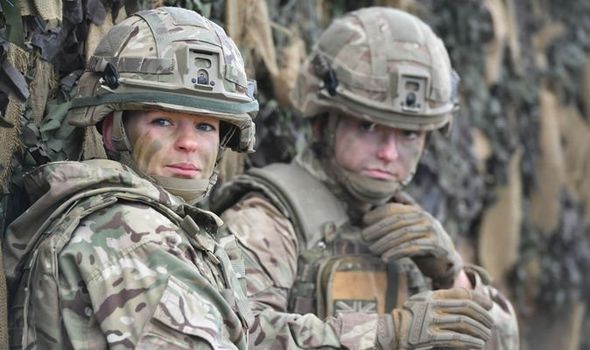 And Capt Eve Newton from 1 Regt Royal Logistics Corps, became the first woman from a logistics regiment to complete the 13-week All Arms Commando course entitling her to wear a Royal Marines green beret and the Commando dagger on her uniform.

Brigadier David Colthup, said: “We are delighted that so many women are choosing to join the infantry and we are proud of the Army’s ongoing efforts to improve opportunities.

“Our recruitment campaigns have challenged perceptions and increased awareness of the fact that all roles within the Army are now open to men and women.

“We want the best to serve with us and we are working hard to continue increasing the number of women in combat roles over the coming years.” 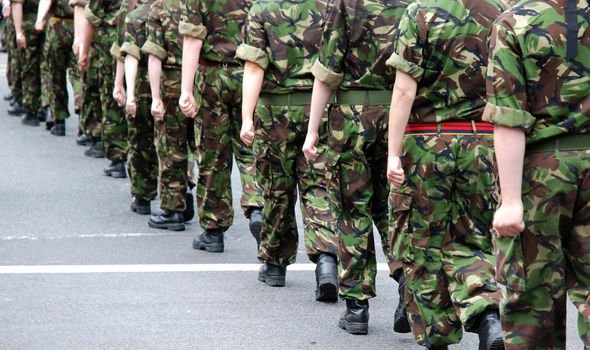 Nine Russian warships have been monitored by the Royal Navy as they sailed in waters around the UK in the past two weeks.

The vessels have included a surfaced submarine, destroyer, corvette and patrol ship, along with their supporting tugs and supply ships, travelling in the English Channel, the Celtic Sea and the west coast of Scotland.

First Sea Lord Admiral Tony Radakin said: “This is why the Royal Navy is at sea every day, protecting the UK and our interests.

“Even with the pressures of Covid, we remain at short notice to respond to threats both in home waters and around the world. With the increase in Russian activity on the surface and underwater, we are always ready to respond.”

Prince Philip SNUB: One rule Philip must follow amid reports of blazing rows with Queen