Inflation: UK could face a 'wave of starvation' says Sandher

The price of inputs for farming shot up by a third in the year to June, according to new data released by the Government. This was primarily due to the price of fertiliser increasing by 11.3 percentage points, as Russian exports collapsed following the country’s invasion of Ukraine. Soaring costs of production have been passed on to consumers, with rising food prices making the largest upward contribution to July’s 10.1 percent inflation rate.

According to data released by the Department for Environment, Food and Rural Affairs (DEFRA), the price of agricultural inputs – fertiliser, animal feed, energy and material costs – surged by 33.1 percent in the year up to June.

Of the twelve categories of inputs factored into the index, eleven recorded higher prices.

The price of fertilisers and soil improvers shot up the most, increasing by 11.3 percentage points, followed by compound feedingstuffs and energy at 6.4 and 5.4 percentage points respectively. 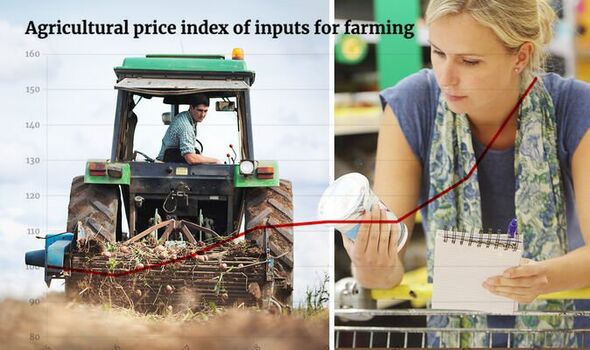 Susannah Streeter, senior investment and markets analyst at Hargreaves Lansdown said: “Farms have been trying to absorb the eye-watering rise in costs, by finding new ways of working.

“Although input costs rose by 33.1 percent the value of agricultural output rose by 24.9 percent in the year to June.

“This still represents a horrible rise in prices which has been feeding through to our grocery bills.

“Although the rise in farmers input costs have been slowing down a little, they are still on an upwards trajectory and this latest fertiliser production crisis will add fresh impetus to the storm they are facing.” 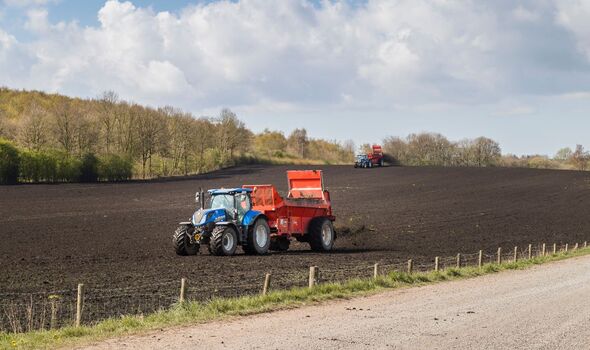 The UK typically produces around 40 percent of its own fertiliser, but dramatic increases in the cost of natural gas have seen domestic production drop off.

Russia is the world’s biggest exporter of synthetic fertilisers, but since the imposition of sanctions following Vladimir Putin’s invasion of Ukraine, the global supply has been restricted and prices have soared.

The price of ammonium nitrate – one of the world’s most common fertilisers – increased by over 250 percent during the year to June.

UK farmers have been particularly affected, as new data by the Office for National Statistics this week revealed that UK imports from Russia have fallen by 96.6 percent on last year, hitting their lowest level since records began.

Notably, there were no imports of animal foodstuffs and processed fertilisers from Russia.

National Farmers Union president Minette Batters said: “Costs are rising rapidly on farms across the country and across all sectors.

It’s already having an impact on the food that we are producing as a nation, as well as leading to a crisis of confidence among Britain’s farmers.”

Many farmers are threatening to reduce bread production by planting less crops for milling wheat, switching to growing feed wheat for animals because of its lower fertiliser requirement.

Speaking to the BBC, Lincolnshire farmer Andrew Ward said: “Our food system is broken, it’s been too cheap for too long.

“Our costs are rocketing and I don’t think it’s right we should have to subsidise everybody’s household spend on food.”

Compounded by record high fuel prices and increasing labour costs in the aftermath of Brexit, British farmers have been forced to pass on price hikes to consumers.

As a result, the price index for agricultural outputs increased by 24.9 percent in the year to June.

June 2022 was the fifth consecutive month in which the price of the products of farming went up, increasing by 3.8 percent between May and June. 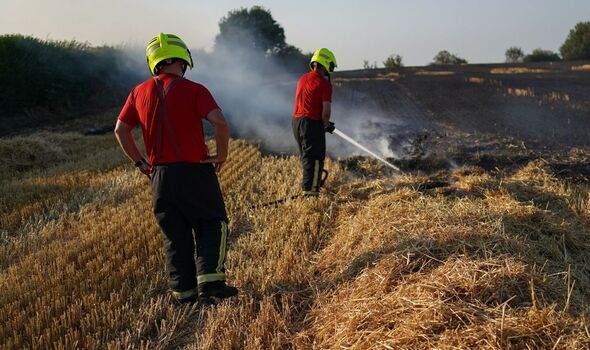 According to the latest inflation statistics released by the ONS, food was touted as the single most important contributor to the rate of inflation.

The Consumer Price Index (CPI) hit 10.1 percent on the year to July, up from 9.8 percent in June, hitting its highest level since 1982.

In particular, the price of bread and cereals, milk, cheese and eggs has increased significantly.

New polling from YouGov found that 42 percent of Brits have been struggling with their food bills.

Over three quarters (77 percent) also say the Government is doing too little to tackle the cost-of-living crisis, including 64 percent of Conservative voters.

Coronavirus: Businesses being bled dry in Durham where COVID-19 is spreading fast

Three charged with murder after 'kind-hearted' boy, 16, stabbed to death