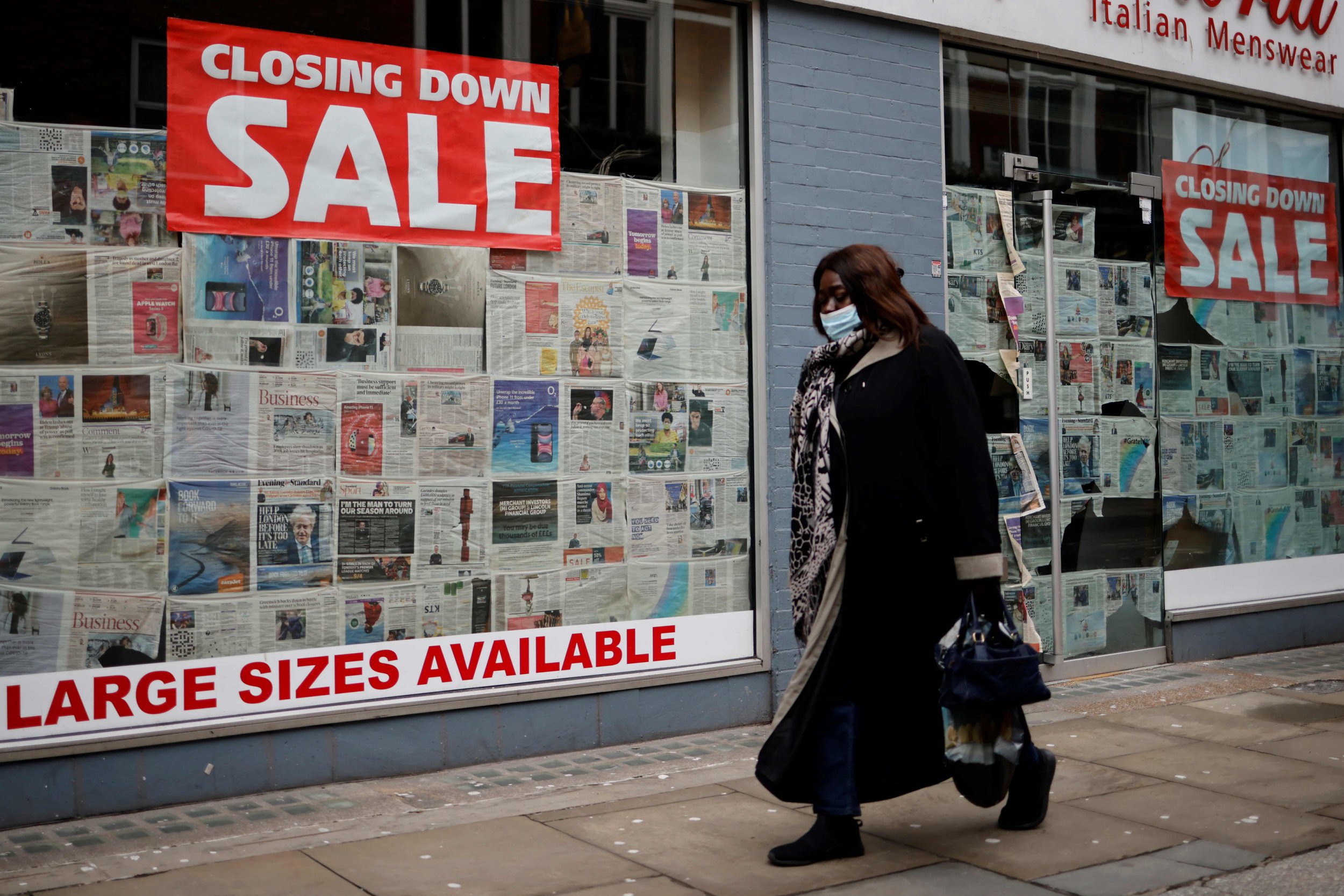 A high street worth of shops closed down every single day in the first half of 2021.

Almost 50 chain stores were permanently shuttered as big brands found themselves on the wrong side of pandemic-era changes in shopping habits.

New research reveals Britain had 5,251 fewer working shops in July than it did at the start of the year.

The losses are on top of 6,001 permanent closures in the first six months of 2020, when Covid-19 first arrived.

Topshop, Peacocks and Bonmarche were among recognisable brands to vanish entirely, while many other established names reduced their number of outlets.

The numbers, which are compiled by the Local Data Company, are adjusted for the smaller number of stores which opened in the same time periods.

Accounting firm PwC has described the remainder of 2021 as ‘make or break’ for many retail brands.

It said government support schemes such as furlough and business rates relief had helped many more survive but the future looks uncertain as the financial assistance programmes are wound down.

The furlough scheme – which already receives less generous support than it did at did when it was first launched – will be phased out by September 30.

Lisa Hooker, leader of industry for consumer markets at PwC UK, said: ‘After an acceleration in store closures last year coupled with last-minute Christmas tier restrictions and lockdowns extending into 2021, we might have expected a higher number of store closures this year. Government support has proved to be a lifeline.

‘However, the next six months will be make or break for many, particularly with the reinstatement of business rates, the winding down of furlough and the need for agreement on rent arrears, as well as uncertainty for hospitality businesses around further lockdowns, vaccine passports and other operating restrictions.’

The study, which surveyed more than 200,000 businesses across the economy, found fashion retailers were worst hit.

City centres suffered the worst, with footfall dropping off dramatically as workers swapped the commute into busy areas for working at home.

The number of businesses in cities shrunk by 4.3%, compared with a 3% decrease for commuter towns and a 2.3% decline in villages.

London went from being the best-performing region by this measure in 2016, with a 0.9% fall, to the worst across the past two years, with a 2.9% drop.

Retail parks, with 636 net closures, fared better in the first half of this year compared with high streets (3,643) and shopping centres (1,464).

Last ditch attempt! Theresa May to negotiate with Germany to SAVE Brexit