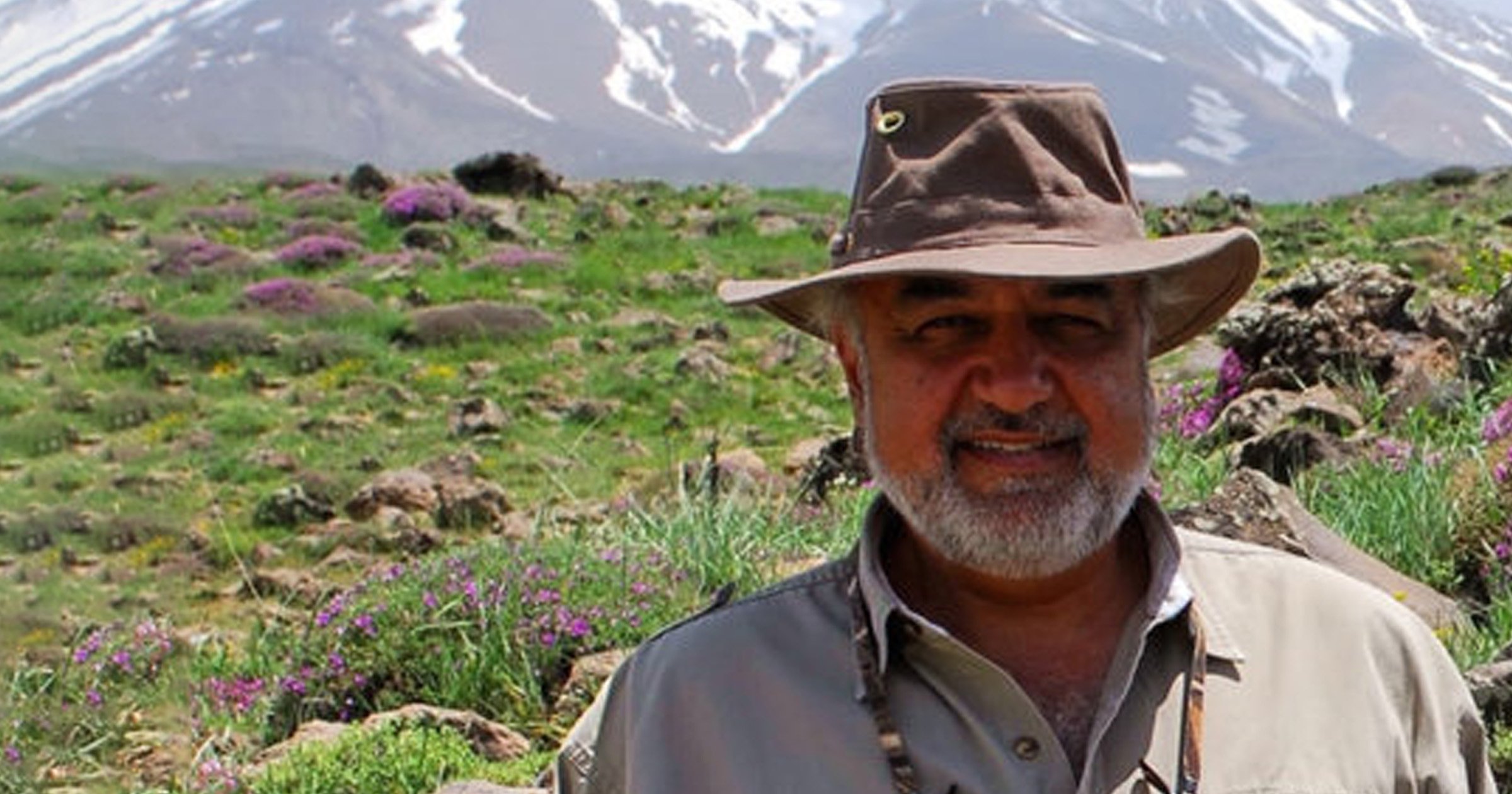 A British-Iranian man who was released from prison in Tehran as part of the deal to free Nazanin Zaghari-Ratcliffe is back in jail, his family say.

Morad Tahbaz, who also holds US citizenship, was was released on furlough on Wednesday, the same day that Nazanin and fellow dual national Anoosheh Ashoori were flown back to Britain.

Foreign Office Minister James Cleverly said at the time that the government was working to secure the return of Mr Tahbaz, 66, telling BBC Breakfast: ‘He also has American nationality, which has in the eyes of the Iranians – not in ours – made his case more complicated.’

Now, his sister has revealed that less than 48 hours after he was released under armed guard to his family’s home in Tehran, her brother has been removed from the two-bedroom flat and escorted back to the notorious Evin prison.

Mr Tahbaz’s wife Vida, 61, who has had her passport confiscated by the Iranian regime and is living in the flat with her elderly parents, was barely fit to speak after he was ‘dragged away’, Tarane Tahbaz said.

She added that her brother had been receiving cancer treatment before his imprisonment, where he has twice contracted Covid-19.

‘We are worried that he is frankly going to be forgotten and we don’t know what to do now,’ she told The Times.

Mr Tahbaz, a conservationist, was arrested during a crackdown on environmental activists in January 2018. He was part of a team from the Persian Wildlife Heritage Foundation which had been using cameras to track endangered species, according to Amnesty International.

He was eventually charged with spying for the American government and sentenced to 10 years in prison. His family say the charges are baseless.

‘Like Nazanin and Anoosheh, Morad has been arbitrarily detained on spurious national security charges in Iran and the UK Government has a responsibility to secure his release,’ Ms Tahbaz said.

The Foreign Office said that the Iranians have told them that Mr Tahbaz is only being returned to the prison to have an ankle tag installed and they expect to see him returned home in the coming hours.

The department made clear that anything but a return home in the coming hours would be considered a breach of the commitments made over his indefinite furlough.

Meanwhile, diplomats are still working with the Americans to secure his indefinite release.

However, his distraught family are worried the UK government have abandoned him following the ‘euphoria’ surrounding the release of Nazanin and Anoosheh.

They have called on Foreign Secretary Liz Truss to apply ‘concerted pressure on Tehran to secure Morad’s release and return home’.

Nazanin and her husband, Richard Ratcliffe, are also said to be extremely worried about Mr Tahbaz and have raised concerns with politicians.

So lovely to have uplifting conversations with Richard and Nazanin today.

They are both relentless in their pursuit of justice and raised the plight of Morad Tahbaz with me. Here I was hoping to sleep for a weekâ¦

Nazanin’s local MP, Labour’s Tulip Siddiq, said the mother-of-one used her first day back in the UK with her family to raise Mr Tahbaz’s plight.

She said the Radcliffe’s were ‘relentless’ in their pursuit of justice.

Nazanin was arrested in April 2016 for allegedly plotting against the Iranian government, something she has always denied.

She and Anoosheh were freed after Britain paid a £400m long-standing debt it owed to Iran, although the government has insisted this was not linked to their release.

UCAS clearing 2019: How to track and search for available courses, places and universities