Home » Europe » British law grad, 26, shot and strangled in Pakistan 'after men fought over her' 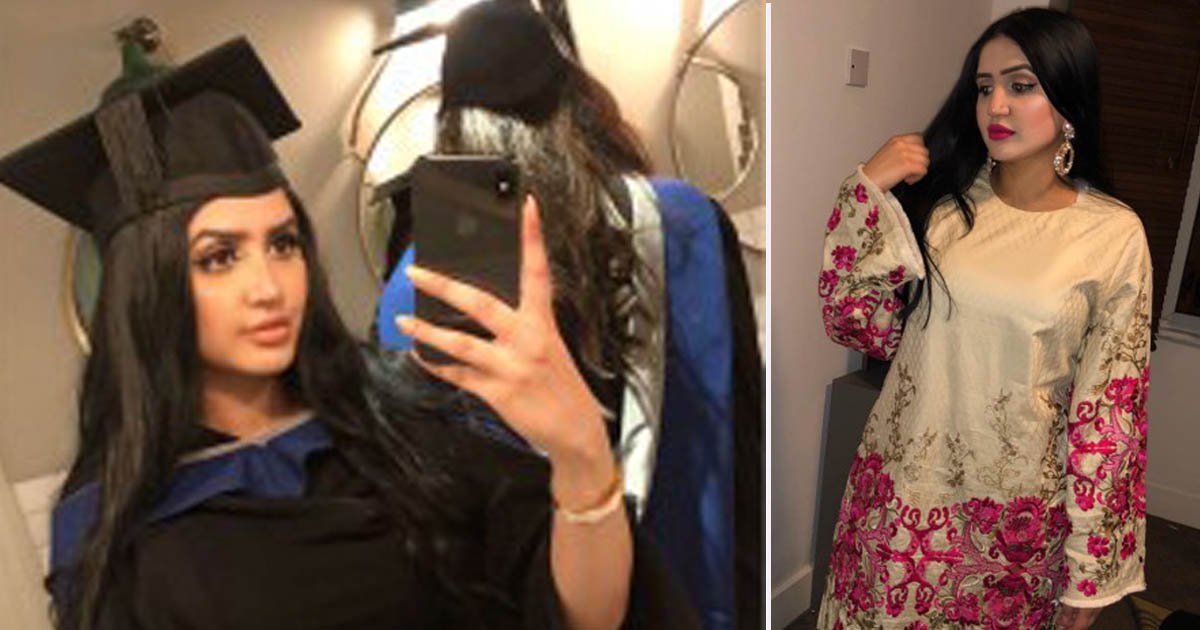 A British law graduate has been shot and strangled at her rented home in Pakistan after telling her uncle two love rivals had been trying to force her to marry them.

Mayra Zulfiqar, 26, from Feltham, south-west London, was ‘threatened and harassed’ by the men before her body was found at the property in the Defence district of Lahore on Monday.

She moved to Pakistan about two months ago after attending a friend’s wedding and deciding to stay.

Her uncle Mohammad Nazeer filed an incident report with police, accusing two men — Zahir Jadoon and Saad Ameer Butt — of being behind his niece’s murder, according to reports.

Mr Nazeer, who visited Ms Zulfiqar a few days before the killing, said she had complained of ‘two friends threatening her with dire consequences’ and making her fear for her life.

They had been competing for her hand in marriage but she refused to marry either of them, he said.

Mr Nazeer told police he planned to confront the pair but at 2pm on Monday he received a phone call from her father in London saying that she had been shot.

The uncle claims that Ms Zulfiqar was killed by the men with the help of two other unidentified people and is now seeking legal action against them, according to Dawn.com.

A case has been registered against the suspects of premeditated murder.

A police source said: ‘The woman had a bullet wound to the shoulder but the exact cause of death, whether it was due to the gunshot wound or strangulation, will be known after a post-mortem examination.

‘We have launched an investigation into every aspect of the murder.’

The parents of Ms Zulfiqar, who studied law at the University of West London, are understood to be travelling to Pakistan.