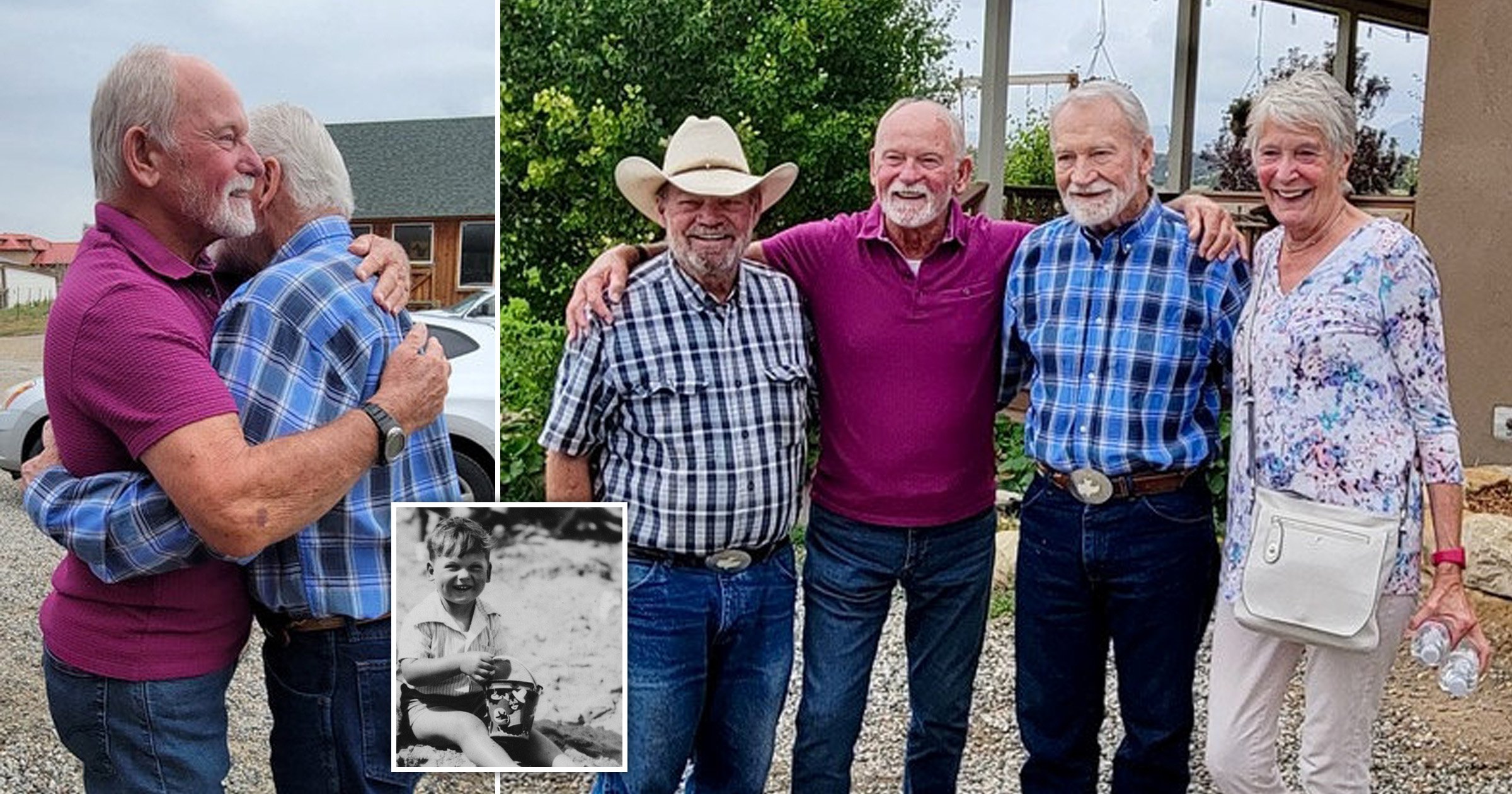 A British man who was adopted after his mother had an affair with an American soldier has been reunited with his half-brothers.

Craig Dunderdale, 77, saw his world thrown upside when the woman he spent his entire life thinking was his birth mother revealed in 1956 that she adopted him.

She died only days later when he was just 11, kicking off a decades-long search for the family he never even knew he had.

But after years spent tracking down birth certificates long thought lost and testing his DNA, Craig tracked his relatives down some 4,500 miles away from his home in Oakham, England.

During a tearful family reunion on July 21, the former RAF technician embraced half-brothers Dan Allnut, 81, and Frank, 83, in Colorado, US.

The last time they were together as a family they were all babies – now they all have grey hair, wrinkled smiles and families of their own.

‘It was an out-of-body experience when I finally met them. I felt a bond with them like never before,’ Craig said.

‘They welcomed us with open arms and other relatives drove for miles to meet us. I feel as if I belong with them. I’ve never felt that warmth.

‘It has been the happiest time in my life. There’s nothing else I wish for now. I wanted to find out who my father was but I got more than I bargained for.’

Craig was put up for adoption when he was a nine-month-old baby in 1946.

His foster mum, Adeline, told him the truth about his roots in 1956 before dying of a brain haemorrhage.

But it wasn’t until a change in British law in 1976 that Craig was able to find out who his biological family was.

So a curious Craig did just that, contacting a team of social workers who dusted off his birth certificate and discovered he was born Anthony Slater on 15 June 1945.

‘When I finally found my birth certificate it was weird – I remember it feeling like having a split personality,’ Craig said. 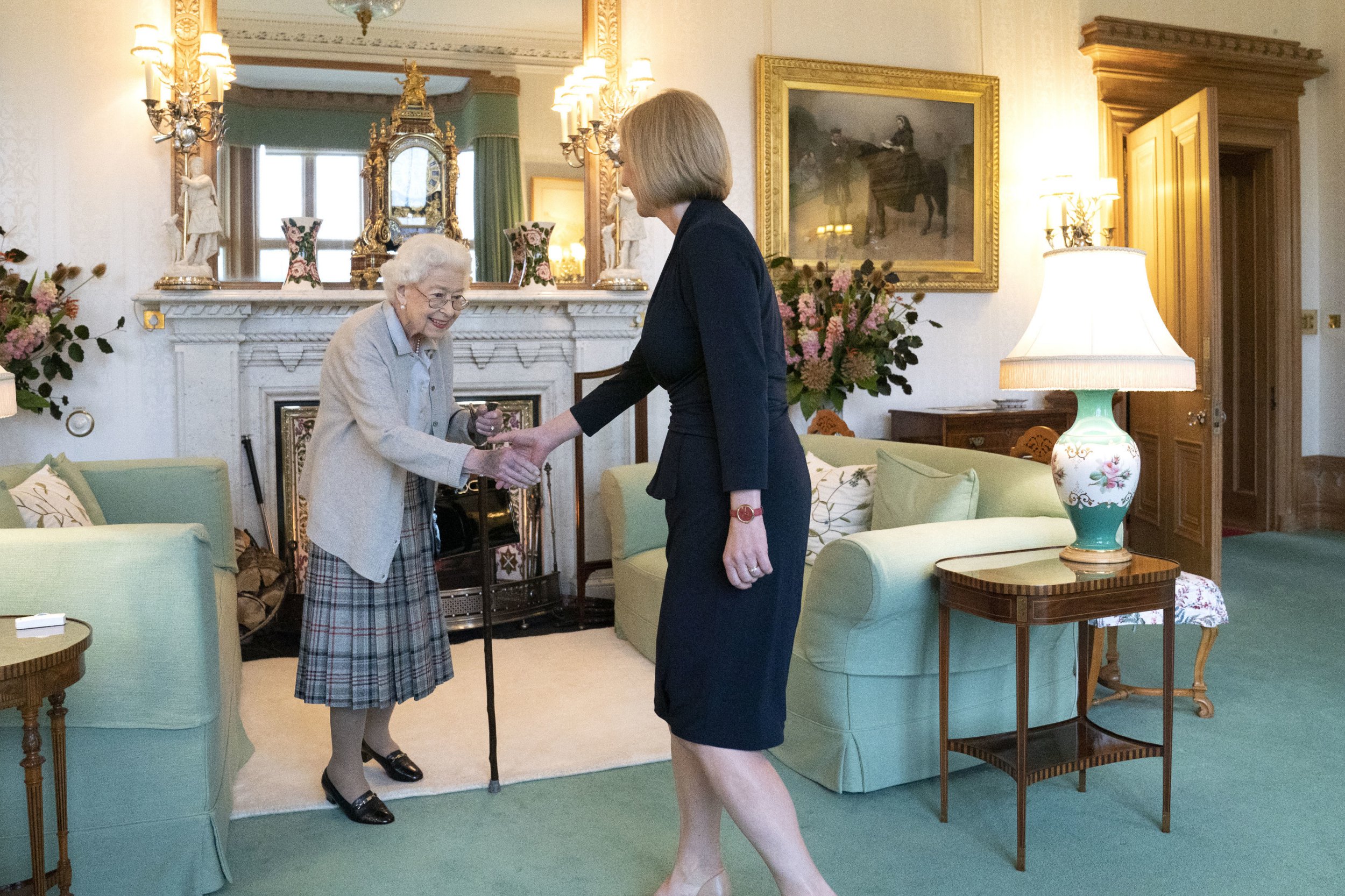 And in black ink, the name of his mother was printed on the certificate — Eliza Slater of Dagenham in east London.

But in the box where his father’s name should have been was simply: ‘Father unknown.’

By the time Eliza had Craig, she was married and had two children while her husband fought in Germany during World War Two.

Fearful that her spouse would never return, Eliza had an affair with an American soldier.

So when Eliza’s husband came back from war to find her pregnant, he made her give up her baby.

Nuns would then take Craig away when he was born, placing him at a nursery in Twickenham, southwest London.

When Craig tried to send Eliza a letter when he was in his 30s, her husband refused to accept it. She has since passed away.

Refusing to be knocked down, Craig sought out his father instead.

Joining Ancestory.com in 2009, Craig mapped out his family tree and discovered his first cousin once removed on his mother’s side was living in London.

‘Her grandmother knew of the pregnancy,’ Craig said, adding: ‘All she did know was that I was known as “the American boy”.’

It would take nearly a decade for a DNA test to match Craig up with a man who would turn out to be his half-brother, Frank, as well as hundreds of distant relatives.

Craig timidly reached out to Frank — he won’t reply, he thought.

He did. Craig and Frank quickly realised they were related and began chatting over email and video as COVID-19 shut down the world.

‘I found out his father Anthony Allnut was stationed near Norwich during the war.

‘It solidified this match. The rest is history.’

Craig, birth name Anthony, had actually been named after his father the entire time.

Craig is in no way alone. Some estimates say up to 225,00 wartime babies were born to British women and American GIs during World War Two, with some 102,00 born out of wedlock.

Now finally knowing the name of his birth father and with pandemic restrictions a distant memory, Craig jetted off to Colorado with his wife Jill to meet his family.

His two half-brothers Frank and Dan live on a ranch together with their extended family next door, with Craig being driven three hours from the airport to meet them all.

‘On seeing Dan and I, Craig rushed to us and gave us a big, lingering, brotherly hug,’ said Frank.

‘It was exuberant and teary-eyed, to put it mildly. The following week we talked for hours about our father Tony and each other and our respective families.’

Craig said: ‘When we met it was a surreal moment. It still gives me goosebumps.

‘I’m not a tactile man, I never have been, when they met me, there was man hugs and plenty of boxes of tissues.

‘I’ve never bonded with anyone like this in my life. It was not offered to me. Now I’ve got real brothers and I plan to make up for lost time.

‘All I would say to anyone in a similar position is just do it and never give up hope.’