The 28-year-old former world champion, who has competed at the 2010, 2014 and 2018 winter games, told her Instagram followers that she had just come off anti-depressants.

The Briton’s announcement came just over a year after a disastrous appearance at the 2018 Winter Olympics in South Korea, which had followed news that her father had been diagnosed with cancer. 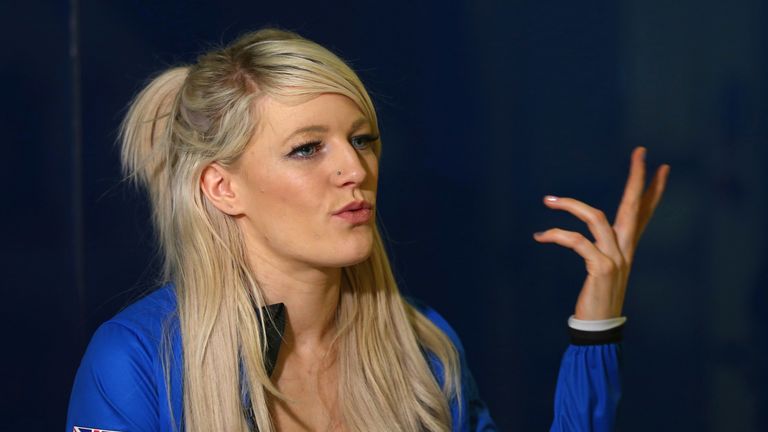 “During the time I was on medication for two years I felt I couldn’t openly speak about it, I suffered for two years with depression and anxiety, it prevented me being myself and unfortunately I ended up on anti-depressants,” she said.

“I’m now really proud to say that I’ve officially managed to get myself off anti-depressants and become more myself again! It’s been amazing to feel happiness and sadness again, to not feel nothing.”

At the games in Pyeongchang last February, the Scottish star fell in the 500m final and 1,500m semi-finals and was disqualified from the 1,000m heats after trying to race with an injured ankle.

After the tournament, she separated from her boyfriend, Hungarian skater Shaolin Sandor Liu.

“There’s a huge list of people I’m owe thanks to, especially during my toughest hours when I hid away from the world and locked everyone out,” her post continued.

“So many people that loved me and were there through it all! So a massive thank you to everyone that stood by me, and to those that didn’t you now don’t deserve me at my best! Let’s beat depression together.”

Christie said her post “might come as a surprise to many”, but that she hoped it would allow others to feel more confident in talking openly about their own mental health.

She is now preparing to compete at the 2022 Winter Olympics in Beijing, where she is targeting a medal.

The Livingston-born athlete is yet to add an Olympics prize to her collection of European and world titles, having claimed multiple golds at both championships.

Teacher strike will hit up to 400 schools next week