For decades planting trees has been part of the royal day job, but now we’re all being asked to plant a tree to mark the Queen’s platinum jubilee.

Next year Her Majesty will reach the record-breaking milestone, marking 70 years as Queen – a first for any British monarch.

To celebrate her decades of service, a unique UK-wide tree planting initiative called The Queen’s Green Canopy (QGC) is being launched today inviting people to plant a tree for the jubilee.

It’s estimated the Queen has planted more than 1,500 trees all over the world during her reign. To mark the launch, the Prince of Wales – who is patron of the project – planted a tree in the grounds of Windsor Castle in March. He joked that those who prepared the sapling and the hole it was to be planted in hadn’t left him much soil to put in. His mother watched on while wrapped up warm in a coat and wearing a headscarf.

In a video message to launch the project, Prince Charles said: “Whether you are an individual having to plant a single sapling in your garden, a school or community group planting a tree, that charity or business intending to plant a whole avenue of trees, or a farmer looking to create new hedgerows, everyone across the country can get involved as well as inviting people to plant new trees.”

He added: “There is a reason for this profoundly symbolic act. Planting a tree is a statement of hope and faith in the future. As we approach this most special year, I invite you all to join me to plant a tree for the jubilee – in other words, a tree-bilee!” All of the trees planted will be logged on an interactive map.

One of the founding partners, Royal Mail, has planted trees in every nation to kick start the project but everyone else is being asked to wait until the next planting season starting in October, giving schools, villages, businesses and individuals the summer to plan.

The Woodland Trust is giving away three million saplings to support the project. 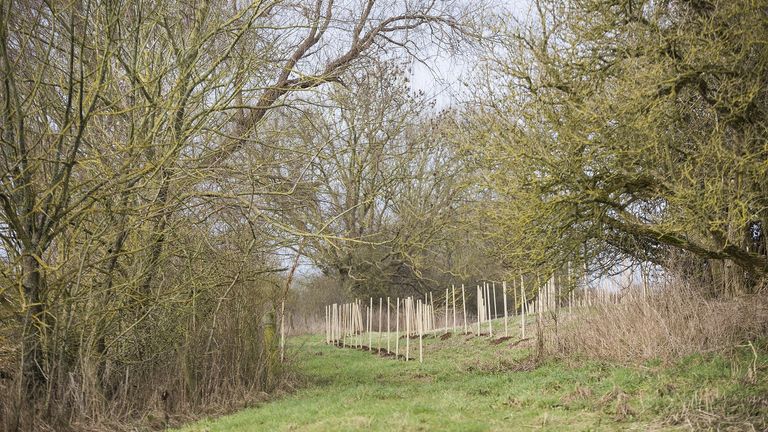 Tony Juniper, chair of Natural England and committee member of the QGC, said: “On top of expanding tree and woodland cover across the country this is also a celebration of ancient trees and ancient woodlands, not only marking her majesty’s contribution over seven decades but also looking back into the distant past and recognising that some of the trees we have in the landscape today were actually growing here during the Iron Age, even before the Roman occupation.

“So there’s a great deal of history in our trees as well as a very important role that they’re going to have to play into the future.”

The QGC will dedicate a network of 70 ancient woodlands across the UK and identify 70 important ancient trees.

Listen and follow ClimateCast on Spotify, Apple Podcasts, or Spreaker

But significantly it’s also another way of the Royal Family championing the climate change agenda.

Matthew Owen, director of the climate charity Cool Earth, said: “We recognise as a nation that we have a huge number of challenges ahead of us in terms of the climate crisis and to be honest the best technology we have for sucking carbon out of the air is the tree.

“So if the 22 million people who have a garden in their household were just to put one tree in and everyone else we’d just to encourage to find somewhere else to put a tree in the ground, then we’d be in a far better place to address that.”

The project will be just one element of what will be an unprecedented moment of national celebration next year as the Queen reaches the milestone. 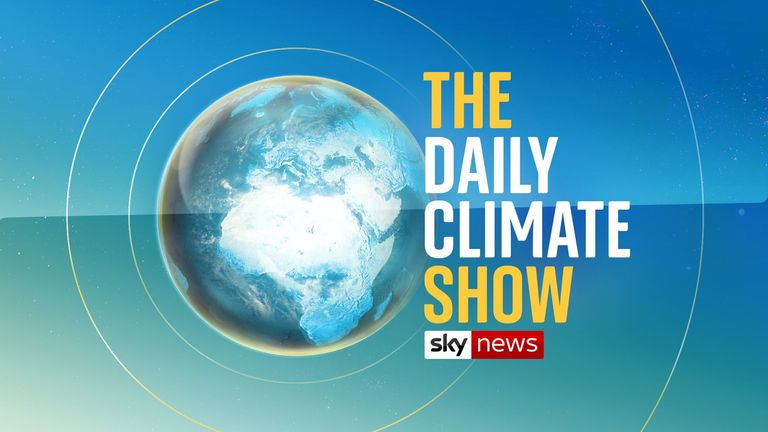 The Daily Climate Show is broadcast at 6.30pm and 9.30pm Monday to Friday on Sky News, the Sky News website and app, on YouTube and Twitter.

Hosted by Anna Jones, it follows Sky News correspondents as they investigate how global warming is changing our landscape and how we all live our lives.

The show also highlights solutions to the crisis and shows how small changes can make a big difference.