Earlier this week, Professor David Blake urged Boris Johnson to hit back against the EU by imposing penalties on its goods of up to £90billion. His comments, made to this website, came after he claimed the euro is “undervalued against sterling on what economists call a purchasing power parity (PPP) basis by up to 20 percent”.

He claimed the deal was an example of how the undervalued euro benefits the bloc while damaging the UK.

The news provoked a storm of criticism among readers for both the EU and Boris Johnson’s Brexit trade deal.

One person wrote: “Mr Johnson had the chance of no-deal but scuppered it in favour of a bad deal dressed up as something good.

“And he’s too weak, even now, to hit back. He could all but kill off EU to UK exports. But won’t.” 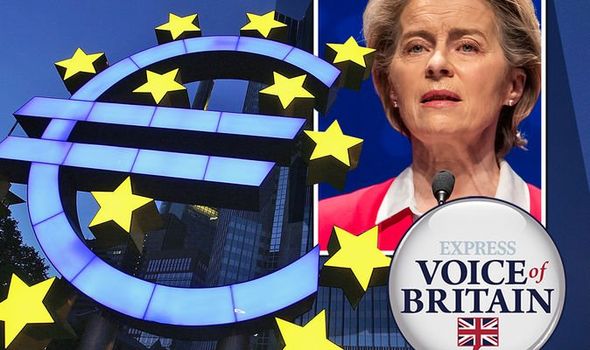 Another wrote: “For some unaccountable reason, recent UK governments of all political leanings appear to be in favour of an easy life.

“Maybe this is down to the civil servants who advise ministers and MPs but who knows for sure.

“The net result is that the UK gets a rough deal time after time when dealing with other nations and especially in its dealings with the EU.

“Compromise it in one direction and rarely if ever in the UK’s favour.” 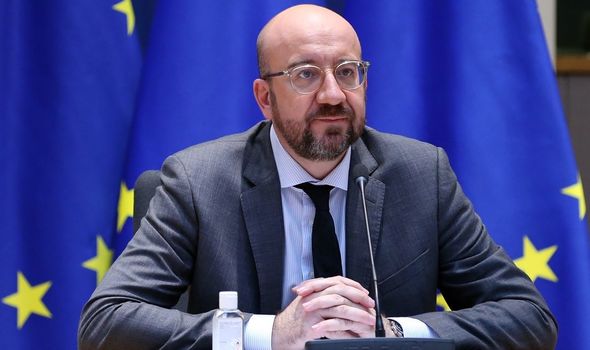 Many also pointed out that the economist was brave enough to say the obvious – while others were too scared to criticise the EU.

One user said: “Prof David Blake says it all we have to stand on our two feet. We should have learned our lessons many years ago.”

Another raged: “If there is a country that gives everyone (the chance) to achieve their dreams it is the United Kingdom.

“The EU is jealous of the United Kingdom because we believe in democracy and ourselves.” 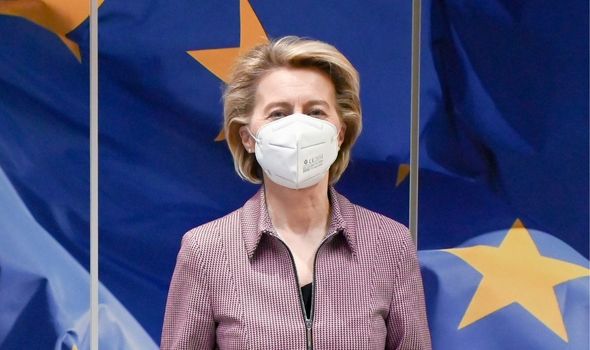 Their comments came after Professor Blake threw the spotlight on a £2.3billion deal with a German manufacturer and claimed it was a prime example of how the undervalued euro benefits the bloc while penalising the UK.

The Professor of Economics at City, University of London, warned: “What we have learned from the trade negotiations with Michel Barnier is that the EU is a nasty, spiteful vindictive organisation that cannot be trusted.

“It is time for the government to wake up and ensure that we have sufficient manufacturing capabilities to give us sufficient defence and energy security and resilience in the future.

“It also needs to introduce measures to counteract the structural undervaluation of the euro which has done so much damage to British manufacturing capability over the last 20 years.”

Professor Blake referred to a contract awarded by the Ministry of Defence in 2019 to the German consortium ARTEC to produce roughly 520 Boxer armoured vehicles to be delivered in 2023.

A year later, ARTEC signed two separate subcontracts with German companies RBSL and WFEL for the local production and assembly of the vehicles. 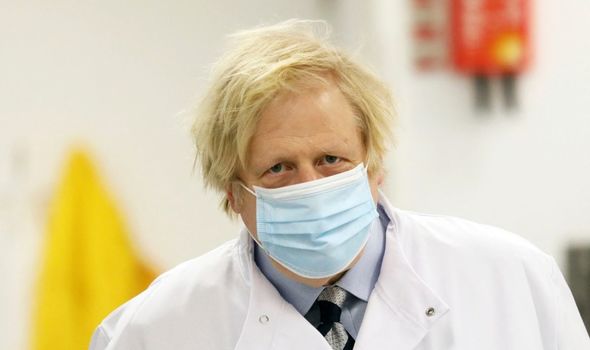 Mr Blake stressed he was in no way suggesting ARTEC had acted improperly.

But, he claimed: “The key reason is the value of the euro. The euro is a structurally undervalued currency. First, the euro is an ‘incomplete’ currency. Unlike every other currency, there is no single sovereign standing behind it.”

Prof Blake, who outlines his concerns in a paper published on the Social Science Research Network (SSRN), said each of the eurozone’s 19 member states was “sub-sovereign”, and as such do not share joint-and-several liability.

Secondly, he described the euro as an artificially ‘constructed’ currency.

He claimed: “As a result, the euro is undervalued against sterling on what economists call a purchasing power parity (PPP) basis by up to 20 percent.

“This explains why the EU has a £100bn trade surplus with the UK and Germany alone has a £22bn trade surplus. Part of this will be the Boxer contract.”

Prof Blake said: “The EU is dumping its goods onto the UK market and this kind of dumping is illegal under international law. The UK would be entitled to impose an annual anti-dumping duty on EU goods of up to £90bn. If it did this, the ARTEC deal would not be so attractive financially.”

Express.co.uk has contacted the European Commission to offer them a chance to respond.