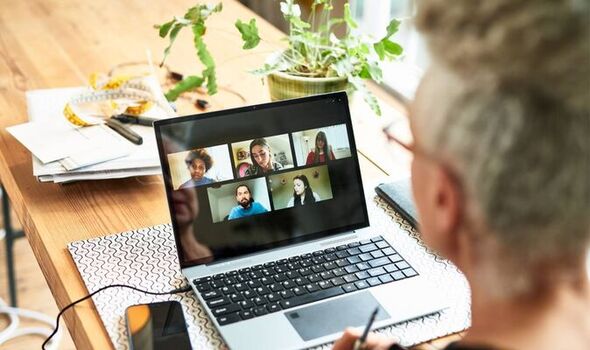 Research published today reveals the average person who uses technology as part of their job is losing the equivalent of five working days each year to digital problems, costing the UK economy £60 billion. The Government says it is spending £5 billion to improve broadband infrastructure.

The problem is expected to grow as more staff work from home, but slow systems in offices can also affect employees and customers. For example, call centre staff are forced to make people wait while they gather information.

The research was conducted by IT troubleshooting firm Actual Experience, which advises major businesses across the UK.

It monitored the experiences of thousands of workers to determine how they used computer equipment and exactly how much time was lost.

Chief Executive Dave Page said: “The problem has exploded from being just about technology in company offices to include people’s homes.

“A big organisation might have 100 offices and the technology team managed that, but now they are trying to manage 100,000 homes.”

He warned that delays were partly caused by poor broadband infrastructure which most businesses have no control over.

“Some people have been told to work from home, which is fine except that it’s not all equal out there and some people have broadband services which are poor, and they really struggle.”

“About a third of the time that is lost you can blame on broadband.”

An analysis of data published by Ofcom, the telecoms watchdog, reveals huge differences in broadband services across the country.

The average download speed in the UK is 86.5 Mbps but the constituency with the lowest download speed is Caithness, Sutherland and Easter Ross in Scotland, where it is just 38.9 Mbps.

Some rural parts of England, such as Tiverton and Honiton in Devon and Ludlow in Shropshire, also have slow download speeds of aropund 44 Mbps. Services are fastest in the constituency of Kingston upon Hull East, with an average speed of 176.6 Mbps.

The Government says it is improving broadband services where they are poor.

A spokesman for the Department of Digital, Culture, Media and Sport said: “Thanks to our £2 billion investment, more than 97 percent of the UK can now access superfast broadband, which is sufficient for people to work productively wherever they are.”

“Coverage of even faster gigabit broadband has boomed from six to almost 70 per cent of the UK in the last three years.”

“But we know there is more to do which is why we’re funding the biggest broadband rollout in British history. Our £5 billion Project Gigabit will ensure hard-to-reach homes and businesses do not miss out on the fast, reliable connections needed for the future.”

More than a third of employees now work from home to some extent.

This includes 21 percent who spend some time at home and some time in an office, known as hybrid working, and 16 percent who usually work solely from home, according to the Office for National Statistics.

'Extreme stalker' hacked into woman's CCTV system to spy on her