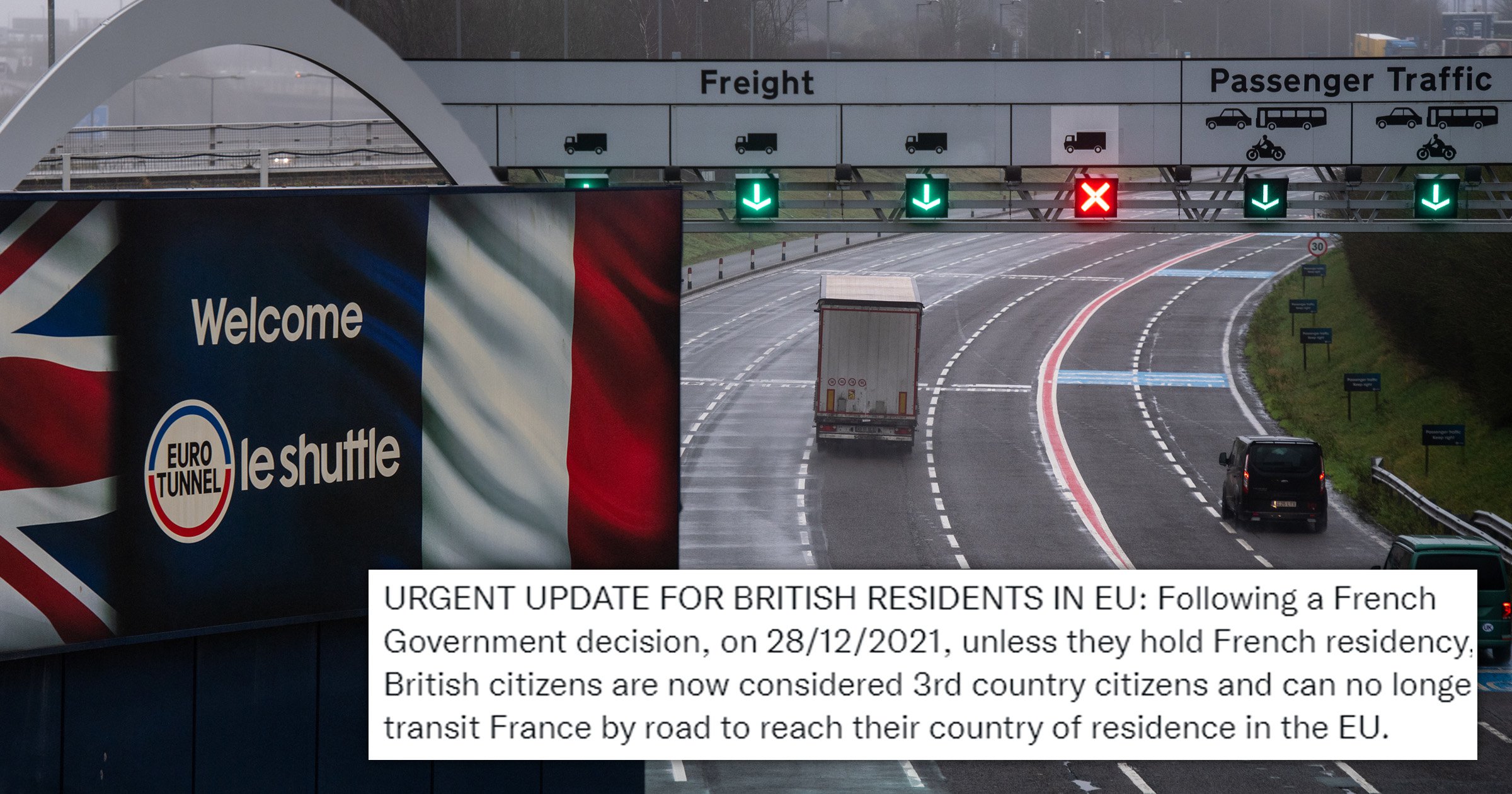 Brits who own homes in Europe have been barred from driving across France.

The UK Government says it is seeking ‘urgent clarification’ on the ban, which also appears to include train travel through the country.

People travelling over France by plane are unaffected, but those who planned to avoid air travel to return to their homes in the EU after spending Christmas with friends and relatives in the UK will be impacted.

The move emerged after an announcement from a Channel Tunnel operator, which confirmed that the decision had been taken by the French Government.

Non-essential travel from the UK to France has been banned since December 18 in an effort to slow the spread of the Omicron variant of coronavirus, but several exemptions have been in place.

The move has caused anger and bafflement among experts and in the tourism industry, since Omicron has spread rapidly across the globe and case numbers are sky high in many European countries not just Britain.

One Brit revealed her experience had left her fretting for 24 hours.

She explained: ‘I have just driven onto the Eurotunnel train in Folkestone in a Belgian number plated car. My kids are Belgian, my husband is Irish and I am British.

‘The Eurotunnel staff told me it would depend on the person in the booth which suggests they are unaware of a consistent policy.

‘I must admit, it is a huge relief (to get through) after 24 hours of fretting.

A journey that I have travelled many times in the past 15 years, but none with this emotion.

‘It all feels so hostile.’

Eurotunnel Le Shuttle issued an ‘urgent update’ on Wednesday night which stated: ‘Following a French government decision, on (Tuesday), unless they hold French residency, British citizens are now considered third country citizens and can no longer transit France by road to reach their country of residence in the EU.’

The firm added that it is ‘unable to answer individual questions regarding the new requirements’.

It advised passengers to visit the website of the French embassy in the UK, although its travel information has not been updated since December 20.

No announcement about a change in the rules has been made by the French government and it is unclear how long the ban will last.

The UK withdrew from the European Union on January 31 2020, although a transition period was in place until the end of that year.

The UK Foreign, Commonwealth and Development Office updated its travel advice for France to state: ‘The French government have indicated that UK nationals travelling from the UK who are not resident in France will not be permitted to transit France to return to their country of residence unless they are travelling by air.

‘We are urgently seeking further clarification from the French government, and in the meantime advise UK nationals returning to other European countries via France to check with their carrier before travelling.’

Coronavirus crisis: Worrying data reveals why over-60s are most at risk of deadly virus