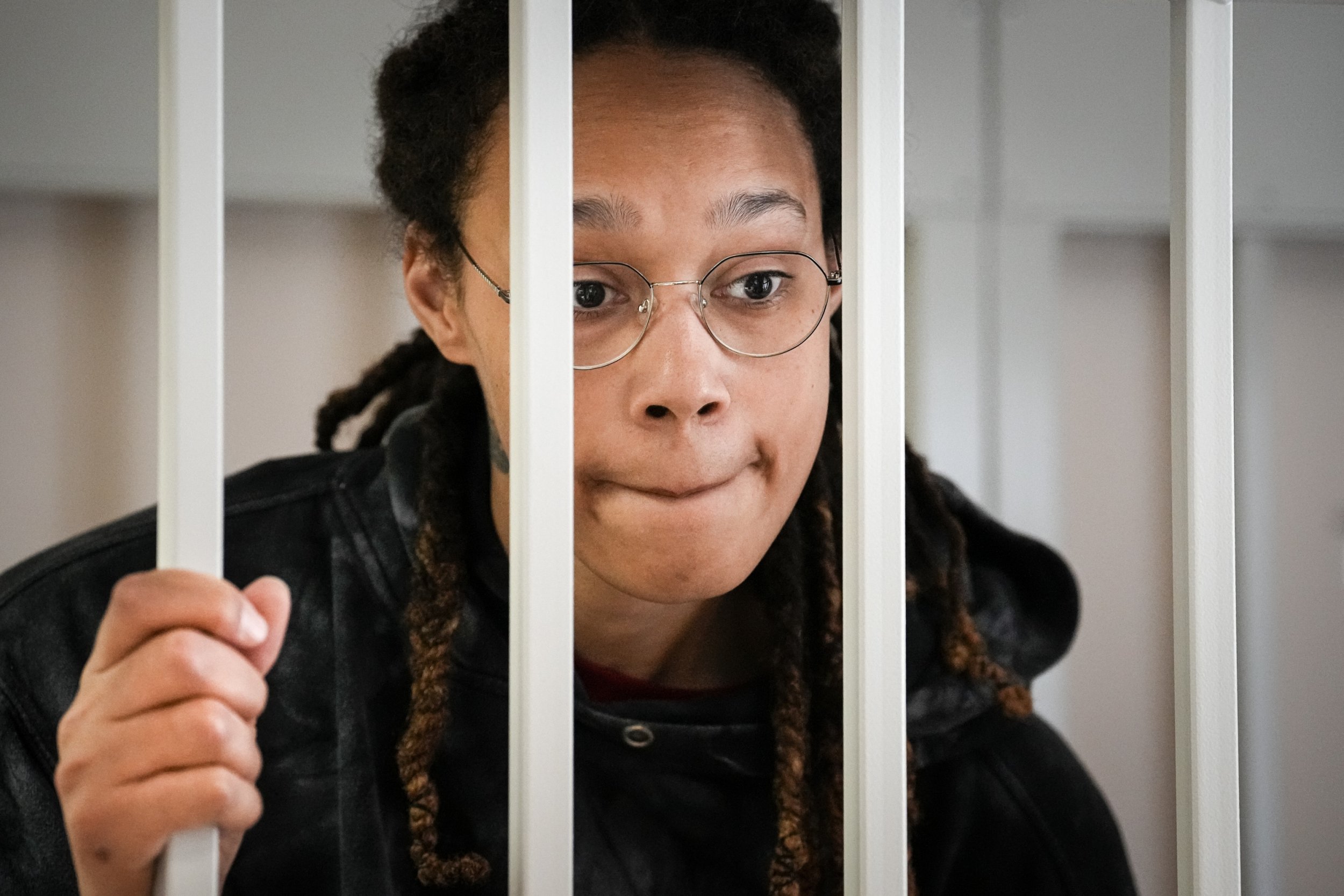 Brittney Griner has been transferred to a Russian penal colony, her lawyers said on Wednesday.

Griner left her cell in Moscow on Friday, November 4. Her lawyers said they do not know exactly where she currently is or which facility she is to be transferred to, but will be notified when she reaches her destination.

‘Every minute that Brittney Griner must endure wrongful detention in Russia is a minute too long,’ White House Press Secretary Karine Jean-Pierre stated on Wednesday.

She continued: ‘The President has directed the Administration to prevail on her Russian captors to improve her treatment and the conditions she may be forced to endure in a penal colony.

Jean-Pierre also noted that the US government made a ‘significant offer’ to the Russians when negotiating for Griner’s freedom. Earlier this year it was reported that the Biden administration offered Russia a prisoner swap deal, hoping exchange Griner for convicted arms dealer Viktor Bout.

‘Despite a lack of good faith negotiation by the Russians, the U.S. Government has continued to follow up on that offer and propose alternative potential ways forward with the Russians through all available channels,’ Jean-Pierre stated.

Last week, US officials met with the WNBA star in a Russian prison for the first time since her conviction.

The state department said they ‘saw firsthand her tenacity and perseverance despite her present circumstances,’ spokesperson Ned Price stated on Twitter. ‘We continue to press for the immediate release of Brittney Griner and Paul Whelan and fair treatment for every detained American.’

Griner was convicted of drug possession in August 4 after security stopped her at a Moscow airport and found a vape pen with cannabis oil cartridges in her luggage.

The WNBA player was traveling to play for a Russian basketball team in the off-season. She was sentenced to serve 9 years in prison.

Griner appealed her sentence, but a panel of three judges denied her request in October.