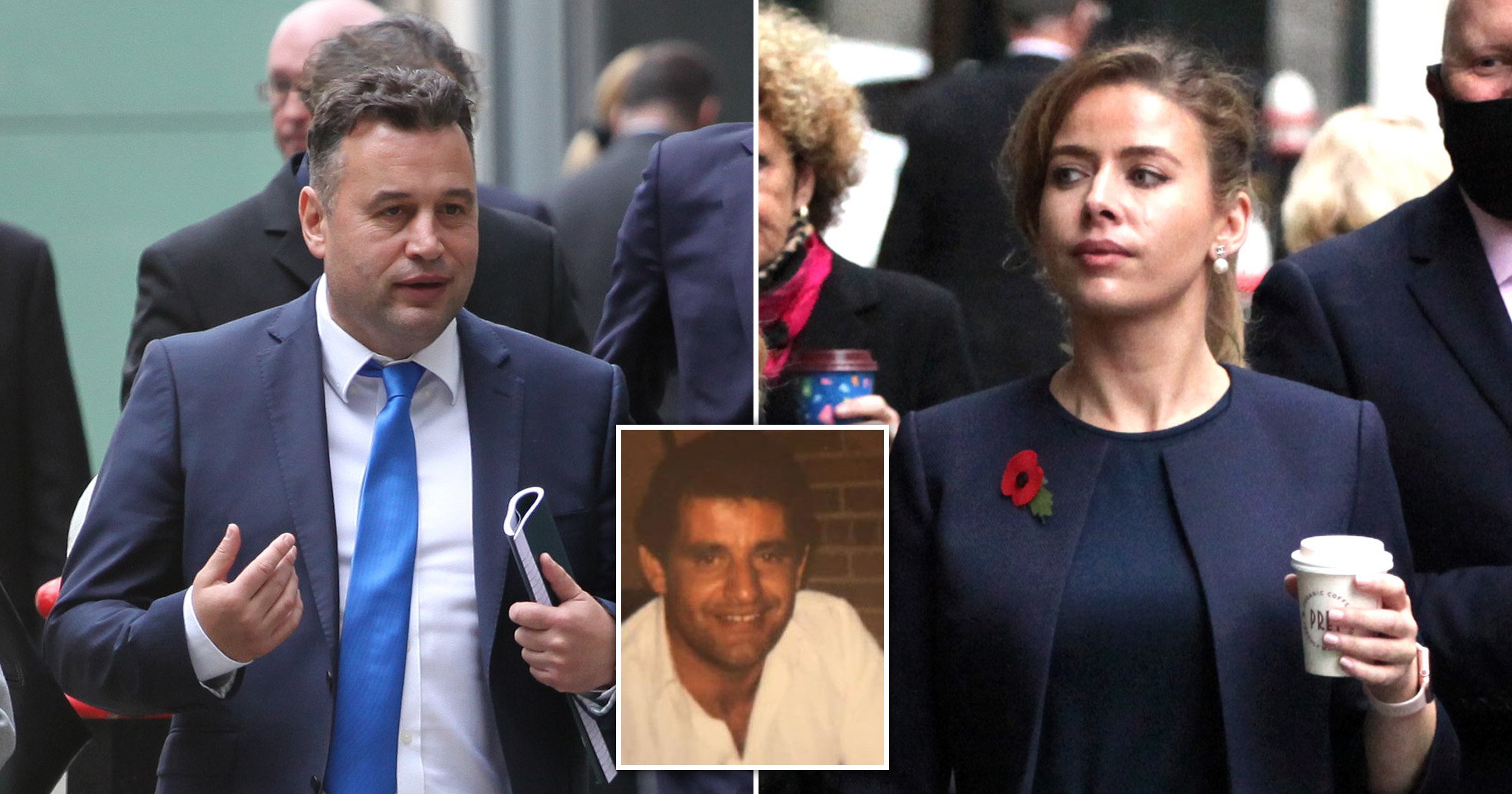 The children of a rags-to-riches property tycoon, locked in a court row over his £100 million fortune, claim one daughter bullied him into leaving her nearly everything.

Hairdresser Louise Reeves, who stands to inherit £80 million, is accused of ‘coercing’ late dad Kevin into bequeathing her most of his estate.

Her siblings allege the 35-year-old convinced her father, who died at the age of 71 in 2019, into rewriting his will because she ‘likes money’.

Mr Reeves, an orphan who left school aged 12 before building a property empire in Southampton, planned to split his wealth between son Bill and daughters Louise and Lisa Murray in a 2012 will.

He also pledged to give the two children of his other, estranged, son Mark a 10% share of his fortune.

But in 2014, he rewrote the will leaving Bill personal possessions worth £200,000 and a fifth to Ms Murray – the rest was to go to Louise.

Bill, 47, and Mark’s son Ryan McKinnon, 24, say Mr Reeves could not have fully understood what he was doing in changing his will.

They claim ‘dominant’ Louise exercised ‘undue influence’ over her father to make him rewrite the document.

Bill’s barrister Constance McDonnell QC told the court that Mr Reeves’ relationship with his son was ‘very close’ and he even offered him a lung when he was declining with a pulmonary disease.

She added: ‘Kevin’s affinity with Bill manifested itself in a decision in 2011 to move into the annexe immediately adjoining Bill’s home, where Kevin lived until his death.

‘Kevin’s relationship with Bill continued to be very close; they saw each other at least every few days – and usually more frequently – and went on holiday together to California and Las Vegas within a few weeks of the date of signing the 2014 will.

‘The closeness between them is further illustrated by the fact that Bill was prepared to donate one of his lungs to Kevin and to fund the necessary surgery.

‘Kevin and Bill had not fallen out about land and deals, and the suggestion that Bill did not lift a finger for Kevin was obviously untrue.’

Mrs McDonell argued Louise had ‘coerced’ Mr Reeves at a time when his health was very poorly.

However, the daughter refuted the claims and claimed her dad groomed her to take over his business.

Louise, who lived with her dad until his death, also said there was no way she – or anyone – could have talked her ‘strong-willed’ dad into doing anything he did not want to do.

If the High Court rules in her favour, Louise will walk away with £80 million, as well as land and a luxurious Rolls Royce Phantom.

Louise’s barrister Thomas Dumont QC argued there is ‘no clinical material linking any of Kevin’s physical health issues to his mental wellbeing’ or ‘any suggestions of vulnerability’.

He added: ‘That Kevin was not in good health is not in dispute, and that much can be gleaned from his clinical records.

‘He was healthy enough to take Louise on the back of his quad bike, for instance to see his horses, and even to ride on horseback himself, around the time he made the 2014 will.’

Mr Dumont refuted any claims there is ‘undue influence’, but that instead this was a ‘sense of grievance’ felt by Bill that he has not been given the inheritance he believes he deserves.