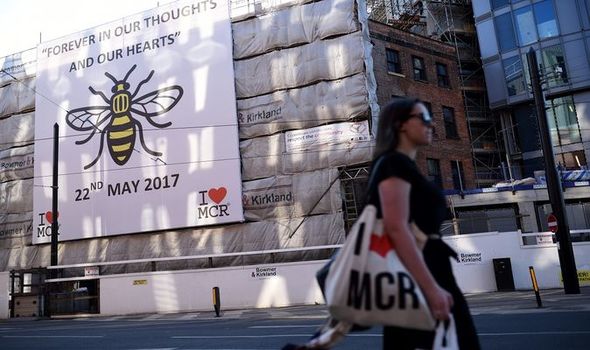 Ismail Abedi, 27, was expected to be asked about the radicalisation of Salman, who detonated the explosives that killed 22 people in 2017. But Paul Greaney QC, told inquiry chairman Sir John Saunders that Ismail was no longer in the UK and there was “no indication” of when he will return. Mr Greaney said: “As he surely must understand, if he does not do so the public may infer that he has something to hide and so, sir, may you.”

Salman’s childhood friend Ahmed Taghdi, 29, was arrested trying to leave the country on Monday and is in custody. He had also been given a court order to attend the inquiry in Manchester this week.

News of Ismail’s disappearance yesterday was greeted with disbelief.

Figen Murray, from Stockport, who lost her 29-year-old son Martyn Hett, declined to comment yesterday. But earlier this year she said hearing from Ismail “would have been one step closer to a tiny bit of contribution of healing for the families”.

On social media, one person wrote: “Why was he not under surveillance given acts committed by his brothers? Seems inconceivable that this individual could skip the country.”

His brother Hashem was found guilty of 22 counts of murder relating to the bombing after helping to plan the attack. He was jailed last year for a minimum of 55 years. Ismail, who lives in Manchester, denies any knowledge of the bomb plot but was found to have “Islamic State” propaganda on his phone.

The inquiry was told that authorities viewed his Facebook account, which included a picture of him holding a machine gun with the Islamic State logo imprinted on the image. His name was used to buy car insurance for Salman and Hashem, neither of whom had a driving licence, for a vehicle they bought to transport materials around Manchester during preparations before the attack.

Taghdi and Ismail were both arrested after the bombing but not charged with any offence.

Last October, the BBC tracked Ismail down to ask why he was refusing to engage with the inquiry but he refused to reply. The Abedis’ parents are believed to be in Libya and are not co-operating with the inquiry either.

Yesterday’s hearing was also told that Taghdi had a return ticket to the UK on October 20. His original destination was not disclosed.

The inquiry has heard that Ismail and Taghdi are key witnesses as the hearings turn to why and how Salman and Hashem became radicalised.

Mr Greaney said: “This is without question one of the most difficult and troubling questions for the inquiry to grapple with.” The hearing continues.