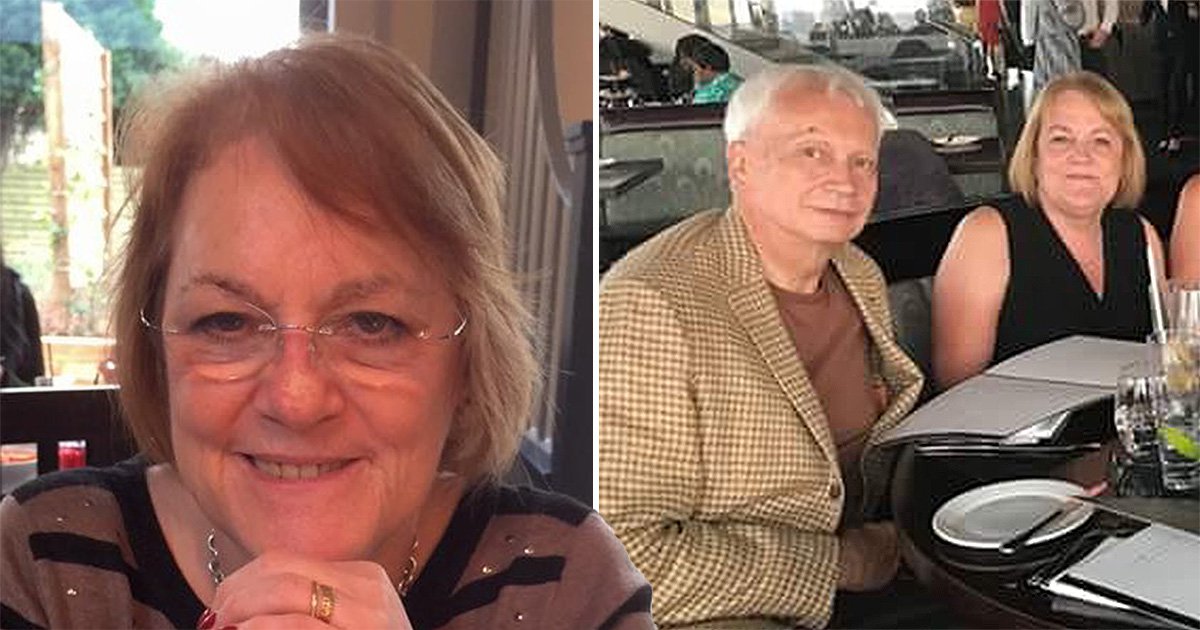 A wealthy former BT executive who killed his wife of nearly 40 years after becoming paranoid she was having an affair with the handyman has been locked up indefinitely.

Leslie Winnister, 69, had ‘lost touch with reality’ by the time he bludgeoned 66-year-old Suzanne Winnister with a marble chopping board at their home in Bexley, Kent, on September 8 last year.

Mrs Winnister was found in a pool of blood in the kitchen of their large detached house, with a post-mortem examination later finding she had died from severe head and neck injuries.

The tragedy came six days after mentally ill Winnister was assessed by a nurse who arranged a further review in a week – the day after his wife’s death.

At the Old Bailey on Friday, Winnister was handed a hospital order without limit of time having pleaded guilty to manslaughter by diminished responsibility.

Judge Wendy Joseph QC told him: ‘The events that led to her death were an unmitigated tragedy for her, for you and for family and friends of you both who can barely bring themselves to believe what has happened.’

She outlined Winnister’s contact with health services in the weeks before the killing, culminating in an assessment by a nurse on September 2 in which he appeared anxious and paranoid.

Judge Joseph said: ‘A further review was planned for one week’s time. Too late. Six days later he killed his wife.

‘Not only was this man palpably ill, everyone knew it. It was apparent before and during the time he killed.’

Earlier, prosecutor Bill Emlyn Jones QC told how the couple’s relationship had deteriorated in late 2019 after Mrs Winnister sent a text to her husband meant for the handyman.

Mr Emlyn Jones said: ‘The defendant questioned her about the “x” with which she had signed off, which she explained was a casual gesture which she in fact routinely used in text messages to all and sundry.’

During the lockdown last spring and summer, their relationship became ‘intolerable’, with ‘paranoid’ Winnister again wrongly accusing his wife of infidelity, trying to poison his food and swapping his Rolex watches for fakes.

On August 4 last year, he attacked the handyman with a crowbar before fleeing his home.

No further action was taken after the handyman declined to make a statement and Winnister moved into a hotel for five weeks.

During that time, a number of attempts were made to have the defendant assessed, and on August 19 his GP requested an urgent psychiatric review, the court heard.

On September 6, Mrs Winnister allowed her husband to come back home after she became concerned he was not eating or looking after himself.

Two days later, Mrs Winnister told her best friend Beverley Johnson that he had been ‘awful’ and was behaving strangely.

That night, September 8, family members became concerned and Mrs Winnister was found in a pool of blood with injuries to her head and throat.

The defendant had gone to the nearby King’s Head pub for a pint and a packet of crisps and was later found walking through a churchyard with blood on his clothes.

As he was arrested, he told officers: ‘I’ve just had a terrible day.’

At the time of the killing, Winnister was psychotic having ‘entirely lost touch with reality’, he said.

Judge Joseph quizzed him about Winnister’s contact with health professionals, who failed to recognise the risk he posed to his wife.

She said: ‘So when a nurse says go away and come back in seven days’ time, it does not occur to anyone in six days’ time he will have brought his wife’s life to an end?

‘It’s clearly a tragedy. Was it a preventable tragedy in your judgment?’

Dr Blackwood suggested that if Winnister had seen a psychiatrist rather than an old age service nurse, more used to looking for signs of dementia, the risks would have been clear.

In a victim impact statement, Mrs Winnister’s best friend Mrs Johnson wept as she described her as a ‘very caring and considerate person’.

Family member Simon Cox, who found her body, condemned the killing as ‘brutal, callous and cowardly’.