Royal Family staff have once again brought the Union Jack to full mast after lowering it after the announcement of Prince Philip’s death on April 9. The flag remained lowered throughout the eight-day national mourning period that culminated with the Duke of Edinburgh’s funeral on Saturday. The Royal Standard remained absent as the Queen will be remaining at Windsor Castle, where she had been shielding with the Duke since the start of the pandemic in 2020.

Rather than a state funeral, the Royal Family opted for a ceremonial service in line with Prince Philip’s wishes for a small scale funeral.

Only 30 members of the family were allowed to attend the service due to the ongoing coronavirus restrictions on funerals.

The Queen, who was accompanied to St. George’s Chapel by her lady-in-waiting Lady Susan Hussey, stood alone in the church as relatives stood socially distanced.

The Royal Family will resume duties from Monday but will continue to don black and wear mourning bands where appropriate for another week.

JUST IN: Prince Charles plans to confront Harry during walk around Windsor today 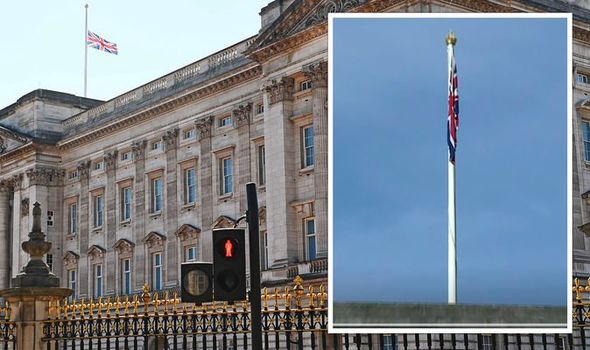 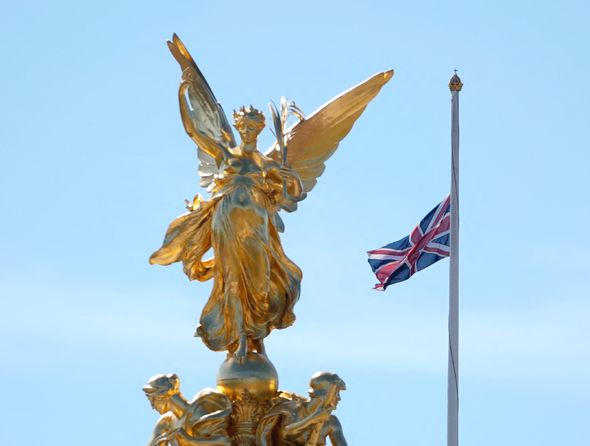 Body language expert Judi James said the royals appeared “surprised at how hard Philip’s death had hit them” during the service.

She described the Queen as looking “very vulnerable and frail”, while her son the Prince of Wales became “isolated in his own grief” as the funeral continued.

Family plans for Sunday have not been made public and it is not known how long Harry intends to stay in the UK before heading back to his pregnant wife in the US.

At 3pm on Saturday the nation came to a halt to observe a minute’s silence in memory of the duke who died a few months short of his 100th birthday.

READ MORE: Sophie and Edward to fill the void left by Harry and Meghan now public roles are gone