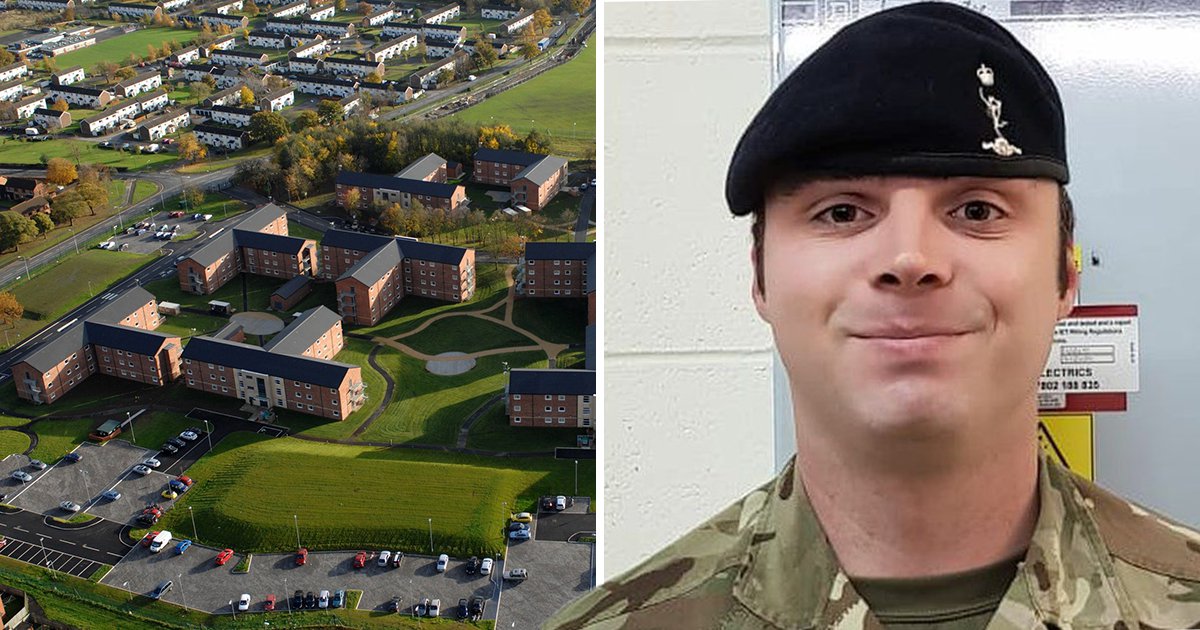 The British army committed serious failings in its duty of care to a soldier who died in his barracks and lay undiscovered for three weeks, an investigation has found.

The decomposing body of Lance Corporal Bernard Mongan, 33, was found in his base in Catterick, North Yorkshire, in January last year.

None of his colleagues or commanding officers noticed he had been missing.

An internal inquiry report concluded the delay in discovering Bernard’s fate was ‘unacceptable and profoundly regrettable’, according to a copy seen by the BBC.

Part of the report – which has yet to be published – reads: ‘Failings in the proper management of personnel led to the delay in the discovery of L/Cpl Mongan’.

It also found Bernard’s complaints of bullying and warnings about his welfare were not properly investigated or passed on.

A total of 45 errors in the soldier’s care were identified by the army’s service inquiry, according to the Daily Mirror.

His widow Beth, 31, said: ‘It’s clear he felt bullied, this was not investigated properly, his mental health suffered, he was telling people he was afraid and he was not checked properly in the days before he died.

‘If those checks had been carried out properly, we might not be here now.’

The Royal Signals soldier, who had served in Iraq, spent his Christmas 2019 leave in his room at Catterick Barracks, and was due to join the Army’s 77th Brigade in Berkshire on attachment two weeks before he died.

Duty officers at Catterick had been told to contact soldiers staying at the base over Christmas to ensure they were safe and well.

But the inquiry found this plan was ‘not been communicated and implemented as effectively as it should have’, the BBC reported.

Bernard’s new superiors at the 77th Brigade then failed to notice his absence as there was no roll call or head count, which the inquiry called ‘distressing’.

The 33-year-old was the victim of a serious assault in Catterick in 2018 which was being investigated by the Royal Military Police. Victim support was deemed ineffective by the inquiry.

In 2016, a report that he had made ‘an attempt on his own life’ was addressed but the information was not passed on.

As recently as 2019 he was said to be in an ’emotional state’ – with one witness at Catterick finding him ‘sat on his bed… uncontrollably crying’.

Brig Edward Chamberlain, the head of the army personnel services group, said in a statement: ‘There were clearly failings in our duty of care to lance corporal Mongan.

‘The delay in discovering he was deceased was unacceptable and profoundly regrettable. We are truly sorry that such a situation should have arisen.’

He said the wellbeing of members of the armed forces was critical, adding: ‘In this case, we fell short of the standard which our armed forces and their families are entitled to expect, and for that we apologise.

‘We will implement all the recommendations in the service inquiry to ensure an incident like this does not happen again.’

Kinship carers at ‘breaking point’ due to ‘dump and run’ approach, charity says

Coronavirus experts don't know how fast it could spread on Tube